Eighteen years after the 9/11 attacks, Islamist extremism doesn’t make much news — but it’s not for lack of trying 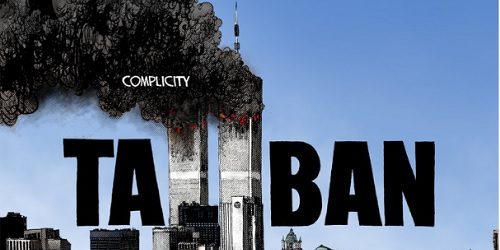 Eighteen years after the attacks on the World Trade Center, many Americans believe that the threat of Islamist terror is played out — but that’s only because our counterterrorism efforts have been so successful.

Attempted terror attacks no longer make front-page headlines, but the list of foiled plots to kill American citizens is long and chilling.

This past summer saw arrests of potential terrorists who would have killed dozens or hundreds of people if successful.

Asainov is accused of having been an ISIS sniper and weapons instructor. A naturalized U.S. citizen (he was born in Kazakhstan) who lived in Brooklyn for nearly 15 years, Asainov traveled in late 2013 to Istanbul, a common entry point to Syria.

There, he joined ISIS and rose through the ranks to become an “emir” in charge of weapons training. He tried to recruit other Americans to fight for ISIS in Syria. Asainov messaged a government informant, exclaiming in reference to ISIS, “We are the worst terrorist organization in the world that has ever existed!” He still yearned to die on the battlefield for jihad, Asainov told the informant.

A 19-year-old American citizen born in Pakistan and raised in a middle-class neighborhood, Chudhary planned to attack pedestrians on a bridge over the Grand Central Parkway to the Flushing Bay Promenade or at the World’s Fair Marina, both of which he had visited repeatedly to scout where he could kill the most people.

He planned to record his attack to inspire others. He intended to use a knife, he told an agent, unless the agent could show him how to bomb a “mini-bridge over a busy road with many cars.” He was arrested en route to retrieve items he had ordered online for the assault — a tactical knife, a mask, gloves, and a cellphone with a chest and head strap to enable him to record his slaughter hands-free.

Asia Siddiqui and Noelle Velentzas, both U.S. citizens and Queens residents, pleaded guilty to distributing information about how to make and use explosive devices and weapons of mass destruction. Continue Reading….