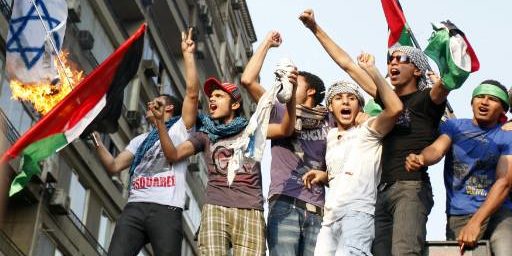 Is it true? If so, why? Sadly, the Palestinians are known for betraying their Arab brothers, even effectively stabbing them in the back. The Palestinians, for example, supported Saddam Hussein’s 1990 invasion of Kuwait – a Gulf state that, together with its neighbors, used to give the Palestinians tens of millions of dollars in aid each year.

This disloyalty is precisely how a growing number of Arabs, particularly those living in the Gulf states, have been describing the Palestinians for the past few years.

In recent months, however, Arab criticism of the Palestinians, mostly aired through traditional and social media, has further escalated, and sometimes turned ugly.

Some Arab writers and journalists expressed outrage over the Palestinians’ opposition to peace plans, particularly the US administration’s yet-to-be-announced “Deal of the Century.”

They accused the Palestinians of losing countless opportunities and said that the “Deal of the Century” could be the Palestinians’ “last, best chance to achieve a state.”

At the core of this deep sense of disillusionment is the Arabs’ belief that despite all they did to help their Palestinian brothers for the past seven decades, the Palestinians have proven to be constantly ungrateful toward the Arab and Muslim people and states.

Such a widespread view as that now being expressed in various Arab states accuses the Palestinians of betraying their Arab and Muslim brothers. As an Arab saying goes, it accuses them of spitting in the well they have been drinking from. The image refers to the financial aid that Palestinians have received for decades from many Arab states. Continue Reading….