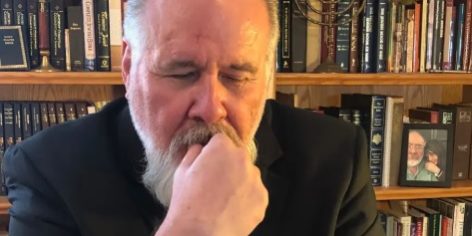 Orthodox rabbis and Evangelical Christians equally believe that the world is on the cusp of the Battle of Armageddon and that “we are about to see the messiah,” said Dr. Jeffrey D. Johnson.

In an interview with The Jerusalem Post, Johnson said that the reality of devout Jewish and Christians sharing this common bond, “should cause us all to pause and say, ‘Oh my word, there is hope here.’ In a world of great despair, there is hope in the messiah.”

Specifically, he said the common bond is in the belief that one day soon, there will be a war as described in Ezekiel 38-39, in which Israel will battle a coalition led by Persia, which is considered today to be Iran, and through this battle the messiah will come.

He admitted that while there may be some theological differences about who the messiah is, the narratives are strikingly similar.

“It’s a common bond,” he said, and the premise of Johnson’s new book, Divine Mysteries: Concise and Thoughtful Ancient Biblical Wisdom. In the work, the author uses both the Tanakh (known by Christians as the Old Testament) and the New Testament to explain some of the Bible’s most perplexing issues.

Johnson, whose mother is Jewish but said he considers himself a Christian, is a former adjunct professor of systematic theology and has taught at universities around the world, including Harvard and Oxford. He is also the founder of Israel Today Ministries, which has provided tens of thousands of meals to poor Israeli children and Holocaust survivors.

He says that any leader or pastor who wants to eradicate the Old Testament from modern-day Christianity is making the New Testament irrelevant as well. This goes against generations of Christians who understood that the Church has replaced Israel, and that the Jewish Bible became obsolete. Known as replacement theology, this doctrine diminishes the significance of Israel and the predictions of the Jewish prophets concerning Israel and the restoration of the Jewish people in their land. Continue Reading….