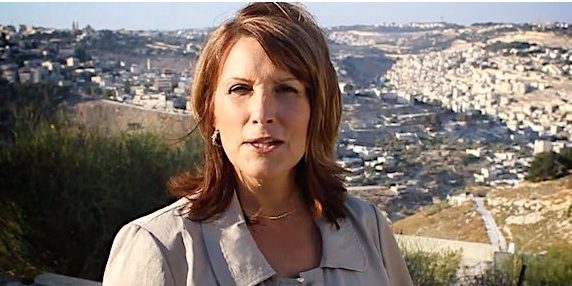 A recent tweet from Omar revealed that the rookie congresswomen had planned to visit Bethlehem with the notorious “Christ at the Checkpoint” organization, an anti-Semitic Palestinian group that said Jesus was a Palestinian and has covered-up the mass exodus of the city’s “legitimate” Christian population since it came under Palestinian Authority Control. Cardoza-Moore highlighted the dire situation in Bethlehem for Christians and exposed Christ at the Checkpoint in her recent award-winning documentary: Boycott THIS!

Laurie Cardoza-Moore commented: “The majority of Christians left Bethlehem since the Israeli government agreed under the Oslo Accords in 1993 to allow the Palestinian Authority to govern the affairs of the city. A day that would forever change the living conditions for Christians in Bethlehem. Omar and Tlaib were planning to visit the birthplace of Jesus Christ with a subversive anti-Semitic organization that seeks to cover-up the daily persecution of the true followers of Christ at the hands of the Palestinian Authority. Continue Reading…