As US-Iran tensions escalate, American Jews are warned they could be targeted 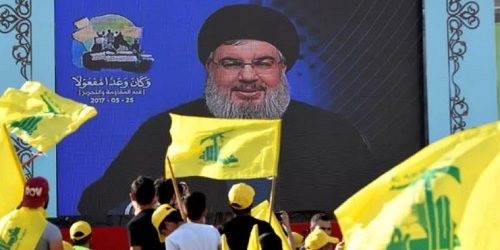 In 1992, Israel killed Abbas al-Musawi, a founder of the Hezbollah terrorist group in Lebanon, in a dramatic helicopter attack. Iran, Hezbollah’s primary funder, threatened to retaliate – talk that was somewhat expected for a country that routinely calls for the destruction of Israel.

But two years later, a suicide bomber drove a van loaded with explosives into the AMIA Jewish center in Buenos Aires, killing 85 and injuring hundreds more. Multiple intelligence agencies have identified Hezbollah and Iran as the masterminds of the AMIA attack, and many now see the bombing as retaliation for the al-Musawi assassination.

So when Iran threatened a leading Washington think tank with sanctions and other unspecified measures over the weekend, it raised red flags. With tensions between the Unites States and Iran on the rise, US government officials are warning Jewish communities across the country to be on the lookout for threats that could originate with Iran or its proxies, including the Lebanese terrorist group Hezbollah.

The targeted Foundation for Defense of Democracies, which counsels hawkish policies toward Iran, certainly isn’t taking any chances.

“Law enforcement is taking a close look at the Islamic Republic’s threat against our think tank,” a foundation official told the Jewish Telegraphic Agency.

Much of the recent Jewish security focus has been on white supremacists, but federal authorities have their eye on Iran.

A game of chicken in and near the Persian Gulf — the United States and its allies and Iran are targeting each other’s ships — could spill over into the United States, federal officials have warned Jewish community officials. Since its revolution in 1979, Iran has habitually taken hostilities to the backyards of its perceived enemies. Continue Reading….