Crisis on campus: A new generation of galvanized young Jews learns how to fight anti-Semitis 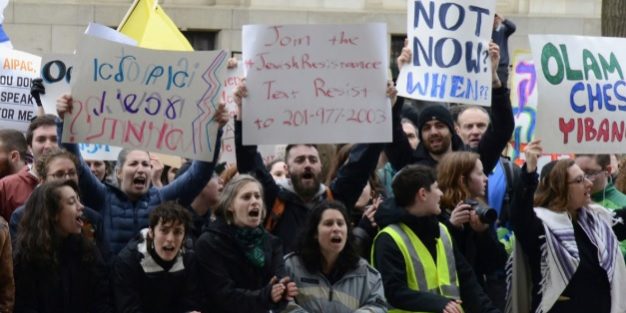 IfNotNow has a plan. It’s determined, according to its website, to create nothing less than “a movement led by young Jews to reclaim the mantle of Jewish leadership from the out-of-touch establishment.” Or, more specifically, to be “the generation to end our community’s support for the occupation.”

Since the term “occupation” is increasingly equated with the very existence of the State of Israel, these words written by young Jews are chilling to many for whom Israel is at the very least a safety net preventing future Holocausts, and at its height the answer to a prayer by generations of Jews who never had the opportunity to find life-saving sanctuary within its borders.

Only four years old, IfNotNow (INN) is now on a force on American campuses, poised to overshadow the more established anti-Israel student group the Jewish Voice for Peace (JVP). INN employs guerrilla tactics like hosting “anti-occupation” seders on a number of campuses, training Jewish camp counselors to brainwash their campers about the “occupation,” intercepting Birthright Israel travelers to warn them of the “evils” of the country they are about to visit and staging media events of Birthright students walking off their trips to join anti-Israel groups.

INN is not a lone gunman, but it’s emblematic of the explosive growth of the anti-Israel forces on American campuses—one that threatens to take more prisoners as school starts up again. Forces that include not only student groups funded by Arab and Arab sympathizing groups and anti-Israel faculty, many of whose salaries are paid by funded chairs that often bring millions into a university’s coffers.