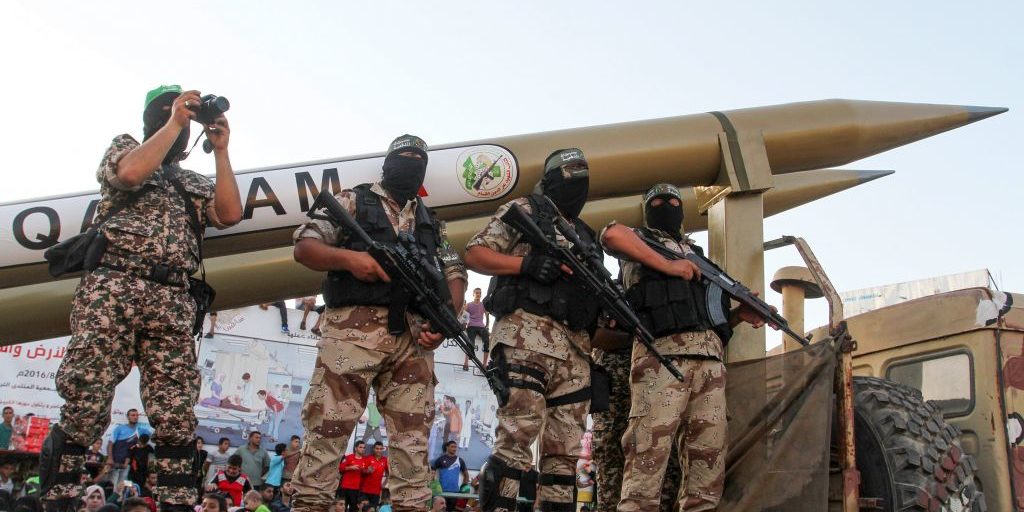 A strange, startling, and deeply unfamiliar sound was heard this week. A Trump tweet imploding perhaps? Kim Jong-Un finally destroying his nuclear arsenal? A distant rumble from the Hawaii volcano?

No. It was the sound of the European Union and United Nations loudly supporting Israel against attack.

In the heaviest onslaught since 2014, southern Israel was attacked from Gaza this week by Islamic Jihad and Hamas forces launching dozens of rockets and mortars, as well as bursts of machine-gun fire. An Israeli kindergarten was hit, although no one was hurt. After Israel pummeled terrorist targets, Egypt brokered a truce.

What was striking is that the Israel-averse European Union, along with the United Nations, France, Italy, Germany, and Ireland criticized the Gaza attackers and expressed support for Israel.

France declared that its commitment to Israel’s security was “unwavering.” Germany said the targeting of Israeli civilians was “malicious” and it was “Israel’s right to preserve its security, defend its borders, and respond proportionately to attacks.”

Yet two weeks earlier, when Israel defended itself against the attempt by Hamas to storm the Gaza border and murder Israeli civilians, those same European nations and the UN grossly misrepresented what happened as the killing of unarmed civilians in “peaceful protests” — even though the vast majority of those killed were terrorists.

Well, first of all, the situation on the ground.

When Hamas began its weekly riots at the Gaza border fence, some took this as the sign of an inevitable escalation to all-out war. Yet on May 14 — the day of the heaviest onslaught that provoked the EU criticism — Hamas abruptly called off its invasion. Whatever the reason, the decision was taken to cool it.

Then suddenly, Islamic Jihad launched its missile onslaught aided and abetted by Hamas. It was clear that this did not enjoy wide support. Russia didn’t want it. Egypt didn’t want it. The Gulf states will tolerate nothing that gets in the way of their tacit alliance with the United States and Israel against Iran. Even Hamas reportedly got cold feet over the scale of the attack.

So who wanted it? Step forward the Islamic Republic of Iran, backers of Hamas and patrons of Islamic Jihad. And why did Iran want it? Because the regime is distinctly rattled.

America’s withdrawal from the nuclear deal has thrown it into disarray. The United States is threatening to impose further sanctions. The Iranian rial is in free-fall. The recent speech by Secretary of State Mike Pompeo extended US policy way beyond curtailing Iran’s nuclear activities.

Iran, he said, must stop supporting Hezbollah, Hamas, and Islamic Jihad, support disarming Shi’ite militias in Iraq, and withdraw from Syria. The United States would work to counteract Iran’s cyber activities, and track down its operatives and proxies and “crush” them.

Israel is also now destroying more and more Iranian assets in Syria with US backing.

Moreover, a wedge is being driven between Russia and Iran. Russia needs stability in the region to safeguard its interests. The last thing it wants is for Israel to be drawn further into Syria. So Russia is trying to keep Iranian forces away from Israel’s northern border and has said the Islamic Republic should pull its forces out of Syria once a political settlement is reached.

Galvanized by the new US-led dynamic, the Iranian people are continuing to revolt. There’s now a Twitter hashtag in Farsi calling for regime change, as well as another that reads, “Thank you Pompeo.” If this escalates, the Iranian people could possibly bring down the regime.

In the space of a few months, therefore, Iran has gone from being an unstoppable regional force to scrabbling to survive. So in desperation, it is playing two of its remaining cards.

The first was using its proxies in Gaza to unleash the missile barrage against southern Israel. The second is its urgent wooing of the European Union to persuade it to defy the American call to impose global sanctions.

When it came to the Gaza border riots, however, the European Union was not united in its condemnation of Israel. The Czech Republic’s Foreign Minister Martin Stropnický said that rushing the security fence should be regarded as a form of terrorism.

Earlier, Hungary, Romania, and the Czech Republic blocked an EU statement condemning the US embassy move while other countries, including Slovakia, Greece, and Poland reportedly also expressed reservations. On Monday, European foreign ministers discussed Gaza at their monthly meeting but failed to issue a statement, a sign that they couldn’t reach a consensus.

But the real reason for the EU’s surprising change of tone is surely that the presence of Donald Trump has changed everything.

America backed Israel strongly over the Gaza riots. While eight EU members lined up at the United Nations to call on Israel to refrain from using “excessive force” against “peaceful protests,” US Ambassador Nikki Haley said the violence came from those who rejected the existence of the State of Israel. “Such a motivation — the destruction of a United Nations member state — is so illegitimate as to not be worth our time in the Security Council, other than the time it takes to denounce it,” she said.

Donald Trump has changed the EU’s relations with the US. Meanwhile, Italy is politically imploding and threatening the whole EU project. The financier George Soros has said that the European Union is now facing an existential crisis.

Is the EU going to choose this moment to get up America’s nose still further? Hardly. In my opinion, it was presumably anxious to demonstrate to Trump that, despite its earlier sanitizing of Hamas as “unarmed protesters,” it was really against Hamas after all.

If so, such declarations won’t cut it. For the world has reached a tipping point and Iran is key. To avoid a truly terrible conflagration, the Iranian regime must be brought down.

Israel, the United States, the Gulf states, and the Iranian people are behind such a strategy. Astoundingly, Britain and the European Union stand with the regime against them. They must now decide if they will join the attempt to defeat the forces of evil or else suffer the consequences.

Melanie Phillips, a British journalist, broadcaster and author, writes a column for JNS every two weeks. Currently a columnist for The Times of London, her personal and political memoir Guardian Angel has been published by Bombardier, which has also published her first novel The Legacy, released in April. Her work can be found at her website www.melaniephillips.com.