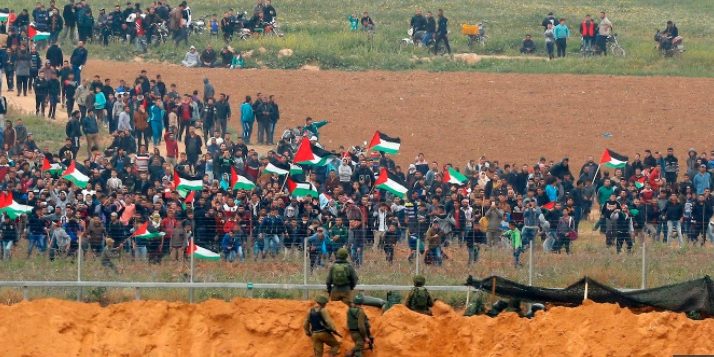 As of this writing, Israel is enjoying several days of relative calm thanks to a ceasefire brokered by Egypt. However, in the days leading up to this ceasefire, the Hamas terrorist government of Gaza, in partnership with a separate Islamic Jihad group, bombarded southern Israel with over 184 mortars and rockets causing mayhem and terror in Israeli towns and villages along the Gaza border. Two women panicked and jumped into their cars presumably in an attempt to flee but sadly the falling rockets and resulting terror and panic resulted in the death of both. Depending on ones proximity to Gaza, Israelis have only seconds to find the safety of a bomb shelter once the red alert siren goes off. Exploding bombs and rockets cause incredible damage but it’s the shrapnel, which causes the most harm. When a rocket explodes, the shrapnel spews in every direction ripping through houses, cars and human flesh and bone. Even the percussion can cause serious damage which is something I personally experienced in one of Israel’s past conflicts. The Red Alert siren went off so I entered the nearest bomb shelter along with members of my team. We heard a rocket fly overhead and explode so we assumed the danger had passed. Just as I was exiting the shelter a second rocket hit and exploded so close that I was literally blown off my feet and back into the bomb shelter. It was terrifying. This is what Israelis living in the south face every day. You may be wondering why they don’t move. Well, if they did, the terrorists would only move in closer. During the latest attack against Israel a bomb landed in a schoolyard. Thank the good Lord it happened an hour before school was to start so no children were hurt.

Even when there is no official ceasefire in place, some days are quieter than others. In recent weeks due to intensified aggression by the Palestinians, all Israelis living in southern towns near Gaza were recently advised to stay in bomb shelters. This is anything but a pleasant or comfortable experience. Most bomb shelters are meant for short-term use only as they do not have running water or facilities and are not climate controlled. In the summer, southern Israel can be very hot and humid. Imagine being a mother with several small children and perhaps an elderly parent having to live inside a bomb shelter. If the situation were reversed and it was the Palestinians being forced to live this way, the world would be rushing to their aid but since it’s Israel, the world is indifferent.

The stories, which will eventually reach the U.S. through the anti-Israel media, will not resemble the actual and factual truth. They’ll probably begin by declaring that Israel fired on Palestinians as they were peacefully protesting along border. They’ll be little mention of the tires set on fire by the Palestinians to create smoke screens as they attempt to cross the border. Nor will they mention the fields set on fire by flaming kites and balloons or the booby traps set along the border fence to kill IDF soldiers. There will be no mention of the Muslim terrorists from Gaza firing on innocent Israelis as they work their fields to harvest what’s left and put out fires. It’s likely that not one report will convey that Israel has been in a purely defensive posture responding to the illegal rain of enemy rockets and mortars. Israel’s Iron Dome has done a remarkable job of eliminating enemy rockets in the air and the IDF has done a remarkable job of keeping civilian casualties to a minimum.

The current situation in Gaza is undoubtedly the worst conflict since 2014. As I stood on the border looking across the field toward Gaza, I felt certain a full blown war could erupt at any moment. While it did not happen, I am persuaded the lull is only temporary and a major war is on the horizon.

On all fronts, Israel’s military is on high alert. What’s happening in Gaza could easily spread northward. In fact, it’s widely believed that Iran was behind recent attacks from Gaza in retaliation for Israel’s destruction of Iranian bases in Syria. Several missiles, which landed in Israel, were identified as being of Iranian origin.

Even with the current ceasefire, tension is high in southern Israel as Hamas has a history of breaking agreements. For the citizens of Sderot, the Red Alert sirens are a part of normal life. After all, more than 20,000 mortars, rockets and missiles have landed in this tiny town since 2005 when Israel unilaterally disengaged from Gaza giving it to the Palestinians in exchange for peace. The Palestinians received the land but Israel has yet to receive any peace.