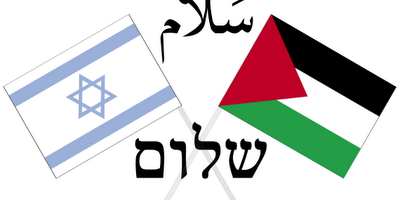 On Friday morning it was reported that US President Trump’s plan for a peace agreement between Israel and the Palestinian Authority (PA) was revealed to Israeli Defense Minister Avigdor Liberman during his visit to Washington last week. According to the report, Israel will be called upon to relinquish four sections of Jerusalem that will serve as the capital of a newly formed Palestinian state.

In its initial stages, the presidential peace plan will require Israel to secede from Jebl Mukabar, Isawiya, Shuafat and Abu Dis, Arab majority sections of Jerusalem. Maariv, a Hebrew language news service, reported on the newly revealed plan, saying that “it can be assumed that the transfer of these neighborhoods is the first stage in turning East Jerusalem into the capital . According to the report, the plan does not include the Old City-which will be recognized as an international territory.”

It has already been reported that the agreement will include total US support for Israel in anything concerning the Iranian nuclear weapons program. The US will also support Israel in the international forum should Israel decide to act directly against Iran. The US support in will include substantial military aid, including advanced weaponry, should a conflict break out with Syria or Iran, even if the conflict is initiated by Israel.

Liberman’s office refused to comment on the meetings to Maariv and US officials categorically denied the report to the Jerusalem Post.

Angered over US recognition of Jerusalem as Israel’s capital, PA officials have refused to meet with US representatives who have come to the region in recent months. Last month, President Mahmoud Abbas said the PA will not accept any US peace plan.

The full peace plan is expected to be revealed after the opening of the US Embassy in Jerusalem on May 14.