Hoenlein: Like UK, France of old, Iran and Turkey are trying to carve up region 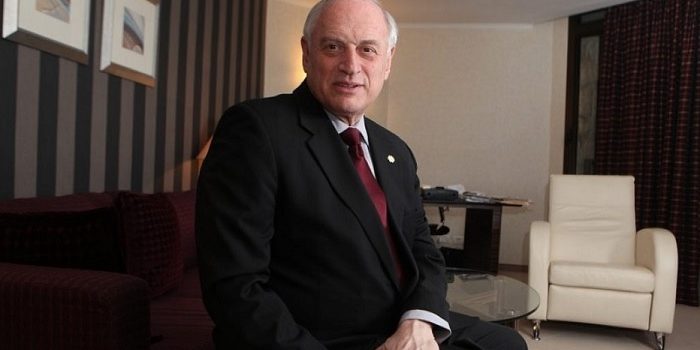 The head of American Jewry’s main umbrella group warned that Iran and Turkey are working aggressively to carve up the Middle East, much as Britain and France did in the Sykes-Picot agreement of a century ago, and that the whole world will be adversely impacted for decades if they are able to do so.

Two empires — the Ottoman and the Persian — are being “resurrected” and are “redrawing the lines of the Middle East,” Malcolm Hoenlein said. “We’re reliving the 1920s. What happened with Sykes-Picot is happening now. But it’s not the French and British, it’s Iran and Turkey… We’re seeing a redrawing of the Middle East which could impact us for decades to come…This affects Africa. This affects Asia. It’ll affect Europe. It’ll affect everybody.”

To face up to the threat, Hoenlein urged the US to more visibly support its friends and allies, notably including Egypt’s President Abdel-Fattah el-Sissi, and to ratchet up sanctions on Iran, among other steps.

Interviewed by The Times of Israel on Monday, ahead of the Conference of Presidents of Major American Jewish Organization’s annual leadership mission to Israel later this month, Hoenlein also said he believes US President Donald Trump has a realistic chance of brokering Israeli-Arab peace, and that his bid to do so marks a real opportunity for Israel.

“A strong president can deliver for everybody, if it’s done right,” said Hoenlein, the Conference’s longtime executive vice president. “We haven’t tested the capabilities really, but he certainly is invested, he’s appointed people to do it. For Israel it’s a unique opportunity. So, could he? Yeah. I think strong leaders are the ones who can get things like this done.”

At the same time, however, Hoenlein assessed that Mahmoud Abbas’s bitterly anti-Trump and “anti-Semitic” speech in Ramallah last month marked a “turning point” in the US president’s attitude to the Palestinian Authority president. Trump, said Hoenlein, is furious with Abbas for, as he sees it, “walking away” when he was trying to initiate a process, and now regards Abbas as “just not interested in talking, not interested in negotiations” and as having insulted the US.