Relocating US Embassy to Jerusalem – US interest! 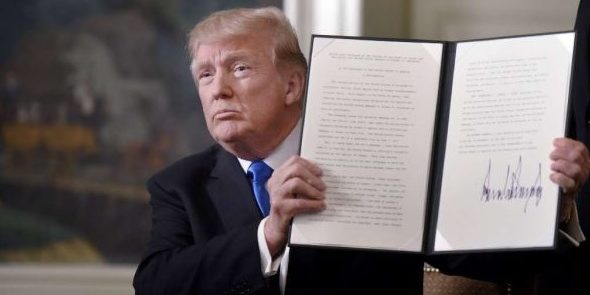 By Ambassador (ret.) Yoram Ettinger, “Second Thought: a US-Israel Initiative”
1. Recognizing Jerusalem as Israel’s capital, and relocating the US Embassy to Jerusalem – as prescribed by the 1995 Jerusalem Embassy Act – represent President Trump’s resolve to focus on US interests, defy Arab pressure/threats, and overrule the politically-correct bureaucracy of the State Department.

2. Relocating the US Embassy to Jerusalem underscores the resurrection of the US independent unilateral – rather than multinational – action.  It distinguishes the US President, Congress and most Americans from the US foreign policy establishment, the UN worldview, and Europe’s vacillation and cave-in.

3. It signals a determination to resurrect the US posture of deterrence, reflecting the realization that succumbing to Arab pressure/threats fuels violence, while defiance of pressure/threats deters rogue elements and advances security, and therefore advances the prospects of peace.

4. Palestinian terrorism and hate-education were fueled by the December 1988 US recognition of the PLO, the 1993 Oslo Accord Israeli concessions to the Palestinians, and the 2005 Israel’s uprooting of Jews from Gaza.  On the other hand, the 2011 US veto of a UN Security Council condemnation of Israel’s settlements policy was not followed by anti-US terrorism, contrary to assessments made by the State Department.

5. The non-implementation of the 1995 Jerusalem Embassy Act has not advanced the peace process, but radicalized Arab expectations, forcing them to outflank the US from the maximalist side. It has undermined the US posture of deterrence, which is critical for the US national security and global sanity.

6. Relocating the US Embassy to Jerusalem is consistent with the US ethos from the early Pilgrims and the US Founding Fathers until today. It is reflected by the 18 Jerusalems and 32 Salems (Shalem was the original name of Jerusalem) in the US, and by the spelling of JerUSAlem.

7. Relocating the US Embassy to Jerusalem reflects a determination to avoid repeated errors, thus bolstering the US posture of deterrence, while complying with the US law of the land, and embracing the state-of-mind of most Americans.