Trump’s Christmas Gift to Israel – Is It a Fulfillment of Prophecy? 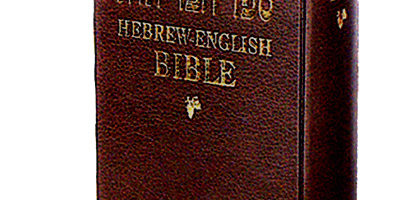 And in that day will I make Jerusalem a burdensome stone for all people: all that burden themselves with it shall be cut in pieces, though all the people of the earth be gathered together against it.” (Zechariah 12:3)

Jerusalem has always been a focal point of tension and conflict, from biblical times right through the present. And, if the prophet is to be believed, the situation is only going to become more strained until those who oppose God’s plans are broken upon the walls of Jerusalem.

US President Donald Trump was just playing his role in this saga by declaring:

“I have determined that it is time to officially recognize Jerusalem as the capital of Israel.”

And yet, for many in Israel, Trump’s assertion that recognizing Jerusalem as Israel’s capital will actually facilitate peace rings true.

Israel has been trying for decades to make peace based on the formula of meeting Arab land demands in return for a reduction in terrorist violence.

One of the reasons it hasn’t worked is that many in the Arab world still cling to the fantasy that Israel is an illegitimate and temporary phenomenon. And that fantasy has been fueled by the fact that too few in the international community have recognized Israel’s historical and religious claims to this land and to this city.

Having the United States officially back Israel’s claim to Jerusalem could very well serve to pacify hostile Arab elements.

Or, it could further inflame the situation.

Only time will tell if Trump’s historic announcement advances Zechariah’s prophecy, or is merely a passing phenomenon, as many still hope of Israel itself.