Israel-Hezbollah war is inevitable, sure to be devastating — defense experts 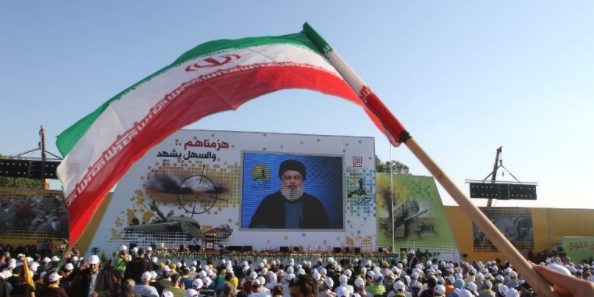 A war between Israel and the Iran-backed Hezbollah terrorist group is inevitable, though not necessarily imminent, and will be unavoidably bloody for both sides, according to an assessment by a number of former generals from around the world, known collectively as the High Level Military Group.

In an extensive report, published Wednesday, the organization details both the IDF’s and Hezbollah’s reorganization in the 11 years following the Second Lebanon War, the last time the sides engaged in all-out combat with one another. The High Level Military Group (HLMG) also describes the strategies each side will use in the apparently approaching war, as well as the potential pratfalls of those plans.

“Hezbollah doesn’t want a conflict to break out at present, given it is still seeking to consolidate its gains in Syria and continue preparations in Lebanon. However, its actions and propaganda suggest that it considers its ability to fight a war with Israel as a given,” according to the report.

“The timing of such a conflict is likely to be determined by miscalculation as much as decision-making in Iran and Lebanon.”

The group said that should such a war break out, it will likely be “more violent and destructive than the previous ones,” due to the improvements that both sides have made to their respective military capabilities in the interim.

The report, “Hezbollah’s terror army: How to prevent a third Lebanon war,” offers limited recommendations for avoiding such a conflict, instead painting it as a war waiting to happen.

The retired generals and defense officials from the United States, Germany, France, the United Kingdom, Italy, Spain, Colombia, India, and Australia who make up the HLMG also express significant criticism of the United Nations for its “evident severe failure” to fully implement UN Security Council Resolution 1701, which ended the 2006 Second Lebanon War, a dereliction that they credit with exacerbating the situation.

The former military leaders found that the UN Interim Force in Lebanon peacekeeping mission is not enforcing the aspects of Resolution 1701 that are meant to keep armed non-state actors like Hezbollah out of southern Lebanon.

The 76-page report, which is based on interviews solely with Israeli representatives during a fact-finding mission, comes to many of the same conclusions as those of Israeli defense officials. In preparing the assessment, the HLMG did not meet with Lebanese, Hezbollah, or UN officials.

Yet the High Level Military Group maintains that its assessments are “based purely on the accumulated military and strategic experience of its members.”

The HLMG, which includes a former chairman of the NATO military committee, a former chief of staff of the Italian army, a former US ambassador-at-large on war crimes, a former director-general of the Indian Defense Intelligence Agency and the outspoken Israel supporter Col. (res.) Richard Kemp of the British military, was created by the Friends of Israel Initiative, a group founded by former Spanish Prime Minister José María Aznar in 2010 to fight an “unprecedented campaign of delegitimization against Israel.”

This is not the group’s first foray into Israeli security. In December 2015, the organization also released a report that defended the IDF’s actions during the previous year’s Gaza war, finding that the army had abided by the rules of armed conflict and even surpassed them.

Hezbollah is all grown up

Hezbollah was founded in 1985, three years after the start of the First Lebanon War. It was created with Iranian support, and began killing Israeli soldiers stationed in IDF outposts in southern Lebanon with anti-tank missiles, improvised explosive devices, and small arms fire.

Over time, however, the group grew from a terrorist nuisance to a full-scale nemesis with significant sway in domestic Lebanese politics. What was once a two-bit terrorist group now represents the benchmark by which the IDF measures its preparedness.

Continue Reading on Times of Israel.