All 100 US senators to UN: End ‘unacceptable’ anti-Israel bias 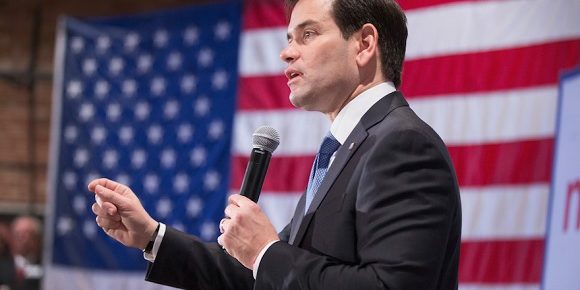 All 100 US senators signed a letter to United Nations Secretary-General António Guterres Thursday demanding an end to the “unacceptable” anti-Israel bias in the international body.

The strongly worded letter, authored by Marco Rubio (R-Fla.) and Christopher A. Coons (D-Del.) and released on Friday, was signed by every member of the US Senate.

“Through words and actions, we urge you to ensure that Israel is treated neither better nor worse than any other UN member in good standing,” the letter said, describing the “continued targeting of Israel” in the world body as “unacceptable.”

The letter urged several concrete steps to improve Israel’s treatment by the organization, singling out for criticism UNRWA, which deals with Palestinian refugees; the UN Human Rights Council for its singular focus on the Jewish state; and UNESCO, for denying Jewish ties to holy sites in Jerusalem.

The senators called on the UN to eliminate or reform “a number of standing committees, which far too often serve no purpose other than to attack Israel and inspire the anti-Israel boycott, sanctions and divestment (BDS) movement.”

While praising UNESCO for its important work on Holocaust education, the senators criticized the body for allowing its member states to “continue to advance measures that target Israel and deny the Jewish and Christian connections to Jerusalem.”

The letter further stated that the United Nations Relief and Works Agency for Palestine Refugees in the Near East (UNRWA) “must pursue reforms or risk significant consequences.”

Jerusalem considers UNRWA one of the most problematic UN bodies. Israeli officials accuse the organization of colluding with the Hamas terror organization in Gaza and of facilitating anti-Jewish incitement and even terrorism against Israeli civilians in its school textbooks. More than one-third of UNRWA’s budget comes from the US.

And “most troubling” of all, the senators maintained, is the United Nations Human Rights Council (UNHRC) which is “charged with shining a light on gross human rights violations.”

The letter states that “the UNHRC — whose membership currently includes some of the world’s worst human rights violators — instead devotes time to unwarranted attacks against Israel.”

The senators referred specifically to permanent agenda item VII which is devoted solely to lambasting Israel, “even as numerous other countries, including some represented on the Council, commit egregious human rights abuses against their citizens on a daily basis.”

Although there is no direct threat of ending US funding, the letter notes that the US is the major contributor to international body.

“As both the UN’s principal founding member and its largest contributor, the United States should insist on reform,” the letter said. “We are deeply committed to international leadership and to advancing respect for human rights. But continued targeting of Israel by the UN Human Rights Council and other UN entities is unacceptable.”

The letter ended by saying that “the current situation must change. We urge you to engage member states in a comprehensive effort to directly confront and root out this bias.”

The US Senate move was welcomed by Israel’s ambassador to the UN Danny Danon.

“We thank our friends in the United States Senate for their unanimous and bipartisan support for Israel. Once again, America has stood strongly by Israel, and stood up for truth and justice. It is time to finally put an end to the UN’s biased approach towards Israel,” Danon said in a statement.

Earlier this week, Guterres said the UN must rectify its bias against Israel at the United Nations.

Speaking to delegates at the World Jewish Congress’s plenary assembly in New York, Guterres on Sunday vowed to stand up against anti-Israel bias at the world organization and said the Jewish state must be treated like any other member state. The UN chief said that as secretary-general, he would be “on the front lines in the fight against anti-Semitism,” which he warned was on the rise in Europe and America, and called “absolutely unacceptable.”

He promised to “make sure that the United Nations is able to conduct all possible actions for anti-Semitism to be condemned, and if possible eradicated from the face of the earth.”

US President Donald Trump has made defending the Jewish state a core tenet of his foreign policy. “I reject unfair and one-sided actions against Israel at the United Nations,” he said during his February 15 press conference with Prime Minister Benjamin Netanyahu in Washington.

US Ambassador to the UN Nikki Haley in March declared that “there’s a “new sheriff in town,” announcing that “the days of Israel-bashing are over.” If the organization’s member states continue obsessing about and demonizing the Jewish state, “we’re going to kick them every single time,” she pledged at the annual AIPAC conference.

During a meeting at the State Department in March, Defense Minister Avigdor Liberman urged US Secretary of State Rex Tillerson to consider quitting the Geneva-based UNHRC and to stop funding UNRWA.

Earlier that month, US envoy to the Human Rights Council Erin Barclay, criticized the council for its outsized focus on Israel.

“Regrettably, too many of the actions of this council do not support these universal principles. Indeed, they contradict them,” she said.

“No other nation is the focus of an entire agenda item… The obsession with Israel… is the largest threat to this council’s credibility,” added Barclay, a career diplomat. “It limits the good we can accomplish by making a mockery of this council. The United States will oppose any effort to delegitimize or isolate Israel.”