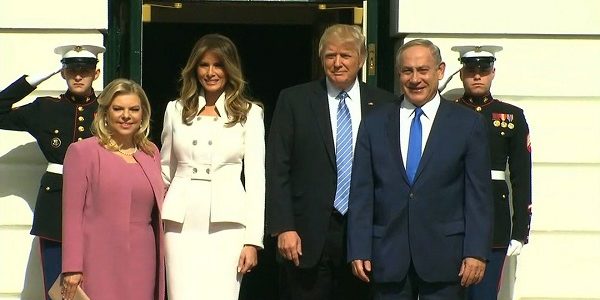 The only alternative to the creation of a Palestinian state is a one-state solution in which all Palestinians will get the right to vote, Palestine Liberation Organization Secretary-General Saeb Erekat said Wednesday, hours after a senior White House official appeared to withdraw the US’s traditional support for a two-state solution.

“Contrary to Netanyahu’s plan of one state and two systems, apartheid, the only alternative to two sovereign and democratic states on the 1967 border is one single secular and democratic state with equal rights for everyone, Christians, Muslims, and Jews, on all of historic Palestine,” Erekat said during a meeting with the speaker of the UK House of Commons, John Bercow, in Ramallah.

Erekat’s comments came a day after the White House announced that Washington will seek to broker a peace agreement between Israelis and Palestinians, but that a two-state solution may not necessarily be the framework to bring that peace to fruition. The president will not insist on the two-state formula, the official said.

Erekat said the two-state solution constituted a “painful” compromise from the Palestinian perspective.

Ramallah’s official position calls for a two-state solution, with the establishment of a Palestinian state on the 1967 lines with East Jerusalem as its capital.

In his meeting with Bercow, who earlier this week became the first sitting speaker of the UK parliament to visit Israel, Erekat called on London to “work toward justice for the Palestinian people, especially given the historic responsibility that the UK bears 100 years after the issuance of the Balfour Declaration,” a major diplomatic foundation for the establishment of the Jewish state.

Erekat denounced calls by UK Prime Minister Theresa May to celebrate the document’s anniversary as “unacceptable” and “insulting to the Palestinian people.” He further called on 10 Downing Street to recognize the State of Palestine and “to take concrete measures in order to save the two-state solution, including to ban all Israeli settlement products.”

Hours before US President Donald Trump and Netanyahu were set to meet Wednesday for the first time since the president took office, a senior White House official said the United States would no longer seek to dictate the terms of any final peace settlement, but would support what the two sides agree to together.

“We’re not going to dictate what the terms of peace will be,” the official added. “President Trump has very much indicated that he wants to achieve peace,” he went on, noting also that an accord was a “very high priority for the administration.”

Netanyahu told his advisers behind closed doors that he would tell Trump that there’s no point in establishing Palestinian state in the current climate, Channel 2 news reported Tuesday.

The past three US presidents have all publicly embraced a two-state solution as the only means to achieving the coveted peace deal between Israel and the Palestinians. Any deviation from that posture would mark a dramatic shift in American foreign policy.

A two-state solution has long been widely supported in Israel, as the basis on which the Jewish state was revived in 1948 following a UN vote in 1947, and as the formula that can ensure the maintenance of an Israel that is both democratic and has an overwhelmingly Jewish demographic. A little over three-quarters of the Israeli populace is Jewish, but in Israel and the various disputed territories, most demographers say the population is almost evenly split between Jews and non-Jews. The Jewish Home coalition party and many in Netanyahu’s Likud, however, flatly oppose Palestinian independence.

Trump has yet to speak directly to the Palestinian leadership since taking office last month.

Times of Israel staff and agencies contributed to this report.