Watchman, what of the night? 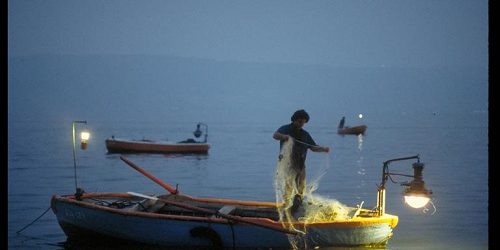 “Watchman, what of the night?” is the desperate cry for help that was heard in the times of Isaiah the prophet. Israel had just witnessed the rise of the Assyrian Empire, one of the most ruthless empires in recorded history. Their influence rapidly spread through the entire ancient world and was even at Israel’s doorstep. In this time of trouble, when violence and lawlessness increased, the desperate cry to the watchman became: “What about this increasing darkness in our world? What is happening to us? Watchman, do you have an answer for us?”

As we enter the year 2016, this cry for help and clarity is also heard today. Dark clouds are everywhere. In the United States, the church finds itself in a battle for the very soul of their nation. Europe has been inundated by an unprecedented flood of more than one million mostly Muslim refugees. At the same time, a new level of terrorism descended on France while Germany entered into the New Year with high-level security threats from Islamic terrorism.

The economic success story of the European Union is endangered not only by the Greek national crisis, but also the combined pressures of escalating terrorism and an influx of refugees. If we look at Africa, we see an increased presence of radical Islamist groups like Boko Haram. The Middle East remains in a state of severe instability; not only are Iraq and Syria falling apart before our eyes, but we also see instability in other countries like Jordan, Egypt, and Saudi Arabia.

The Islamic Republic of Iran is being released by the West from its economic sanctions, while continuing to utter threats and incite violence against Israel and the USA. At the same time, the European Union is issuing a labeling law against Israel, the only democracy in the region. All Israeli products from so-called “occupied territories” are expected to be labeled and are thus under the scrutiny of the boycott. While the USA continues to withdraw as an ordering world power, Russia, China, and Turkey have quickly filled the resulting power vacuum in the Middle East.

In short, our world is undergoing significant changes, which will dramatically alter world history and future events. The result is insecurity – even within the church. As in the time of Isaiah, “Watchman, what of the night?” is the desperate question many people have in their hearts today.

However, what is far more intriguing is the brief answer offered by Isaiah’s watchman: “The morning comes, and also the night.” This surprising response was contrary to natural laws, and to any human experience. Never did the night and the morning arrive at the same time. The watchman seems confused, and not able to make up his mind about which is coming, the night or the day.

Regardless of how illogical this answer may sound, it is the answer given by God to the people throughout history. Oftentimes, as circumstances grew darker and darker, suddenly the morning star announced divine hope and redemption. The pages of the Bible are full of hopeless situations, where it appeared darkness was spreading, unchallenged and ever increasing, but it was precisely at these moments when the greatest triumphs were then achieved.

All seemed hopeless when the Midianites harassed the nation of Israel, when the strongmen Goliath and Haman each threatened the people of Israel, or when the army of Egypt descended upon the Jews, without a means of escape at the shores of the Red Sea. It was exactly at that moment, when all hope was gone and night came like a flood that godly men cried out, “The morning comes!”

One of the names referring to Jesus in the Bible is the “bright and morning star” (Rev 22:16). This tells us that no matter how dark it is around us, if Jesus lives in our hearts, there is always hope for a breakthrough.

The morning star is often seen as a glaring light in the dark sky, announcing the imminent arrival of the dawn. There is something unique about the morning star. Since ancient times the planet Venus, which is the brightest of the night luminaries, was referred to as the morning star. But surprisingly enough, Venus is not only considered to be the “morning star,” but at certain times of the year it is also the “evening star,” announcing the approaching night. Isn’t it amazing how the very same sign in the sky can be both the herald of the approaching night, and the harbinger of the coming morning?

In my experience, there are two types of Christians who, although they both read the very same Bible, have very different perspectives. Many Christians – often western – read the prophecies of the Bible about the future and see a rather devastating message of darkness, gloom, and decay awaiting the church and the world. However, if you visit some home churches of China you would hear a completely different message. A brother from China recently told me: “In China we are so excited, because the prophetic word promises us that the whole earth will be covered by the knowledge of the glory of the Lord like the waters cover the sea!” He clearly was expecting global revival!

Not long ago we visited a large church movement in Nigeria, which is actively training young Christians in prayer and academics to become the future leaders of their country. In some Latin American countries, like Guatemala, more than 50% of the population have become born-again believers. These are churches filled with hope for what God can do!

In other words, some believers are evening star Christians, and some are morning star Christians. Reading the same Bible, some see mainly darkness approaching, while others are filled with hope. The truth is that the watchman saw both. He was enough of a realist to see the night coming, but the first response that passed his lips was to announce the coming morning dawn.

The God of Hope

We need to remember that one of the three main trademarks of the church is to bring hope (1 Cor. 13:13). Hope does not disappoint (Rom. 5:5), and it provides an anchor for our souls (Heb. 6:19). God is called a God of hope (Rom. 15:13), which means He identifies His own character with hope. Therefore, we should never give up our confession of hope (Heb. 10:23). No matter what the newspapers, political pundits, and even end-times experts might be telling you, never give up your hope!

The answer that the watchman gave some 2,700 years ago in the time of Isaiah is still valid today: “The morning comes and also the night!” Yes, darkness is spreading across the world in many places. The world is shaking and insecurity is increasing on many levels. But, there remains one rock that cannot be shaken and that is the Kingdom of God!

I was greatly encouraged by the extraordinary story of Rees Howells in the book The Intercessor. In the midst of Europe’s darkest hour, when Hitler’s armies were advancing on every level, a group of 100 intercessors gathered at a Bible college in Wales. There they prayed strategically not only for the downfall of Hitler, but they also declared victory over Nazi Germany when they appeared to be invincible. The two main things that inspired and motivated Howells were his understanding that the Gospel of Jesus Christ needed to go out to “every creature,” and that the return of the Jews to their homeland was imminent. Therefore, he concluded that it was impossible for Hitler to succeed in his operation. In one of the darkest chapters of European history, Howells could see the morning star, even though his hope was deferred for several years.

As the Babylonian, Egyptian, and Assyrian threats pressed in against the Kingdom of Israel, the prophet Isaiah brought a message of incredible hope. In a time when huge international players threatened the sovereignty of his homeland, and with moral decay spreading throughout Israel, Isaiah found hope in the promised Messiah. “The government will be upon His shoulders. And His name will be called Wonderful, Counselor, Mighty God, Everlasting Father, Prince of Peace. Of the increase of His government and peace there will be no end…” (Isaiah 9:6–7). Supreme authority is given in heaven and on earth to Jesus Christ. The Apostle Paul understood that every “throne, dominion, principality and authority” (Col 1:16) are under His sovereignty and need to serve His purposes.

But Isaiah saw something that excites me even more, He not only revealed these powerful attributes of our Savior, but also boldly stated that His Kingdom is in an endless mode of expansion and growth: “Of the increase of His government there is no end.” Therefore, it did not surprise me to hear from a friend in Lebanon that in the midst of ISIS causing havoc in the name of Islam, the churches are full of men with long beards and women in hijabs who are seeking Jesus. They also reported that a wonderful move of God is taking place among Muslim refugees.

From another mission’s leader we even heard of underground church growth in Saudi Arabia and in Iran, where a historic revival is taking place. My son, who attends a Bible school in Germany, reported a few weeks ago that in one evening service at their camp nine Syrian refugees gave their lives to Jesus! A pastor from Berlin also shared with us that several churches in his city are packed with refugees coming to Christ.

It is true that at times God will shake a nation, and even our lives, in order to accomplish His purposes. The prophet Haggai foresaw a great and final shaking which will come “once more” over the entire world and even the heavenlies. But the ultimate outcome will be that in the midst of these troublesome times, God will build His temple: “For thus says the LORD of hosts: ‘Once more (it is a little while) I will shake heaven and earth, the sea and dry land; and I will shake all nations, and I will fill this temple with glory,’ says the LORD of hosts. ‘The glory of this latter temple shall be greater than the former,’ says the LORD of hosts …” (Haggai 2:6–9). The apostle Paul also saw the church as triumphant, greeting her bridegroom as a beautiful and spotless bride. True, some will give in to pressure, temptation, and the attractions of this world. But it is the grace of God which can carry us through and make us overcomers!

No darkness can stop the Kingdom of God! On the contrary, often it is darkness that He uses as His vehicle to come to our rescue (Ps. 18:4-12). The prophet Daniel saw that even in a time when unprecedented trouble and darkness comes “…such as never was since there was a nation,” there will be those “who are wise shall shine like the brightness of the firmament, and those who turn many to righteousness like the stars forever and ever” (Daniel 12:1-3).

Therefore, as times grow more difficult, it is not a time to despair but to strengthen our foundations on that which cannot be shaken. The only unshakable entity is – and will be – the Kingdom of God, so it needs to be our top priority. Let us surrender completely to our King and set our priorities right where they need to be, His Kingdom and His righteousness need to be our highest aspiration. Its expansion can be expected even in our times; there is hope for the church in every nation. Since the morning comes to break every darkness, make a resolution today to be a morning star Christian.