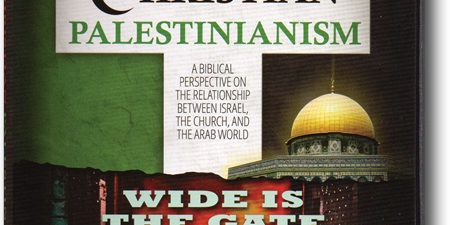 A biblical perspective on the relationship between Israel, the church, and the Arab world.

Some 2500 years ago, the Hebrew prophet Zechariah foretold, “Jerusalem will be a burdensome stone for all people: and, all the people of the earth shall be gathered together against it” (Zechariah:12:2-3).

End time biblical prophecy is unfolding before our very eyes as the promised ingathering of a dispersed and diverse cross-section of Jews, including secular, atheist, agnostic, and Jewish believers in Jesus Christ, are returning, from all over the world, to their biblically covenanted homeland of Israel.

Controversy about the existence of the nation of Israel is intensifying not only amongst the Arab world but within Christianity also. A political-religious campaign is gaining worldwide acceptance as church leaders, denominations, charities, missions, and humanitarian groups are uniting with Muslims and other world religions against Israel.