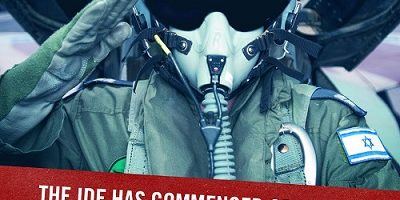 The Popular Front for the Liberation of Palestine dropped hundreds of incendiary leaflets on Shuafat Road on Friday, July 4, calling for renewed conflict with Israel. The hard-line Palestinian organization’s fliers were scattered amid the rocks, rubble, and spent tear-gas canisters from the clashes that have occurred daily with Israeli border guards since the gruesome murder of 16-year-old Mohammed Abu Khdeir on July 2.

The Palestinian teenager was reportedly burned alive, and Israeli police were scrambling to determine the culprits responsible for the crime. Jerusalem municipality officials with close contacts to the police told me on Friday that authorities thought that the killing might have been the result of an internecine feud or other foul play within the Shuafat community. But on Sunday, the news broke that six Jewish extremists had been arrested for the crime.

The accused are, of course, innocent until proven guilty in Israel’s judicial system. But the murder appears to be a crime of vengeance in response to the abduction and murder of three Jewish teens in the West Bank in June — an act Israel says was carried out by the terrorist group Hamas.

The news of the triple murder enraged Israelis of all stripes, but it was the settler community in the West Bank that was particularly infuriated. The killings, in fact, had triggered acts of vandalism (even before Abu Khdeir’s murder) from a shadowy network of clandestine cells known as Price Tag, whose actions are guided by the notion that a price must be exacted from the Palestinians for any attack against settlers’ interests.

Price Tag is more a network than a group, because its cadres — religious, teenage Jews living in the settlements and in Israel alike — operate informally, leave no electronic trail of their activities, and seem to know how to elude detection from authorities.

They are so elusive, in fact, that Israel’s vaunted internal security services has made only a handful of arrests since the acts of vandalism, usually marked by graffiti bearing the words “price tag” in Hebrew, began in 2008.

Some, including Israeli Defense Minister Moshe Yaalon, have called Price Tag a terrorist movement. This is debatable, because its activities have been limited to acts of vandalism and destruction of property. But Israeli officials I spoke to this week began to speculate that if the network was responsible for the murder of Abu Khdeir, it would have graduated into the realm of terrorism.

Price Tag, at least so far, has not been linked to the murder. But amid the unrest that is now spreading across East Jerusalem, the Arab areas in Israel’s northern “triangle,” and parts of the West Bank, it is clear that the network poses dangers to Israeli security. Future acts of vandalism against Palestinians could escalate tensions beyond their current, already dangerous levels. At the very least, they could create additional challenges for Israeli diplomacy and public relations, which is unquestionably at a low point.

In a sense, the security situation may now be in the hands of the youth on both extremes: the No’ar HaGva’ot(Hilltop Youth) of the Israeli settlements in the West Bank, on the one hand, and the shabaab of Arab-Israeli and Palestinian towns now throwing rocks and Molotov cocktails at Israeli soldiers who have been deployed to contain this crisis. The rise of these angry Palestinian youths was almost inevitable. They were young children when the Second Intifada erupted, and now having come of age, they are ready to fulfill what is perceived as their “duty to resist,” as one protest onlooker told me in Shuafat.

It also doesn’t help that this unrest comes in the wake of another failed, if not misguided, American attempt to broker peace between the Palestinians and Israelis. The failure to achieve a final status agreement in 2000, during another bout of U.S.-brokered negotiations, was one of the contributing factors to the eruption of the Second Intifada. It’s quite possible that the recent heightened expectations followed by U.S. Secretary of State John Kerry’s failed attempt at peacemaking have once again opened old wounds.

What’s particularly striking about this most recent round of clashes, however, is that the epicenter has been in East Jerusalem. The Israelis have made significant efforts in recent years to ensure further coexistence with this disenfranchised segment of Israeli society. Jerusalem’s new light-rail line, for example, serviced Shuafat. Protesters from this neighborhood, however, destroyed the stations during the clashes last week, making the commute to other parts of Jerusalem more difficult for Israeli Arabs. On one of stations, just outside the mosque where Abu Khdeir’s body was prepared for burial, the burned-out station bears graffiti in Hebrew reading, “Death to Israel.”

Other Israeli Arab towns across the “triangle” have taken their cue from Shuafat and other Jerusalem neighborhoods that have erupted violently in recent days. So have towns across the West Bank. And, of course, Hamas is once again firing rockets from the Gaza Strip. More than 80 rockets hit southern Israel on Monday, and Israel responded with airstrikes against Hamas positions in Gaza. Senior Israeli officials said Monday that the Gaza-based terrorist group is clearly trying to goad Israel into a full-blown conflict.

Among the figures preventing the region from heading into the abyss may be Palestinian President Mahmoud Abbas. Having recently signed a reconciliation agreement and then presiding over a unity government that included Hamas, it appeared that Abbas was flirting with disaster. But since the kidnapping of the three Israeli teens in June, the aging Palestinian leader has maintained security cooperation with the Israelis, kept largely silent in response to Israeli arrests of Palestinians, and refused to embrace calls for a new uprising. As a result, figures from within his own power structures are challenging him rather openly.

Abbas (through a rather incendiary press release) has, however, placed the blame for Abu Khdeir’s murder squarely on the shoulders of Israeli Prime Minister Benjamin Netanyahu. But the Israeli premier should also get credit for so far helping to prevent total crisis: Following the discovery of the bodies of the Israeli teens in the West Bank, the right-wing ministers in his coalition — Economy Minister Naftali Bennett and Foreign Minister Avigdor Lieberman — were calling for a robust reprisal on Hamas in Gaza.

Netanyahu has wisely stopped short of this — even amid an escalation of Hamas rockets out of Gaza — conducting what Jordanian officials described as “surgical strikes against Hamas assets.” The Israeli military has also arrested a number of Hamas operatives, seized weapons caches, and shut down a handful of Hamas charities.

Hamas, meanwhile, is threatening a third intifada. A multitude of other Palestinian factions are doing the same. Some pundits are openly musing whether a new uprising has already started. It certainly doesn’t help that the hashtag in Arabic al-intifada al-thalitha — “the third intifada” — is growing on Twitter, thanks to the concerted efforts of Palestinian activists both in the territories and beyond.

Israelis were hoping that the arrests of Abu Khdeir’s murderers, as painful as they were to acknowledge, might help restore calm. But, judging from the spreading unrest across this embattled corner of the Middle East, it clearly doesn’t matter. The teenager from Shuafat has become a battle cry for the Palestinian cause. It’s just too soon to know whether this battle will become a war.