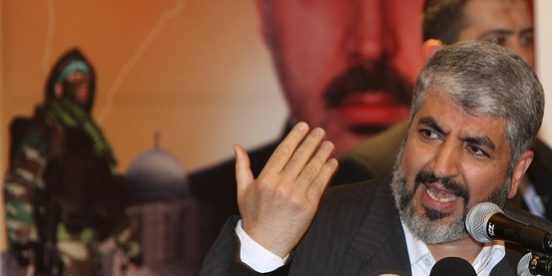 Some 3,000 Palestinian Authority police officers will join the Gaza government’s security forces, Palestinian media reported Sunday, almost seven years after Hamas violently outsed Fatah men from Gaza in what has become to be known as the Battle of Gaza.

Abd al-Salam Siyam, the secretary-general of the Gazan cabinet, said the officers were being transferred to Gaza from the West Bank in order to implement the unity agreement signed between Hamas and Fatah, according to a report in Palestinian news agency Ma’an.

Two weeks ago Hamas and Fatah agreed to form a unity government of independents within five weeks and hold a national election after at least six months, but the rapprochement looked tenuous given the persistence of deep political differences.

While Islamist Hamas refuses to renounce using force against the Jewish state, secular Western-backed Fatah wants a deal with Israel to set up a Palestinian state in Gaza, the West Bank and East Jerusalem. However, in the meantime, the unity agreement, as well as a slew of unilateral moves by both sides, have led to a temporary hiatus in US-brokered peace talks.

Both Hamas and Fatah also persistently trade blame over their arrests of rival members. Dozens of prisoners have been held by each side since Hamas took control of Gaza and Fatah remained the predominant party in the Israeli-controlled West Bank following Hamas’s surprising win in 2006 parliamentary polls, and a subsequent violent ouster of Fatah from Gaza in 2007.

The police forces had been previously stationed in Gaza before the violent Hamas takeover of the coastal enclave forced the PA to withdraw its units.

Ma’an reported that a Fatah official, Azzam al-Ahmad, is expected to visit Gaza to discuss the process of forming the Palestinian unity government – but no specific date was given for the trip.

“Hamas and the Gaza government have made a strategic decision to move on with reconciliation and so they will do what is needed to implement the agreement,” Siyam said in the Ma’an report.

Hamas seized control of Gaza in June 2007 after routing rival Fatah forces loyal to Abbas. At the time, Hamas said it acted to pre-empt a Western-backed bid to oust the Hamas-led government. Israel had pulled its troops from Gaza in 2005.

Hamas controls Gaza through a security apparatus that numbers over 13,000 fighters. It also has thousands more members engaged in an armed wing largely designed to fight Israel. It remains unclear how these two forces will accept the PA security forces, which regularly cooperate with Israel to enforce rule of law in the West Bank, and up root terror cells like those informally endorsed by Hamas.

The Palestinian Independent Commission for Citizens’ Rights (PICCR) said in its annual report in 2007 that rights abuses had increased in Gaza after Hamas seized control.

At the time, PICCR official Muin Barghouthi told a news conference in the West Bank city of Ramallah that while 412 Palestinians were killed by Israeli troops in 2007, 585 were killed in factional Palestinian fighting, the overwhelming majority in Gaza.