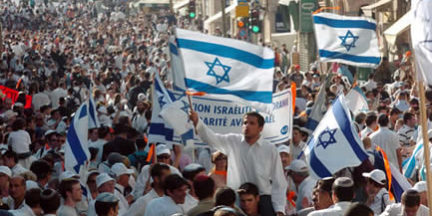 Israel began paying tribute to its 23,169 casualties of war and terrorism on Sunday as events marking Remembrance Day for the Fallen of Israel’s Wars and Victims of Terrorism commenced at the Yad Labanim memorial site in Jerusalem.

Netanyahu said that it was difficult to express to others the shock, sadness and loss his family and other bereaved families felt at losing loved ones in war.

The prime minister’s brother Yonatan, was killed in the 1976 Operation Entebbe to rescue a hijacked Air France plane that was bound for Paris from Tel Aviv.

“The simple and most essential truth is that we would not be here without their having been victims,” Netanyahu said of the state’s fallen soldiers.

“This right, this sacrifice, was not in our people’s power before the founding of the state,” the prime minister said, adding that prior to the founding of Israel the Jewish people were “massacred.”

“The great difference in Israel is our ability to send our sons and daughters to defend us. Even if it carries with it unequivocal pain,” Netanyahu said.

“A great miracle happened here. The people of Israel came home and are doing does wonders here. We have much more to do and to improve, but we are not forgetting that we are here because of them,” he said,