No to unconditional citizenship 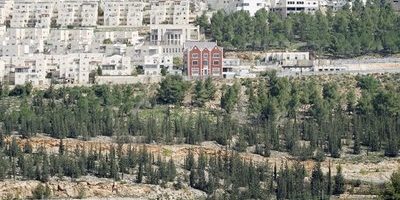 Economy Minister Naftali Bennett has taken a step in the right direction with his plan endorsing an Israeli declaration of sovereignty over “Area C”, the 60% of Judea and Samaria (the so-called West Bank), in which most of its approximately 350,000 Jewish citizens live. He goes on to say that Israel should give citizenship, as well, to the Arab residents of those territories.

Minister Bennett’s promotion of Israeli sovereignty in a large portion of its historical biblical heartland is certainly the right thing to do, as the “land for peace formula” has been proven fatally flawed time and time again. This obviously unilateral move by Israel would be an initial yet significant assertion of Israeli rights over its land. While many Israelis believe that Israel should declare full sovereignty in all of the lands currently in its possession, there is a certain logic to a phased approach. After all, politics is “the art of the possible” and declaring Israeli sovereignty over Judea and Samaria would, indeed, be an important first step.

What I propose in my peace plan, aptly titled “Peace For Peace”, is to accompany full Israeli sovereignty with a “path to loyal citizenship”, which would include the following mandatory steps by all applicants:

1. Completion of a 2-3 year course in Zionist/Biblical history and civics.

2. Commitment to perform 2-3 years of appropriate national service like all Israeli citizens.

3. An oath of loyalty, with hand on Tanach, to the Jewish State of Israel.

Those who complete these obligations would be welcomed as full citizens. Those who refuse would be given a stipend with a six-month time frame to relocate in a different country.

The “apartheid state” charge would be proven false by this generous offer. Every country has the right to set an appropriate standard by which it screens and perhaps accepts new citizens and this would be no exception. Especially in a sensitive situation like ours, in which the Arab residents have often been hostile towards the State of Israel, it makes absolute sense for all potential citizens to prove their utmost sincerity in that quest. For Israel to demand less would be naïve at best and suicidal at worst.

——————————————————————————————–
David Rubin is former mayor of Shiloh, Israel. He is founder and president of Shiloh Israel Children’s Fund and the author of several books, including Peace for Peace and The Islamic Tsunami. He can be found at www.DavidRubinIsrael.com or at www.ShilohIsraelChildren.org.