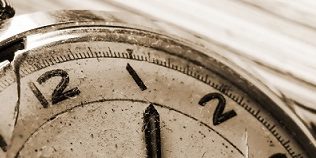 Russia’s annexation of the Crimea is a done deal – a fait accompli. Headlines about the land grab, described March 19 by NATO Secretary-General Anders Fogh-Rasmussen as “the most serious security crisis since the end of the cold war,” are muted, barely there.

Nor is Russia waiting for world opinion to play catch-up. Reports have Vladimir Putin massing up to 100,000 troops on the border of eastern Ukraine. According to one of his former advisors, “the man who would be Czar” plans to swallow up both the eastern and southern parts of that country.

Like a chicken waiting to have its throat slit, the Ukraine has looked helplessly – and futilely – to a West once pledged to help defend her against precisely such a Russian move. Isn’t going to happen.

Soon after his intent in the Crimea became clear, Putin’s strong-minded behavior was being compared to Adolf Hitler’s 1938 move on the Sudetenland. If Putin persisted, some warned, he would renew the cold war, or trigger World War III.

The Crimean crisis is now last week’s news. And how long did it take? Just one, very short, month.

On February 21, the Ukrainian people ousted Viktor Yanukovych, who fled to Moscow. On March 21, Putin signed a bill formally annexing Crimea to his federation.

The Russian is going to get off scot-free. He stared Barack Obama (whose position was once routinely described as that of “most powerful man in the world”) all the way down to the ground.

Now there may be a little more shouting here and there, a few stern words about sanctions and suchlike, but the world’s ruffled feathers have pretty much settled down.

And Obama has gotten very, very busy. He’s just seen the pope, and as this is being written he’s winging his way to Saudi Arabia – to take solace in one of the USA’s most long-standing (albeit hugely problematic) friendships, perhaps? The last time he visited Riyadh he was caught on camera bowing low before the keffiyeh’d king. The demand by American lawmakers of both stripes yesterday that Obama pressure the monarch about his domain’s daily abuse of human and religious rights is not anticipated to bear fruit.

Yes, we’re moving on to – or back to – other issues with serious global ramifications – like the Syrian conflict’s overspill into Turkey, the still missing Malaysian jetliner, and ‘Noah’ versus ‘Captain America’s’ imminent performances at the box office.

Such is reality in our 21st Century world

I think Israel should exploit it to the hilt and immediately, as the umpteenth US-sponsored ‘peace drive’ unravels, move to annex the ‘West Bank.’ It wouldn’t need a month – with threats and troop maneuverings and grandstanding. It could be done in under a minute – all that’s needed is a signature.

Unlike Putin’s spurious claim to Crimea, Israel has historical pilings that drive down four millennia-deep into Judea and Samaria – the territory the rest of the world called “the West Bank” for less than two decades before Jewish soldiers – for the first time in over 2000 years – put their boots back on the ground of their ancient ancestral homeland.

And, for those 19 fleeting years after 1948, the lands were under illegal Jordanian occupation anyway. Which is WHY the Geneva Convention (Laws of war) simply DO NOT apply to Israel’s presence there.

Known from time out of mind as Judea and Samaria, these lands constitute the cradle of Jewish civilization. The Jewish nation was birthed and formed in these specific lands – the “occupied territories.” And long before David Ben Gurion predicated his announcement of Israel’s independence on the vote of the United Nations, the international consensus as arrived at by the League of Nations recognized the Jews’ deep and inseparable connection to these lands.

In 1967, the Jews took them back from their Arab occupiers in a war of self-defense – and only after first telling Jordan she could hold onto them, including the most sacred parts of Jerusalem, if it would just stay out of the war. She didn’t.

Topping that, for the 37 years since, during which Israel has administered these lands, consecutive Jewish governments of every hue have tried everything to find a peaceful solution – including offering to just relinquish and hand all this history-rich Jewish land away, so that Arabs who never in history before constituted a nation could therein create a new one of their own.

The last few years have seen movement – albeit below the fold – advancing the idea of bringing the biblical heartland (J&S) fully into the State of Israel. Three annual “sovereignty conferences” have been held, each one attended by an increasing number of people and notables.

The abysmal failure of the John Kerry’s unprecedented effort to bring about a resolution is all Israel needs to make its move.

Make your case, Israel: List all the concessions you have made, all you have given, all territory you have withdrawn from, all the Jewish homes you have demolished – with the resultant traumatising of your own people; all the Arab killers of Jews you have set free, all your own heritage you have been willing to put on the table and say goodbye to.

You have nearly a half-century of solid backed up proof of your sincere desire and readiness to make peace. No-one has a fact-based leg to stand on and accuse you of being the reason for the failure.

You were willing. You tried. You took crazy risks for peace. You made goodwill gestures. You pulled out, pulled down, moved away, handed over. And you buried hundreds of your people, thousands more are living their lives in the pain and loss inflicted on them by those who have shown not one iota of interest in becoming your peaceful and friendly neighbors. They just want to kill you.

Nothing has worked. The recently released historical records of the negotiations leading up to the Camp David Accords have revealed just how little has changed since then. Nothing has changed.

It’s your move, and you can do it.

Take back your land. Offer rights and privileges and the protection of Israeli law to those living in them. If they remain your enemies, get rid of them.

One thing you can learn from the loss to Russia of the Crimea is this, that this 21st Century world really does not care all that very much what you actually do; it cares a great deal about what you say you may do. As long as you talk, they will make a noise and threaten and maybe even act.

But move, and the babble of protest will rise to a brief crescendo, and die down. Attention will move elsewhere. World leaders will be swept into other crises and get very busy as they always do.

One more thing: The second biggest lie of the last 70 years is that the world cares about the Palestinian Arabs. It does not. If it did, there would be no Palestinian refugee problem. No Palestinian refugees. The world has enough resources, and the Western world (at least before the Obama administration) had enough influence, and way more than enough time, to deal with this festering sore long ago. Only its insistence that Israel pay the price for Arab hostility and belligerency, and its absolute unwillingness to hold the Arab states accountable for the refugee problem THEY created has perpetuated this situation.