4 threats to Christian support for Israel 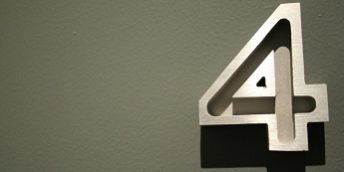 In 2009, I made my first trip to Israel thanks to the Israel Experience program of Eagles Wings Ministry. It was around that time that I heard the ministry’s executive-director, Reverend Robert Stearns, say that Christian support for Israel was at risk. At the time, I was skeptical of the warning. Since then, I’ve seen four trends that prove him correct.

The first trend is psychological and is the one I believe to be the most powerful one. It boils down to the fact that people, especially Americans, favor the underdog.

Virtually every movie is based around the premise of the underdog. Whether it’s the rebels and Ewoks in Return of the Jedi, Captain Phillips or even Napoleon Dynamite, it’s about rooting for the underdog—the weak; the defeated; the misunderstood; the one who everyone thinks is going to lose. And, for many people, “underdog” has become synonymous with “hero.”

Michael Prell studied this phenomenon extensively for his book, Underdogma: How America’s Enemies Use Our Love for the Underdog to Trash American Power. He mentions an amazing study that was done at the University of South Florida.

Two test groups were given the same one-page essay about the Israeli-Palestinian conflict that summarized both sides’ points of view. The one difference was the map attached. One showed Israel surrounded by Arab nations. The other zeroed in on Israel, reflecting the demographics of the country.

For Christians, one’s adoration for Biblical stories can even play into this psychology that lends itself to anti-Israel sentiment. I asked the director of Eagles Wings’ Israel Experience program, Michael Onifer, about the themes that turn Christians against Israel. He recalled what he was told by one graduate of the program.

“Before I came to Israel, I saw the conflict as a David and Goliath scenario with Israel being Goliath and the Arabs as David. Now I understand that it’s the opposite,” he quoted the student as saying.

The second trend is generational. Many Christian youth naturally question the Biblical interpretations of their elders, especially as the Bible is increasingly attacked as archaic, inaccurate and at odds with modern values.

When Christians are confronted with the regrettable history of past co-religionists on subjects like slavery, anti-Semitism and interracial marriage, the usual answer is that these were flawed interpretations of scripture that arose from the biases of the time. This inevitably leads to a review of current interpretations, with traditional stances on dicey issues like Israel being put on the table.

“What is happening is that the hard line of Christian Zionists was not successfully passed forward to the next generation, because it was based on theological themes that are now being questioned by younger evangelicals,” says David Gushee, professor of Christian Ethics and director of Mercer University’s Center for Theology and Public Life.

The third trend is the outreach by Palestinian Christians that blame their plight on Israel.

The best example of this is the “Christ at the Checkpoint” conference held every year by Bethlehem Bible College in the West Bank. This year’s event, held on March 10-14, included the leader of World Evangelical Alliance, the president of Oral Roberts University, Wheaton College Professor Gary Burge and Pastor Bob Roberts of Northwood Church in Texas.

According to NGO Monitor, this conference utilizes “theological anti-Semitic themes such as replacement theology.” This doctrine holds that Christians now have the Covenant with God, not Jews.

“God is continuing to have a program with the Jewish people who Paul describes as enemies of the Gospel,” the Monitor quotes one speaker as preaching.

“Jesus is the true vine, not Israel. He is the faithful Israelite who will accomplish all that the nation of Israel failed to do,” said another.

David Brog, executive-director of Christians United for Israel, emphasizes that the power of this conference is growing. It started in 2010 with approximately 250 church leaders and Christian activists attending. Two years later, that number was over 600.

In addition to the prestigious attendees mentioned above, other participants include Pastor Joel Hunter of Northland Church in Florida and the wife of Pastor Bill Hybels of Willow Creek Community Church in Illinois.

Shockingly, this conference is put together with taxpayer money from the governments of the U.S., U.K. and Netherlands. The Holy Land Trust, one of its organizers, received $232,300 from 2006-2012 from the U.S. National Endowment for Democracy and $25,078 came from the British government’s Middle East and North Africa Conflict Pool.

Two government-financed charities in the Netherlands, the Catholic Organization for Relief and Development and Kerk in Actie, also transferred funds to the Holy Land Trust. It also got $75,000 in 2013 from the United Methodist Church’s General Board of Global Ministries.

This happens even though the NGO Monitor decries the “total lack of financial discrepancy by Bethlehem Bible College.”

The anti-Israel fervor instilled at this conference is brought back home. Brog points out that a Christian film with an anti-Israel narrative named Little Town of Bethlehem was paid for and produced by Mart Green, the chairman of the board of trustees of Oral Roberts University.

In November 2012, I brought attention to an anti-Israel event held at Wheaton College’s Billy Graham Center by Evangelicals for Middle East Understanding. In sharp contrast, Brog says that Christians United for Israel’s planned event on the campus of Wheaton College in 2009 was cancelled due to Professor Gary Burge.

The fourth trend is the engagement with Muslim groups that promote anti-Israel activism. Often, these are Islamist groups with radical backgrounds but “moderate” presentations.

The unfortunate fact is that the most powerful Muslim-American organizations are linked to the Muslim Brotherhood (and in some cases, Hamas and other groups) and extremist track records. The Muslim-American community itself is much more moderate, even when it comes to Israel.

Nonetheless, if a church wants to develop a relationship with Muslims, it is most likely to go through one of these troublesome groups. When given the opportunity, these Muslim groups that demonize Israel will be happy to make their case. The interfaith partnership turns into a political one.

In other cases, the process is reversed. The Christian leaders are turned against Israel and then make common cause with American Islamist groups. Take a look at the aforementioned churches linked to the “Christ at the Checkpoint” conference.

Evangelicals for Middle East Understanding is the group that came to Wheaton College for a “24-Hour Middle East Leadership Briefing.” Its leadership has repeatedly spoken at extremist conferences put on by American Muslims for Palestine, unafraid to stand shoulder-to-shoulder with supporters of terrorism, Hamas, the Muslim Brotherhood and the elimination of Israel.

He also spoke at a regional conference of the Islamic Society of North America, which the Justice Department says is a U.S. Muslim Brotherhood entity and was labeled an  unindicted co-conspirator in the largest terrorism-financing trial in U.S. history.

Pastor Joel C. Hunter of Northland Church, who also sits on the boards of the National Association of Evangelicals and the World Evangelical Alliance, fought against state legislation that would bar courts from siding with foreign law (including Sharia) over the constitution. His partner in this endeavor was a former official of the Council on American-Islamic Relations.

The Justice Department also labeled CAIR an unindicted co-conspirator and an entity of the U.S. Muslim Brotherhood, specifically its secret Palestine Committee that was set up to support Hamas. CAIR’s links to Hamas are strong enough that official FBI policy was changed to prohibit using CAIR as an outreach partner.

The United Methodist Church is at the forefront of engagement with these kinds of Islamist groups. When five members of Congress asked the Inspector-Generals of government departments and agencies to review their links to Islamist groups, these groups deployed their Christian allies including the UMC. The congressmen were pilloried, derided as bigoted “Islamophobes” comparable to Joe McCarthy.

Israel and its Christian friends cannot assume that the relationship is built upon an indestructible rock.