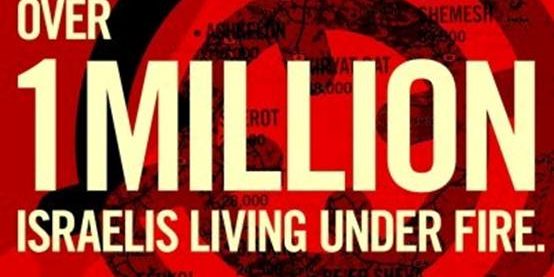 In a surgical air strike on Wednesday, Israel eliminated the terrorist leader who masterminded the capture of Israeli soldier Gilat Shalit in 2006.

Yesterday’s attack killed Ahmed Jabari, a top leader of the Izz al-Din al-Qassam Brigades, more commonly known as the armed wing of Hamas. Israel released a video of the strike, showing a direct hit on Jabari’s car as it rolled down a Gaza street, only to explode into a ball of flames. The action was arguably Israel’s highest-profile targeted assassination since it killed Hezbollah’s senior military chief Imad Mughniyeh in a car bombing in Damascus in 2008.

Unlike Mughniyeh, who was one of Hezbollah’s founding fathers, Jabari rose to prominence in Hamas through a process of elimination — literally. The Israelis killed Qassam Brigades leader Salah Shehadeh in 2002. A few months later, another Israeli operation seriously wounded his successor, Mohammed Deif, leaving Jabari, widely known in Hamas circles as the “Chief of Staff” or the “General,” next in line.

During his tenure, Jabari was credited with “professionalizing” Hamas’ paramilitary operations. He presided over the organization’s shift away from suicide bombings (largely prompted by Israel’s building of a separation barrier) to increasingly deadly rocket attacks that have reached deeper and deeper into Israel’s heartland. He was also an architect of Hamas’ violent takeover of Gaza in 2007, during which the group waged a short but bloody war against its rival Fatah faction.

But Jabari is perhaps best known for the kidnapping of Gilad Shalit. The otherwise elusive terrorist even allowed himself to be photographed in October 2011 when he delivered Shalit into Egyptian custody. It was as if he were taking a victory lap. His picture was soon ubiquitous on Gaza streets, in celebration of what was deemed one of Hamas’ most successful operations.

With Jabari gone, Hamas must now fill a considerable void, and this should create some disarray within the movement. This may have been one of Israel’s objectives.

It is still unclear whether the Israelis’ Operation Cloud Pillar will target other senior leaders, but the Israelis have in the past led decapitation campaigns with deadly efficiency. In an effort to weaken Hamas during the second Intifada, in 2004, Israel targeted Hamas founder and spiritual guide Sheikh Ahmed Yassin with a helicopter strike in Gaza. Shortly thereafter, the Israelis assassinated Yassin’s successor, Abdel Aziz al-Rantisi, in another surgical helicopter strike. Several months later, Ismail Abu Shabab, who had been Hamas’s third-most senior leader, met a similar fate.

One failed Israeli target during that campaign was Mahmoud al-Zahar, who is credited with coordinating the 2007 takeover of Gaza, and now serves as a political representative for the movement in Cairo. As fate would have it, Zahar’s brother Ahmad was reportedly riding alongside Jabari yesterday when the Israelis incinerated his car. It is unclear why the two men were together.

After the wave of targeted assassinations in 2004, The New York Times speculated that the campaign only enhanced “the popularity of Hamas on the street.” Yet it also appeared to achieve its intended objective: Hamas’ leadership fell into a period of disarray.

And Hamas is reeling again now. After leaving its headquarters in Syria because of the ongoing carnage there, and after losing Iran’s patronage due to the international sanctions placed on the Islamic Republic’s illicit nuclear activities, Hamas has been forced to seek new support.

Qatar, Turkey and, to a lesser extent, Egypt, have contributed to a political rehabilitation effort, designed to reintegrate Hamas into an emerging Muslim Brotherhood political order in the Middle East. This reorientation has brought about a crisis of leadership, however. Long-time political leader Khaled Meshal appears to be stepping down, while the roles of other figures, including Jabari, have been in flux.

But sowing disarray was not Israel’s primary objective here. The Israelis needed to respond to a series of rocket attacks in recent days, including a guided missile attack on an Israeli jeep that wounded four soldiers. Deterrence is a critical component of Israeli military doctrine.

The most compelling factor, however, may have been escalating Israeli concerns over the ordnance Hamas was stockpiling. Israel reportedly hit several key weapons caches in Gaza yesterday, including some that included the deadly Iranian-made Fajr-5 rockets, which have powerful payloads and ranges long enough to strike Israeli population centers.

Interestingly, last month the Israelis are believed to have carried out a raid on an Iranian weapons factory deep inside Sudan. Sensitive security sources indicated that “game-changing” rockets — the kind that could cause untold harm to Israel’s civilian population — were what prompted that daring attack into enemy territory.

The Gaza operation appears to be part two of that raid: A concerted effort to take out as many long-range rockets as possible, with the added benefit of eliminating those who procured them.

Jonathan Schanzer, a former terrorism finance analyst at the U.S. Department of the Treasury, is vice president for research at the Foundation for Defense of Democracies.