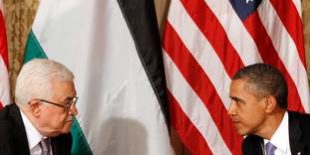 For those who watched the third and final Presidential debate one thing was certain, President Obama made a 360 degree turn when asked if he would stand with Israel if she had to go to war with Iran to stop their nuclear proliferation.  Until the debate, which focused on foreign policy, Mr. Obama has been silent on standing with Israel, virtually ignoring Iran’s threat to wipe Israel off the face of the planet. When asked by his opponent, Mitt Romney, why he visited virtually every Middle East country but bypassed Israel, Obama regressed all the way back to before taking office and simple stated he had visited Israel and even Sderot, an Israeli town next to Gaza. Romney quickly seized the moment and stated that if Israel is forced into war, as President of the United States he (Mitt Romney) would stand solidly beside Israel.  Shortly thereafter Obama followed suit despite being silent for over four years.

Historically and traditionally, Israel and the United States have shared a very special national relationship. We share similarities in our democratic governmental structures and functions, in our citizen diversity, and in our God-given, Bible-supported freedoms. This kinship has strengthened both countries and we continue to work together in the areas of technology, medicine, industry, and military preparedness.

I have attended numerous occasions in Washington, D.C., where thousands of Christians have come together in support of Israel. They have proclaimed a strong, intimate relationship with the tiny, lone Jewish state. After the meetings the Christians would spread out into government offices, lobbying the United States Congress and Senate to stand with our special ally.

I have also personally witnessed in Israel the great “Jerusalem Parade,” an annual highlight of the Sukkot holiday celebrations. For many years seven to eight thousand Evangelical Christians from many countries around the world march with colorful flags and banners, expressing their solidarity with Israel.

Evangelical Christians today are standing up in record numbers to proclaim their love and support for Israel and the Jewish people. Today a vast percentage of tourists visiting Israel each year are Evangelical Christians who travel to the Holy Land as a show of support.  But now, while many Christians in the United States vocally support the Jewish people and Israel, the US government is fluctuating. The Obama administration actually apologized to the murderous Muslim terrorists in Libya, who killed an American Ambassador and three other Americans, for an obscure little video criticizing Mohammed that was supposed to be what trigger their anger, rage and rioting.

Israel is now threatened by the militant Muslim Brotherhood whose motto states: “Allah is our god, the prophet Mohammed is our model, and the Koran is our constitution.” It adds, “Jihad is our path and death for the cause of Allah is our most sublime belief.”

The many “Arab Spring” uprisings in numerous neighboring Arab-Muslim states have caused great anxiety to the government and people of Israel. They reasonably fear that some of the Arab-Muslim murderous activity will spill over into Israel. The militant, anti-Israeli Muslim Brotherhood now controls Egypt, and the Israeli government knows that the Hezbollah rebel and terrorist forces in Lebanon are being heavily armed by Iran for the purpose of invading and destroying Israel. And don’t forget, Iran continues to tell the world that they want to “wipe Israel off the face of the map.”

While all this is happening, President Obama snubbed Prime Minister Netanyahu yet again by refusing to meet with him during his recent visit to the United Nations. In his speech at the UN, Prime Minister Netanyahu virtually accused Obama of going soft on Iran. He said, “Those who refuse to put red lines before Iran have no moral right to place a red line before Israel.” He, of course, was referring to Obama’s demands that Israel hold off on a pre-emptive strike on Iran’s nuclear facilities.

Should Obama be re-elected as President of the United States, Israel’s survival would be significantly in the hands of a man who has shown little appetite for standing with Israel in any military conflict and little empathy for the Jewish state. While Israelis were predominantly pleased when Obama was first elected, his pro-Arab and pro-Muslim attitude and actions since his election have caused his approval ratings in Israeli polls to drop significantly.  Talk on the streets is that many Israelis are now hoping that Republican Mitt Romney will be the victor in next month’s all-important election.

If relations between Israel and the United States stay this low, and the election does not improve them, the two nations could be on a serious collision course. As a Christian, I certainly don’t want that to happen and I am certain tens of thousands of Evangelical Christians in America share my feelings.