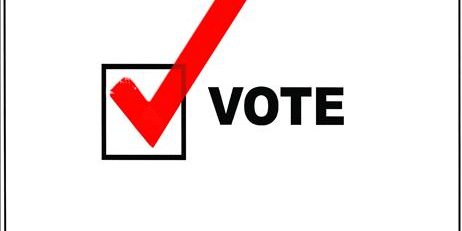 To say the least, the 2012 U.S. presidential election is the most important in recent history.

It is two opposing political parties in a major turf war.

One party stands for one man, one woman marriage. The other stands for same-sex marriage and has indoctrinated the federal government with the LGBT agenda, refuses to defend marriage, got rid of “don’t ask, don’t tell” — which has led to significant division in the U.S. military, including Christian chaplains who resigned due to restrictions and compromises expected of them.

One party opposes abortion while the other is proud of its role in legalizing abortion to the United States, which has led to the death of 55 million preborn children since Roe v. Wade in 1973.

One party is committed to a federal government that doesn’t live beyond its financial means, while the other has overseen $5.4 trillion added to the U.S. national debt in the last four years. It’s now at $16 trillion and growing rapidly.

One party doesn’t want the federal government responsible for national health care, which is 16 percent of the Gross Domestic Product (GDP); the other wants to control health and every aspect of our lives.

One party calls “evil, evil” in the Middle East, while the other blames the Middle East problems on the lack of economic opportunities and seems totally oblivious to the risks America, Israel and her allies are facing in the Middle East — which is rapidly being taken over by radical Islamic extremists who will eventually put 40 percent of the world’s oil supplies at risk.

Additionally, the current President has spent millions of dollars in attorney fees to conceal his identity, college applications, passport applications, etc. And the U.S. media and his political party have been complicit with this behavior. If a Republican President had done this, he would have been ousted from office.

These are only a few of the many items that became major issues since President Obama took office.

We are hopeful and praying for a positive outcome in the Nov. 6 election. The outcome will speak volumes about where America is as a country. The nation’s future is riding on this, so many are praying for God’s mercy. We will see if it is too late, or if the Lord is going to give us one more chance at getting things right in America.

We also pray that the election results will be known next week rather than delayed like the 2000 election between Bush and Gore. If not, this time could be much worse due to increasing racial tensions that have accelerated under the Obama Administration.

But God is the judge: He putteth down one, and setteth up another (Psalm 75:7, KJV).