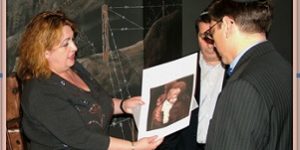 On October 16th, 2012 the largest-in-the-world multi-functional Jewish Community Centre was opened in Dnepropetrovsk, Ukraine, in the presence of the leaders of the world’s Jewry, an Israeli state delegation, Ambassadors, and many international dignitaries. The ceremony was attended by the Sephardic Chief Rabbi of Israel Shlomo Amar; Rabbi of Kotel Shmuel Rabinowitz, leader of the Lubavitch movement Rabbi Shlomo Kotlajrsky, prominent Rabbis from Paris, London, Brussels; Chief Rabbis of Russia and Ukraine. The state of Israel was represented by Minister of Diaspora Affairs, a famous refusenik and one of the most internationally prominent Israeli politicians, Yuly Yoel Edelstein. Ambassadors of Israel, The United States and Germany in Ukraine all attended and spoke at the ceremony. The impressive gathering of guests included world famous Jewish philanthropists, Beth Moscowitz from Boston, and Alan Green from Paris, as well as many industrialists from all over former Soviet Union supporting the project, in addition to its two main sponsors – president of the Ukrainian Jewish Congress, Igor Kolomoisky and President of the Dnepropetrovsk Jewish Community, Gennady Bogoljubov. There was also a top-team of staunch supporters and benefactors from Boston, who are supporting the restoration of the Dnepropetrovsk, Ukraine Jewish Community. This team included Rabbi Jim L. Morgan, Susan Wolf-Fordham, Marsha Frankel and others. The world famous Cantor, Itche Meir Helfgot, sang at the ceremony, making it an even more ever memorable event.

The very shape of the complex inaugurated and named Menorah echoes the shape of its stunning architecture and  occupies more than 50,000 square metres in this large industrial city, was also the native home of the family of the 7th Lubavich Rabbi Menachem Mendel Schneerson. His father, legendary Yitzak Levi Schneerson was the Chief Rabbi of this important Jewish centre for more than 30 years in the beginning of the 20th Century.

Dnepropetrovsk, known before the Bolshevic Revolution as Ekaterinoslav, has been one of the most important centres of the Jewish life in entire Eastern and Central Europe. The Jewish population reached 36% at the end of 19th century; and at the beginning of the 20th century, more than 25% of all industrial enterprises belonged to Jewish businessmen. In the Soviet years, Dnepropetrovsk became one of the most important industrial/scientific centres in the Soviet Union. For that reason, what was known as a ‘closed city’ (which meant no foreigners were allowed) was imposed on the 1.5 million population living there, until the collapse of the Soviet Union. Severely persecuted Jews in Dnepropetrovsk were reduced from having 44 synagogues to just one – a very small one, “semi-functioning” during all the years of the Soviet rule. A handful number of brave believers met in high secrecy all those years to keep their faith going.

Three years before his death, Rabbi Schneerson personally chose young Rabbi Schmuel Kaminetzky with his brave wife, Chanah, as his emissary where his father was Chief Rabbi over 30 years, and where he himself spent his youth. In much hardship at a very difficult time in Ukraine, Rabbi Shmuel did manage a miracle: under his leadership, the restored Jewish community of Dnepropetrovsk (going from scratch to over 50,000 members) procured the beautiful Golden Rose synagogue; many Jewish properties have been restored or rebuilt; the city has a large Jewish kindergarten, yeshiva, two orphanages, a mahon, as well as a modern home for the elderly.  Now the great Menorah Centre is built alongside the biggest Museum in Eastern Europe, called Memory of the Jewish People and the Holocaust  in Ukraine. The Menorah Centre is 18-22 stories, has two great galleries, a concert hall, conference centre, stores, kosher restaurants and cafes, banquet hall, five star kosher hotel and modern Youth hostel, information and tourist centre. It is opened for everyone, and has become one of the main attractions of the great Ukrainian city. Chief Rabbi of Dnepropetrovsk, Schmuel Kaminetzky, pointed out in his opening speech at Menora Centre that Rabbi Schneerson, the father of the 7th Lubavich Rebbe, was arrested near this very spot, taken to prison and sent into exile in Kazakhstan where he died.

The very morning of the opening ceremony, I filmed for the project, representing The Rogatchi Foundation with my husband, renowned artist Michael Rogatchi. We donated Michael’s famous Faces of the Holocaust  triptych to the Museum; but there was another very special ceremony for us. The Rogatchi Foundation donated to the new Museum several art works of Pat Mercer Hutchens from her well-known Auschwitz Album Revisited series. The event took place at the wing of the Museum solely devoted to Auschwitz. Pat and her husband, Brigadier General James (Jim) Hutchens, are Christian Zionists and strong supporters of the Jewish people. Jim is President of The Jerusalem Connection.

This ceremony coincided with the International Symposium of Museum Specialists. It had a large international representation of the Holocaust survivors, museum experts, historians, writers from Israel, The United States, Canada, Finland, Poland, Ukraine, Russia, Moldova, etc. During the ceremony, I told the well known story of the original Auschwitz Album, and how they motivated Pat Mercer Hutchens to paint from her own heart and artistic vision – deeply moved after seeing these stunning, original evidences of Nazi horrors committed. I emphasised how Pat’s work focused on warm, intimate details in those dramatic photographs, how she sought to bring their memory up close and personal and speak up on behalf of these precious slaughtered souls. These art works will remain a moving tribute to their memory as well as a tool for truthfully teaching history.

Those present at the ceremony were extremely moved; people approached me for more details about Pat’s works, praising them very highly. “Such works are not just very impressive. They are much needed today in educating children and youth – and actually – everyone,” one of the directors of Ukrainian museum told me just after the ceremony. The Director of the Museum, Dr. Igor Schupak, was deeply grateful for the donated works and said they would be permanently catalogued and exhibited. “These works are very important for us and we appreciate them very much indeed. They will have a prominent place in our exposition.”

We not only saw that bringing Pat’s art works to the new museum in Ukraine was very important –  it was also timely. We felt the connection between Pat’s tireless efforts to speak on behalf of the Holocaust victims and this new forum at the Museum, where her passionate artistic endeavours will address the past, the present and the future – and they will be heard with all respect, interest and attention.