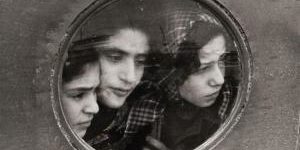 A vast Jewish Diaspora was utterly annihilated prior to Israel’s establishment and during her formative years, but Israelis rarely talk about it. This past week Israel was the host to a very special and important conference exactly on this historical omission.

On the eve of the establishment of the State of Israel, at least 800,000 Jews lived in Arab countries. Today, this ancient Jewish Diaspora numbers only a few thousand at best. These numbers alone should give us pause: Emigration of more than 99 percent of the Jewish population in such a short time is unparalleled in modern Jewish history. Even the Jewish communities of Europe, which experienced the most extreme iteration of anti-Semitic violence, did not vanish entirely, or so abruptly. The story of the Jews from Arab lands is a saga that extends over hundreds of years and a vast geographic region.

More than 800,000 Jews lived in the countries of the Arab world at the time of Israel’s founding. Virtually all of them fled or were forced out of their homes after Israel’s establishment with more than three-quarters of these Jewish refugees moving to Israel. The once-thriving communities they had established in places such as Egypt, Algeria, Morocco, Libya, Iraq, Syria, Yemen and Tunisia shrunk and, in some cases, virtually disappeared. The Jews of these Arab nations were forced to leave behind most if not all of their property and businesses with no compensation other than being allowed to remain alive to flee.

As part of an effort to have those Jews recognized as refugees and demand compensation for their lost property, the World Jewish Congress hosted a conference this past week in Jerusalem focusing on “raising the flag of rights of Jewish refugees from Arab countries,” According to WJC Secretary General Dan Diker. “It’s important that the world accept and recognize that most of the Jews who lived in Arab countries for hundreds of years if not centuries, were forcibly exiled and subjected to the worst kind of anti-Semitic assault,” which included Jews being “attacked, assaulted, killed, robbed,” “This issue has been largely ignored by Jewish leaders over the past number of years.”

Thousands of pages of testimony have been collecting dust in various government offices in Israel since the 1950s. Under the bureaucratic heading “Registry of the Claims of Jews from Arab Lands,” they tell of lives cut short, of individuals and entire families who found themselves suddenly homeless, persecuted, humiliated. Together they relate a tragic chapter in the history of modern Jewry, a chain of traumatic events that signaled the end of a once-glorious Jewish Diaspora. Yet for all its historical import, this chapter has been largely repressed, scarcely leaving a mark on Israel’s collective memory, ignored by the printed and broadcasted media. The issue of Jewish refugees from Arab nations has not been on the agenda of the academic world always in tune to remain politically correct, proactively refraining from endangering the accepted false narrative of Arab refugees central to Palestinian Arab propaganda.

This dismissive attitude toward one of the greatest tragedies in the history of the Jewish people should be cause for astonishment. After all, the heritage of Jews from Muslim lands is enjoying something of a renaissance today. This prolonged silence becomes even more incomprehensible when we take into account the centrality of the refugee problem to the Arab-Israeli conflict. While Palestinians Arabs and their advocates repeatedly emphasize the need to address the historical injustice done to the hundreds of thousands of Arabs who left prior and during Israel’s establishment, Israel’s international representatives and spokespeople have consistently refrained from highlighting the plight of the hundreds of thousands of Jews who fell victim to systematic persecution and attacks throughout the Middle East and Maghreb at the same time.

The pages are yellowing, nearly disintegrated. For decades they have lain forgotten, stuffed into crates piled high in the archives of Israel’s Ministry of Justice. No one reads them; no one even shows interest. Even now, after more than sixty years the painful experiences of loss and flight they recount, they still await for their stories to be told.

In one, a Jewish woman from Alexandria describes her youth in Egypt:

After the war broke out, my mother was arrested in her ninth month of pregnancy, and they wanted to slaughter her; they threatened her with bayonets and abused her…. One evening a mob came to kill our family with sticks and anything they could lay their hands on, because they heard we were Jews. The gatekeeper swore to them that we were Italian, and so they only cursed us, surrounding my parents, my brothers, and myself, only a small baby. The next day my parents ran away, leaving everything—pension, work, and home—behind.

On another page, Mordechai Karo, also Egyptian-born, testifies about an explosive device planted in a Jewish neighborhood in Cairo in the summer of 1948: “The tremendous explosion killed and injured scores of Jews in the neighborhood.

The Jews’ departure from Libya, then under British rule, began as early as 1945, following a bloody attack on the Jewish community of Tripoli. Rumors of the Jewish massacre of Arabs and the destruction of mosques in Palestine spurred tens of thousands of Libyan Muslims to riot in Jewish neighborhoods for four days straight. Synagogues were desecrated, stores torched, houses broken into and ransacked. One hundred and thirty-three Jews were murdered and hundreds more injured. On June 12, 1948, a Muslim mob once again assaulted the Jews of Tripoli, killing fourteen. The growing fear and severe financial distress left their mark: Libya was quickly emptied of its Jewish population. By the end of 1952, only 4,000 Jews remained of the 35,000 who had lived there just four years before. Their state only worsened after Libya joined the Arab League. In the 1950s, Libyan authorities imposed a series of restrictions on the Jewish minority, confiscated its property, denied it employment, and constrained it at every turn. The final nail in the coffin of Libyan Jewry was the anti-Semitic carnage that took place once more in both Tripoli and Benghazi during the Six Day War. The attacks drove the last of Libya’s Jews to flee for their lives to Italy or Israel, leaving behind property and capital that amounted to hundreds of millions of dollars.

In June 1948, Moroccan Jewry experienced one of the most traumatic events in its history. In a pogrom instigated by the residents of the cities of Oujda and Jerada, forty-two members of the Jewish community were killed. The anti-Semitic outbursts did not abate in the following years: In August 1954, Muslims in the city of Petitjean (today known as Sidi Kacem) murdered six Jews and publicly burned their bodies; further riots occurred in the summer of 1955 in Casablanca, Mazagan, and Safi. The Jewish population, which numbered close to a quarter of a million in 1947, consistently shrank through mass emigration over the course of the next two decades. Today only a few thousand Jews live in Morocco.

Naim Reuven was a refugee from Iraq only 8 when he left Baghdad more than 50 years ago, but he still remembers going with his father to catch fish in the Tigris River. His father worked in a Laundromat, a middle-class father of six and one of Iraq’s more than 100,000 Jews. Baghdad’s Jewish community suffered a pogrom in 1941, but Reuven, born a year later, has only fond memories of his childhood there — until Israel declared independence in 1948.“When Israel was established it began, there was hate,” said Reuven, now 70. “We had a neighbor we got along with, and then there was hate.” He still remembers the fear when grenades were thrown into his family’s synagogue.

For many of us of Jewish European ancestry who experienced the most extreme iteration of anti-Semitic violence, now is the time, erev Rosh HaShanna to rejoin hands with our extended brothers and sisters who where born or are descendants of Jewish communities from Arab lands and make this issue the central issue for the Jewish world in the coming year. Only by placing the issue of Jewish refugees at the forefront, we can successfully deter the on-going efforts of the Arabs to deny the historical and religious rights of millions of Jews in Israel and throughout the world. Standing together, we the united Jewish nation can give respect and meaning to the memory of those that weren’t given the opportunity to fulfill there desire to live out their lives as free Jews in Eretz Yisrael.

Ron Jager, a 25-year veteran of the Israel Defense Forces, serving as a field mental health officer.  Prior to retiring in 2005, served as the Commander of the Central Psychiatric Military Clinic for Reserve Soldiers at Tel-Hashomer. Since retiring from active duty, he has been providing consultancy services to NGO’s implementing Psycho trauma and Psycho education programs to communities throughout Israel. Today, Ron serves as the Strategic Advisor to the Shomron Liaison Office.