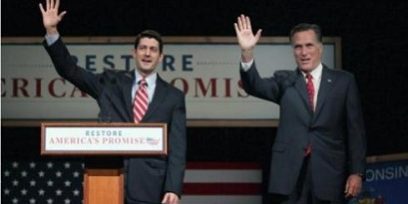 There was virtually no discussion of foreign policy at the Republican National Convention. This was entirely appropriate given the crisis and priority of domestic issues. Yet I haven’t even seen a single article discussing this issue at all, and it is going to be important.

Here is the key factor:  Mitt Romney, the Romney-Ryan ticket, and Republican congressional candidates have a variety of choices on foreign policy. Some of them can be bad, and because there are different and complex issues, the line taken will not — and arguably should not — be consistent. And certainly their plans will be lied about. Vice President Joe Biden, whose credentials speak for themselves, claims that President Romney would attack Iran and Syria. I don’t think he would attack either and am glad that he wouldn’t.

But think of what Biden is doing: If you are going to denounce your opponent for possibly attacking Iran some day, doesn’t that mean that President Obama has indeed ruled out “keeping all the options on the table”?  And also, the administration doesn’t ever seem to get the point that the issue is not how much it intervenes in Syria, but rather whose side is it on. Right now it is mainly on the side of the Muslim Brotherhood and even the Salafis. Romney doesn’t have to raise the level of intervention at all, just make sure that not one dollar, bullet, or gun goes to radical anti-American Islamists in Syria. And if you aren’t sure, you don’t give them anything.

But what should a Romney administration do? Of course, there are the general principles: make America strong and respected again, support the soldiers, and help friends and make enemies sorry that they are enemies. There must be a defense of legitimate U.S. interests and an end to apologies. Popularity is okay, but respect and trust are far more important. Avoid either isolationism or excessive interventionism and get over the democracy-solves-all naivete. Don’t be chomping at the bit to go to war with Iran as a supposed panacea.

The easiest theme is to stop helping anti-American dictators in Venezuela and several other Latin American countries, the Muslim Brotherhood (everywhere, including Hamas as the ruler of the Gaza Strip), and Hizballah, as well as many small terrorist groups and al-Qaeda.

The basic grand strategy for the Middle East should be to form and lead a very broad and very loose — not institutionalized — alignment of forces opposing Islamism. This means showing real leadership to the Europeans; in fact, many European countries are better on this issue than Obama. It also means supporting Israel, of course, but there is a long list of others:

Opposition and democratic moderate movements: Iran, Lebanon, Syria (where the United States is supporting the Islamists!), Tunisia, and Turkey (see Syria, above). Let’s also keep in mind the Berbers, Christians, and Kurds in general as communities that overwhelmingly link their survival to fighting revolutionary Islamism.  Such ethnic communities can also be found in Afghanistan and Pakistan.

This cooperation to defeat radical Islamism, however it disguises itself, should be the backbone of U.S. policy. It can be implemented in a thousand different ways. Post-victory planning, which better start soon (at least among independent analysts), needs to define these.

There are some Middle East problem countries that require special consideration.

It is time for a withdrawal from Afghanistan and a clever policy of backing — with a mixture of covert, financial, and other assets — those who will fight to keep the Taliban out of power. Afghanistan is not going to be democratic or a nice place. But it must be a place that does not threaten America again.

Yemen is a mess and, like Afghanistan, will continue to be a mess. The U.S. policy should cooperate to the maximum extent with Yemen on fighting terrorism without illusions about the nature of the regime and its willingness to betray the United States at any moment.

Qatar must also be treated with great caution. For reasons of local pride and ambition, it likes to stir up trouble and often supports Islamists (and plays footsie with Iran). Qatar should be treated with extreme suspicion not because its interests are different from America’s (everybody’s are), but because it likes to play the role of joker in the deck of cards.

Unfortunately, there is a parallel here with the far more important case of Pakistan. This is a headache without resolution. On one hand, the United States must ensure that the regime is not overthrown by radical Islamists. On the other hand, the United States cannot trust Pakistan at all to cooperate in fighting terrorism. Indeed, Pakistan is a major world sponsor of terrorism, not only against India, but also to help the Taliban in Afghanistan and even — as we’ve vividly seen — al-Qaeda! As the United States withdraws from Afghanistan, the relationship with Pakistan should be reduced.

Obviously, the United States should not get into a conflict situation with Turkey, but the whole romance with that stealth Islamist regime should come to an end. The Obama administration hasn’t seemed to notice that Turkey has become a major sponsor of Hamas, Hizballah, and the worst elements in Syria. Turkey is not an appropriate intermediary with Arabs or Muslims for the United States. The current regime is part of the problem, and the only reason things aren’t worse is that Arabs generally prefer to keep Turkey out.

A word on Syria: the issue is not whether America should intervene or what specific actions it should take. That is of secondary importance. The issue is that America should be on the side of the moderates: the urban Sunni middle class, the Kurds who want autonomy, the Christians who want to survive, the defected army officers who are nationalistic, and even Sunni Muslim traditionalists. It should devote every ounce of effort in battling the Brotherhood and the jihadists. Not one gun should go to them; not one bulletproof vest, not one dollar.  The Syrian civil war has more than two sides to it.

Regarding the Israeli-Palestinian issue, it doesn’t matter what the United States does as long as it finally recognizes this is no longer (if it ever was) the central issue in the Middle East. There isn’t going to be any progress in negotiations. Despite its shortcomings, the Palestinian Authority under Fatah has to be helped to survive in the West Bank and keep Hamas from taking over. But there should be no illusions. Anything done by U.S. policy should be recognized as being purely cosmetic.

Of course, I’d like to see a strong U.S.-Israel relationship. If you think Obama has maintained such a thing, you are living under an illusion that isn’t visible from within Israel. But today, beyond aid and cooperation on a range of issues, what is most important is not the details of bilateral relations but an ability to work together on regional strategy. And this has been 100 percent absent under Obama outside of limited cooperation on some aspects of the Iran issue.

I’ve left the two giant problems for last: Iran and Egypt. I’ll leave Iran mostly for future articles. I am not enthusiastic about attacking Iran militarily, but this is a complex issue. At a minimum, it should be isolated far more effectively. The problem is not just the nuclear drive, but also Iran’s strategic ambitions in the region. What is needed is not just sanctions but a full-court press that challenges, undermines, and covertly battles Iranian influence in Lebanon, Iraq, Bahrain, Syria, and everywhere else.

This is a long-term battle that is not going to be settled by a single air strike, and even though Iran has very dangerous and fanatical aspects to its leadership, we should not become hysterical and fail to see the factors holding Tehran back from a suicidal nuclear war.

Finally, Egypt. In some ways, it is too late to do some really effective policy. Strategy must begin with the concept that Muslim Brotherhood Egypt is an enemy of America, but that it must be handled cleverly to limit the damage.  What’s truly tragic is that it is now probably too late even to work with the army (as in Turkey), since the army which should be a force for moderation and an American ally has been destroyed as an independent force.

The most dangerous thing about the Obama administration, as on other issues, is the illusion that the Brotherhood wolf is dressed up in a lamb suit and will eat out of Obama’s hand without taking any of his fingers, too. The Brotherhood must know that subversion of U.S. allies, promoting terrorism against Israel, and other such activities will be costly.