US disowns Israel over Iran strike: No weapons or military backup 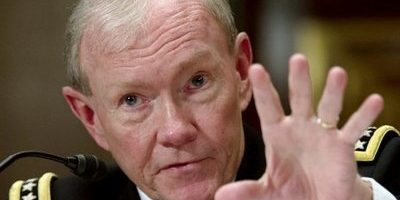 US Gen. Martin Dempsey’s assertion Thursday, Aug. 30 that the US would not be “complicit” in an Israel strike against Iran, together with the drastic reduction in the scale of next month’s joint US-Israeli war game disclosed by TIME, add up to a blunt message from US President Barack Obama to Israel: You are on your own! See how you manage without special US weapons and US military backup, including a shield against missile counter-attack, if you decide to defy us and go through with a military operation against Iran.

Instead of the 5,000 US troops originally assigned for Austere Challenge 12, the annual joint exercise, the Pentagon will send only 1,200 to 1,500 service members. The missile interception systems at the core of the joint exercise will be reduced in number and potency: Patriot anti-missiles will come without crews and maybe one instead of two Aegis Ballistic Missile Defense warships, according to the magazine.

debkafile’s military sources: The Obama administration has put Israel on harsh notice that an attack on Iran to disrupt or delay its nuclear armament will be refused US missile backup – both in the course of the operation and to cover Israel’s back in the event of a counter-strike widening into a general Middle East conflict. The Netanyahu government will bear full and exclusive responsibility for the consequences of attacking Iran.

Obama, who has repeatedly pledged his commitment to Israeli security, is the first American president to cut Israeli adrift against a major threat to its security explicitly posed by Iran.

The US president has put his campaign for reelection next month at great albeit calculated risk. His rival Mitt Romney will not doubt follow up on the charges he made during his acceptance speech to the Republican convention Thursday that Obama threw “allies like Israel under the bus” and failed utterly to stop Iran’s centrifuges spinning.

Obama may find the Jewish vote and campaign contributions fading. For Romney an incumbent president  throwing Israel to the wolves against the ayatollahs is a dream come true.

Binyamin Netanyahu and his defense minister Ehud Barak must bear some of the onus for one of the most damaging ruptures US-Israel relations have ever faced – as will be discussed later. However, the prime cause must be sought elsewhere.

In the last month, Obama has undergone a change of face: The top US soldier and ambassador Dan Shapiro were told to start treating Israel like a pest and telling its leaders that the administration is fed to the teeth with their clamor for action on Iran.

This change did not come out of the blue. debkafile’s Washington and Moscow sources report it evolved from three events:

1. During this month, President Vladimir Putin severed Russia’s military ties with Iran and Syria as debkafile reported earlier: Obama reciprocated by cutting Israel down to size. Moscow informed Tehran and Damascus that there would be no more Russian arms supplies after the delivery of the last items in the pipeline. Putin therefore left both Iran and Syria high and dry amid war dangers in return for Obama cutting Israel off from advance military hardware at a time of peril.

The Russian and American leaders thus put in place the first bricks of an accord for resolving their disputes over a nuclear Iran and the Syrian crisis by the device of slashing the military capacity of Iran, Israel and Syria.

The Russian president took another step as a gesture to Obama: He pulled Russian warships out of the Syrian base of Tartus and the eastern Mediterranean, leaving only a floating dry dock.

In return, he counted on Washington forcing Israel to abandon any plans to strike Iran.

2.  But this exercise in symmetrical reciprocity ran into a major snag: Obama found a tough nut in Jerusalem: Binyamin Netanyahu held out for a pledge of US military action against Iran as his price for holding back. Despite the massive pressure Obama threw at the Israeli government, both through the highest ranking US political and military channels and by mobilizing the government’s most vocal opponents and anti-war circles at home, Netanyahu and Barak did not budge.

They understood, despite Obama’s concealment, that the secret US-Russian deal would in fact preserve Iran’s nuclear program at a point at which Iran’s leaders could have a weapon assembled and unsheathed at any moment.

The also realized that as long as Israel’s military option against Iran was alive, the Obama-Putin deal was stuck, because both Iran’s Ali Khamenei and Syria’s Bashar Assad would likewise refuse to fall into line.

When Romney said he would give America’s friends “more loyalty” and Putin “a little less flexibility and more backbone,” he was referring to President Obama’s request from Putin on June 18, at the G20 conference in Mexico, for more time against his promise to the Russian leader of “more flexibility” later.

To keep his deal with Putin in motion, the US president will have to tighten his squeeze on Israel’s leaders to forego an attack on Iran.

3. The Netanyahu government, for its part, committed three tactical errors:

One: They dragged out the dialogue on Iran with the US administration for far too long – three years or more – and come away for it empty-handed. If their purpose was to persuade the United States to carry the can against Iran, as many Israelis believed, they failed.  No Israeli leader has the right to procrastinate to this extent on action affecting its fundamental security, if not existence. Netanyahu fell into the trap of crying wolf by shouting year after year that Iran must be stopped – and doing nothing.

Three:  They failed to act expeditiously to prevent the political opposition using a campaign against an attack on Iran as a stratagem for bringing the government down.

It has been four weeks since the former Mossad director Ephraim Halevi said that if he was an Iranian, he would be worried in the next twelve weeks.
That was on Aug. 2.

Thursday, Aug. 30, Halevi said: “It is important for Israel’s military threat to be credible.”

He was throwing down the gauntlet for Netanyahu and Barak to show they were serious about striking Iran – or else back down completely.
His timeline gives them another eight weeks to show their mettle. During that time, they will be under heavy bombardment from Washington.