Israel, against all odds 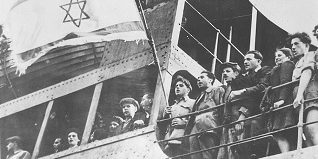 God must love us or how else do you explain how we Jews overcame seemingly insurmountable odds, time and time again for the last 100 plus years, in establishing and growing a Jewish state.

Although the Jews repeated in their prayers for two thousand years after the Romans destroyed their Temple and sent them into exile, “Next year in Jerusalem”, there was no political movement to realize that prayer until Theodor Herzl was energized by the Dreyfus Affair, to publish, The Jewish State, in 1896. At that time, Judea and Samaria were part of a province of the Ottoman Empire which was called Palestine and had been since the time of the Romans. Try as he might, Herzl could not get the Ottoman Sultan to agree to allow the Jews to set up their “Jewish state” in Palestine. So he turned to the British who were sympathetic but could only offer Uganda which the Jews rightly rejected. The Jews continued to knock on the Ottoman door with little hope. As a result, Zionism languished, but not for long.

The First World War pitted Germany, the Ottoman Empire and others against Britain, France and Russia. Although the great mass of Jews lived in the Pale of Settlement which was situated in eastern Poland, Ukraine, and western Russia, there was an established Jewish presence in Western Europe and in the United States. The Jews were divided into ideological camps, namely, the assimilationists, the Communists, the socialists, the orthodox and the Zionists. For the most part they were loyal to the country where they lived. So Jews fought Jews. How could they do otherwise. But the Zionists, consisting of the Jewish masses in the Pale and the elite in Great Britain, although not of one mind, began debating who was likely to win the war so that they might support that side and hopefully be rewarded with a state. If they chose wrong, the Jews in all countries would pay the price.

Fortunately they choose right. They offered to support Great Britain by doing their best to get America to ally with her and doing their best to get Russia not to withdraw from the war as she was considering doing. They offered to fight on the side of Britain if she would form a Jewish Legion. All this they offered in exchange for a promise of a Jewish National Home as set out in the Balfour Declaration in 1917 and the right to have the Jewish Legion part of the British forces which would conquer Palestine. Germany and the Ottoman Empire were defeated in 1918. Then in 1919, when the WWI victors met in San Remo, they awarded the Jewish people the right to reconstitute their national home in Palestine. Things were looking up for the Zionists, but they went quickly downhill from there.

The British Military Administration in Palestine was anti-Zionist and did its utmost to frustrate the Declaration. They preferred to side with the Arabs and even incited them to violence. Many Jews were killed while the Administration turned a blind eye. Even Britain’s Home Office began regretting the declaration and attempted to whittle it down through interpretation contrary to its original promise. It kept delaying the ratification of the Mandate by the League of Nations, which was provided for in the San Remo resolution. Finally it decided to remove Transjordan (East Bank) from the Mandate and to give it to the Hashemites. It than forced the Zionists to accept this loss of 78% of the lands promised on pain of not getting the Mandate ratified by the League of Nations. The Zionists had no choice but to accept and the Mandate was signed in September 1922.

One of the issues which drove the opposition was that the Arabs in Palestine, numbering 700,000, outnumbered the Jews by a ratio of 10:1 and to some it didn’t seem right to give the land to the Jews. But this was seen as a very temporary imbalance as Jewish immigration would soon put them in the majority. With this opposition in mind, the Balfour Declaration favoured the establishment in Palestine of a national home for the Jewish people as a whole. So the Zionists insisted that in any representative institutions to be established in Palestine, that the constituents must be the existing Arab community on the one hand and the Jewish people as a whole, numbering about 13 million, on the other hand.

Nevertheless the British policy remained to frustrate the Mandate by restricting immigration of Jews but not Arabs and by allowing Arabs to be armed but not Jews. The most egregious thing the British did was to prevent Jews from escaping the Holocaust by fleeing to Palestine. And this policy of barring entry by Jews continued after the end of the war as Jews were forced to remain in displaced persons camps rather than to be allowed to enter the promised land. Is it any wonder that the Jews in Palestine created an underground army to force Britain to leave. Against all odds, they were successful. In 1947, Britain decided that she had had enough and introduced the Partition Plan to the General Assembly of the United Nations. This plan when passed in November 1947 was nothing more than a recommendation that the remaining 22% of Palestine should be divided between an Arab State and a Jewish State. Britain was to depart from the land six months later.

Ben Gurion, the then leader of the Jews in Palestine, knew that declaring the state of Israel on the departure of the British, meant that Israel would be immediately invaded by the surrounding Arab countries. As it was, the Jews were outnumbered 2:1 in Palestine. His arsenal at the time consisted of 200 Bren guns, 1500 rifles and 400 machine guns. He had six months to prepare for war and he had no money to finance the acquisition of arms. To make matters worse the US placed an embargo on arms going to Palestine and the British military kept confiscating Jewish weapons and preventing Jewish immigration until they left. He sent Golda Meir to America to raise the money from the Jews and they responded generously.

When the British left, they turned over to the Arabs their command posts and much equipment. Talk about impossible odds.

In the lead up to the declaration, the State Department put enormous pressure on Ben-Gurion to postpone the declaration and warned him that the Arabs would attack and that the United States would not come to his aid. In fact the State Department, threatened to stoke anti-Semitism by publishing documents that would “do great harm to the Jews” as retribution for the establishment of an independent State of Israel, according to newly unearthed diplomatic cables.

Chaim Weizmann warned, “It’s now or never” and the Jewish people agreed. The state was declared and the war began.

One month later the parties agreed to a truce. The Arabs were not doing as well as they expected and the Jews needed a rest and time for more arms and Jewish refugees to reach Israel. A month later the war commenced and Israel captured more land. When the Armistice Agreement of 1949 was being negotiated, the State Department put enormous pressure on Ben Gurion to retreat but he steadfastly refused.

As a result of the influx of Jews following the Declaration of the State and the fleeing of Arabs as a result of the war, the Jews reached a majority of the population by the end of 1950 and Israel acquired more land. The United Nations quickly passed Res 181 calling for the return of the refugees to Israel and the creation of UNWRA. The US by supporting this resolution was attempting to reverse Israeli gains.