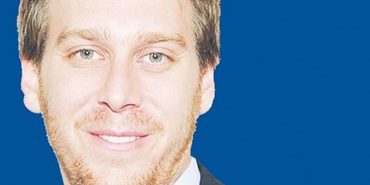 Hundreds of Israelis are running for a seat in the Knesset. Only one is running for a seat in Congress. Itamar Gelbman was born in New York 30 years ago and as a child moved with his parents to Herzliya, where he was raised. He studied business management and computer science at Tel Aviv University and served as an undercover reserve officer in the Tel Aviv Police District.

After graduation, Gelbman joined the IDF where he was a lieutenant in what he calls the “army special forces.” He said he could not be more specific about what he did in the army but that he received multiple awards, including a commendation from the IDF chief of staff.

Eight years ago, he moved to Texas. After US President Barack Obama was elected in 2008, Gelbman decided to get involved in politics. At first he wanted to volunteer for a politician, but he did not like the current crop of politicians where he lives.

“I didn’t like what I saw, so I decided to step up and run myself,” he said.

Gelbman is running in the May 29 Republican Primary in Texas’s Sixth Congressional District, which is outside Dallas. He will face off against incumbent Joe Barton, who was first elected in 1984 and has never won reelection with less than 60 percent of the vote, and challenger Joe Chow.

After Fox News’s Bill O’Reilly and the television show Inside Edition ran critical reports of Barton receiving a car paid for by taxpayers, Gelbman said he is confident he could beat him. One of his reasons for optimism is that voters in the heavily Evangelical Christian district like his connection to Israel.

“I’m the only candidate for the seat who is pro-Israel,” Gelbman said.

“Barton has been in office for 28 years and has never been publicly outspoken on Israel. He votes with Republicans in favor of Israel, but he never visited. Israel’s not his thing,” he said.

Gelbman said he believes American politicians need to give Israel the benefit of the doubt. He does not believe the US should involve itself in the settlement issue and he would work to block foreign aid to Islamic countries that act against Israel and the United States.

“I would defend Israel and be their voice in the House,” he said.

“Israel should be allowed to do whatever it needs to do. The Palestinians need to change their education system and accept Israel as a Jewish state with Jerusalem as its capital.”

Gelbman said he would work to make sure a law requiring the US to move its embassy in Israel to Jerusalem would be enforced.

He received national attention when Muslims in his district were offended by his campaign flyer in which vowed to “fight the Islamization of America.”

Asked for his views on Iran, he said he was “100% against the Iranian nuclear weapons program and 100% behind Israel’s right to defend itself.”

He said that if Iran’s nuclearization was prevented, it would make the entire world safer.

Gelbman recently came to Israel to spend Passover with family. While he was in the country, he met with MK Danny Danon and other Likud politicians. He said he’s not a religious person but that he respects Jewish tradition.

Though Gelbman bills himself as the “first American- Israeli running for US Congress,” current Chicago Mayor Rahm Emanuel, whose father was born in Jerusalem and served in the Irgun, was in Congress from 2002 to 2009.

“Rahm Emanuel isn’t Israeli,” Gelbman said. “He never lived in Israel, and never served in the IDF. His father is Israeli.”