The end of Palestine 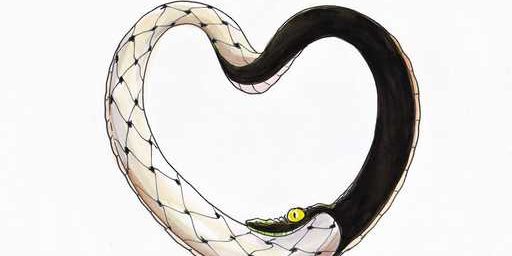 I never thought I would say this, but those of us on the Israeli Right owe a debt of gratitude to Mahmoud Abbas.

By forging a unity agreement with Hamas earlier this month in Doha, Qatar, the Palestinian Authority president has inadvertently corroborated one of the central tenets of our political philosophy: the Palestinians cannot and must not be granted a state.

Ever since the signing of the Oslo Accords in September 1993, we have warned against the establishment of a Palestinian entity alongside Israel. Historical, military and geopolitical arguments have been made, numerous articles and papers have been written, and countless rallies and protests were organized, all with the aim of demonstrating just how foolhardy such a step would be.

Repeatedly, we have pleaded with the public to recognize the dangers inherent in dividing the land of Israel and placing the heart of the country within our foes’ artillery range. Time after time, we have insisted that an independent Palestine would be swept up by the rising tide of Islamic fundamentalism and become an outpost for Iranian-style extremism.

It has often been an uphill battle, as much of the media and the international community has prodded and pressed to give the Palestinians a state of their own, seemingly without regard for the consequences.

But earlier this month, Abbas delivered decisive and irrefutable corroboration of everything the Right has been saying for nearly 20 years.

When he sat down with Hamas thug Khaled Mashaal and Qatari Emir Sheikh Hamad bin Khalifa al-Thani on February 6, smiled for the cameras and then formally agreed to joint Fatah-Hamas rule, Abbas validated the worst fears of every Israeli.

He embraced a terrorist movement committed to Israel’s destruction, legitimized them by welcoming Hamas into the Palestinian political mainstream, and laid the groundwork for their possible takeover of the Palestinian Authority. Under the terms of the deal, Abbas will head a unity government that will oversee Palestinian presidential and parliamentary elections in Judea, Samaria and Gaza later this year.

And so, in one fell swoop, he has breathed new life into the Palestinian jihadist movement, raising their hopes to eventually seize the reins of power in Ramallah, just as they did in Gaza City. From a security point of view, this is a nightmare in the making.

Should Hamas prevail, it would mean that the same organization that has been busy firing rockets into southern Israel would suddenly gain a political and institutional foothold just 10 kilometers north of Jerusalem. And Hamas’ Iranian backers would enjoy a clear and unmistakable boost by further tightening their ring of encirclement around the Jewish state.

Lest anyone doubt the significance that Hamas attaches to the deal, they should consider what Mashaal declared its primary goal as being: “to resist the enemy and achieve our national goal.”

Qatar’s role in forging the Palestinian unity deal should not be underestimated.

The tiny Gulf state has played a significant part over the past year in helping to strengthen various Islamist forces throughout the region, from the Muslim Brotherhood in Egypt to the Islamist Party Ennahda which came to power in Tunisia. The Qataris are now obviously trying to shepherd Hamas to power as well in order to further their own interests, and they will surely make a concerted effort to see that come to pass.

However dangerous this development might be on the ground, it does present a significant opportunity in terms of Israel’s public diplomacy. Simply put, Abbas’s embrace of Hamas should be used to make a strong case against the prevailing notion that a “two-state solution” can bring about peace.

After all, the mirage of moderation surrounding Fatah and the Palestinian Authority is now unambiguously on display as little more than a figment of the Left’s imagination.

We must make the case that this is the end of Palestine, the death knell of the delusion that the Palestinian leadership was interested in reconciliation, compromise and peace. For if Abbas and his cohorts truly wished to see an end to the conflict, they would not have joined hands with those who advocate endless confrontation. By affixing his signature to the unity deal, Abbas has therefore settled the argument once and for all.

Faced with a choice, he discarded the possibility of an armistice with Israel, thereby closing the door on any chance of a resolution. Abbas chose Hamas over harmony. Now we must make sure he pays a price for doing so.