The rejection of Israel 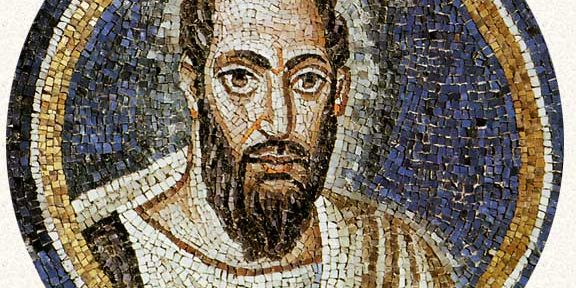 By Jacques B. Doukhan, Th.D.

Nowhere in the New Testament do we find the rejection of Israel. In fact, the only time where the biblical text speaks about the rejection of Israel, it is in emphatically negative terms to affirm that God has not rejected them. “Has God cast away His people?” (Romans 11:1), asks Paul; his answer is clear and unambiguous: “Certainly not!” And this response “Certainly not!” is all the more significant as it is given after the crucifixion, even after the first “Jewish” resistance to the “Christian” proclamation.

There is no exegetical reason to believe that in these verses (Romans 11:3-6) Paul is thinking of another “spiritual” Israel, distinct from the people he just spoke about in Romans 10:21. The same word people is used in both consecutive passages (Romans 10:21; 11:1), echoing each other. Also, the same word “Israel” is used in 10:21 and 11:2 and in both cases in negative terms (see also 11:7). Both “Israels” are unfaithful, and yet they are still called “Israel” and “his people.” The danger Paul was addressing arises largely because of the expulsion of Jews from Rome several years earlier (A.D. 49) who were now returning (after the death of Claudius in A.D. 54 and hence the lapse of his edict). With the Jews, many Jewish-Christians like Prisca and Aquila came back, which may have caused some friction between Gentiles and Jews. The greater vulnerability of these Jews on the one hand and the growing self-confidence of the Gentile Christians could explain why Paul felt it necessary to warn his Gentile readers against any feeling of superiority and the supersessionist idea that they had replaced the Jews not only in their new political leadership positions but also theologically. Paul’s answer is clear: Gentile Christians are still dependant on the heritage stemming from Abraham through the Jews. To prove his point that Israel has not been rejected or replaced by the Gentiles, Paul structures his discourse around three arguments:

1. THE ARGUMENT OF THE JEWISH CHRISTIAN (11:1-10)
“For I also am an Israelite, of the seed of Abraham, of the tribe of Benjamin” (Romans 11:1). Paul does not use here a spiritual language; he refers to the concrete historical line of his genealogy. Even the reference to Elijah is not spiritual but is also a personal appeal to his own ancestry, since Elijah was a Benjamite (cf. 1 Chronicles 8:27) as he himself was (cf. Philippians 3:5). “Here I am,” he says to the “Gentile” Christians (Romans11:18) of that time who were tempted by the Rejection-Supersessionist Theory. “The fact that I, a Jew, have received Christ in my life is a clear evidence that God has not rejected his people, the Jewish people,” Paul says. The Jewish Christian among the Christians is the blatant sign that proves that God has not rejected the Jewish people. “I know in my flesh,” Paul argues, “in the reality of my person and my existence that God is still with my people; I am the confirmation, the verification that what you say about my people, that they are cursed, rejected by God, deceitful, and all the portraits you make in your ‘teaching of contempt’ is not the truth. I am before you as a part of the remnant,” says Paul to these Romans, “the visible evidence that God has not rejected His people.”

The same way of reasoning is used by the prophet Isaiah who also refers to a remnant whose presence guarantees the survival and the selection of the chosen people: “Unless the Lord of hosts had left to us a very small remnant, we would have become like Sodom, we would have been made like Gomorrah” (Isaiah 1:9). Note that the text does not say or imply that, because of the unfaithfulness of Israel, the people were now rejected and replaced by a remnant. Here, also, the remnant serves as a sign, the very proof that Israel remains God’s people. The fact that there was a remnant in Israel kept God from destroying the people and turning them into Sodom and Gomorrah. Incidently, the evocation of Sodom and Gomorrah in that context is not an accident, the biblical text tells us in that case there was no remnant (Isaiah 1:9; Genesis 18:32-33).

In other words, if Paul refers to himself as a Christian, it is not to suggest the idea of “a spiritual” Israel, the “remnant,” replacing an ethnic, carnal Israel. The “remnant” remains a part of the ethnic Israel even though it is not all Israel (see above). And the fact that there is still a remnant in Israel, and “I am a part of this remnant,” Paul says, should tell you that your idea of rejection and replacement does not hold, and that God, on the contrary, has not rejected his people “whom he foreknew” (Romans 11:2), in spite of their unfaithfulness .

2. THE ARGUMENT OF THE “SAVED” GENTILES (11:11-25)
Even when the Jews “stumble,” says Paul, it profits for your salvation. Note that the Greek text does not use the words “fall,” or “rejected,” but “stumble,” “trespass” (eptaisan, paraptomati, from ptaio) implying that they are still standing and surviving; they have not fallen. Paul says it explicitly: “. . . that they should fall? Certainly not!” (v. 11). Note, also, the same “certainly not” (me genoito) as in v. 1, in both cases relating to the idea of the “rejection” or the “fall” of Israel. But, through their stumbling, says Paul, “salvation has come to the Gentiles” (v. 11).

The mention of this “stumbling” of some Jewsthat is, their resistance to the gospelshould be understood in context. Paul speaks to the Gentiles and responds to those who boast of their superiority over the Jews who did not see what they saw. Even if the Jews stumble, he says, this very stumbling is good for you Gentiles; it is a blessing for you, for their being cut off allows you to be grafted in. Paul brings out here the full implication of God’s purpose to bless the nations through the seed of Abraham. Paul interprets the verse in Genesis 12:3: “In you all the families of the earth shall be blessed” (nibrekhu) by playing on the word brk which was also used in Second Temple literature with the secondary meaning of “engrafting” (through the influence of Aramaic).

Paul’s interpretation of the “engrafting” of the Gentiles is similar to that of R. Eleazar that is reported in the Talmud: “R. Eleazar further stated: What is meant by the text, ‘In you all the families of the earth shall be blessed (Gen 12:3)?’ The qadosh Barukh Hu (the Holy One (Blessed Be He) said to Abraham, ‘I have two goodly shoots to engraft on you: Ruth the Moabitess and Naaman the Syrian. All the families of the earth, even the other families who live on the earth.” In other words, says Paul to the Gentiles, your blessing is not due to your own merits (you are a wild olive, and therefore unproductive), but is the result of your grafting to the good and productive olive tree. So, instead of capitalizing on their “fall” and theorizing a theology of rejection and boasting about your spiritual superiority, rejoice and be grateful, and be humble, because you owe them your salvation, even in their trespass. The point of this argument is not so much the stumbling of those Jews as it is the arrogance and the boasting of the Gentiles. Paul does not necessarily imply that he believes that all Israel as a people, that all the Jews (or even the majority), have stumbled. Paul speaks only of “some of the branches” (v. 17). He simply goes along with the argumentation of those Gentiles (“you will say” ; “well said” ) and returns it against them in a typically rabbinic fashion.

3. THE ARGUMENT OF THE PEOPLE OF ISRAEL (11:25-36)
In Paul’s perspective, even if the Jews stumble, if some natural branches have been cut out of the olive tree, their grafting back into their own olive tree is all the more expected and will work more naturally than the grafting of the wild branches. This observation is aimed against the Christian Gentiles who boast about their superiority over the Jews who stumbled. Although you are saved, says Paul, and they are not, although you have now something they do not have, you should remember that if salvation was made possible for you, if grace worked for you, the wild branches, it will work all the more (the rabbinic reasoning qal wahomer: a fortiori) for the Jews, the natural branches.

Now, Paul focuses on Israel and draws from the historical reality of the chosen people two reasons why God has not rejected His people. The first reason pertains to the roots of Israel and concerns “the election”insisting on the fact that “they all are beloved for the sake of the fathers” (11:28). This discourse is based on a rabbinic principle Zekhut Avot (“merits of the fathers”). The election of Israel is thus reaffirmed in spite of their stumbling and the sorrow of the apostle. Paul’s sadness to see that not all the Jews are accepting Jesus does not keep him from still recognizing them as chosen people (see Romans 9:1-5).

Paul’s sorrow, as well as Jesus as he weeps over Jerusalem (Luke 13:34), should not, therefore, be used as an argument to support the rejection of Israel. Those sentiments and exhortations betray, on the contrary, the love and the concern that Paul and the Son of God had for Israel, still dear to their hearts.

The second reason pertains to the fruit of Israel (the Messiah Himself; see Romans 9:5) and the branches which will someday in the future be regrafted to the tree. From this potential, the apostle takes the argument against the idea of the rejection of Israel. Using once again the rabbinic reasoning (qal wahomer: a fortiori), Paul underlines once again the election of Israel. The branches, even cut out, keep their nature as “olive tree.” The natural branches did not loose their character as “chosen” branches. The Israelites who had not accepted Jesus were still considered by Paul to be the chosen people which deserved respect, because of the past election and the roots that carried them, and as witnesses to the revelation (see Romans 9:4-5)“For the gifts and the calling of God are irrevocable” (11:29) and also because of the future, the eschatological hope of the regrafted branches. Then, from within this eschatological perspective, Paul elaborates on the hope of the final salvation: “And so all Israel will be saved” (11:26). In this new eschatological context of salvation, the entity of Israel is invested with a new meaning. This time, Paul does not speak about a “spiritual” Israel, the Christians or/and the Jewish Christians or/and the Gentiles, the church that would have replaced the unfaithful Israel. He does not refer to the Jewish Israel either. But he sees beyond the present earthly realities and dreams of the “saved” Israel. In this “Israel,” says Paul, will be found all the redeemed people. It is the same “all Israel” that is implied in Romans 9:6, which includes Jews, the natural branches, and Gentiles, the wild branches (11:24). The expression all Israel (Hebrew: kol Israel) typically Deuteronomic in style refers to the totality of the people, just before their entry to the promised land (Deuteronomy 34:12; cf. 27:9; 31:1,7, 11, 32:11, etc.), is a well-known idiom that has Creation-apocalyptic overtones (Isaiah 45:18, 24-25; Daniel 9:7-8, Leviticus 16:21, 22, 70; cf. Genesis 2:1-3) referring to the cosmic view of salvation.