No support for Israel in D.C. 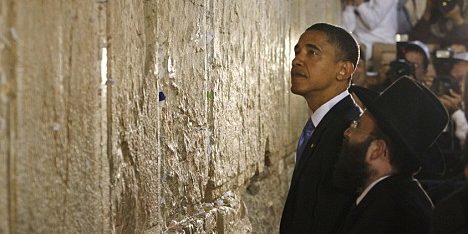 The last year has seen the White House become empty of people who have a deep personal knowledge of the Israeli situation and who care about the Israeli-Palestinian conflict. At first it was the much publicized resignation of former White House Chief of Staff Rahm Emanuel who was involved in every significant detail of the White House’s Israel agenda.

If that is not enough, next month Dennis Ross, Obama’s senior advisor on the Middle East, will be leaving office. Ross’ White House exit has barely raised a murmur in Israel even though it is one of the biggest losses to the US government as far as relations with Israel and the Israeli-Palestinian conflict are concerned. It leaves Israel without a reliable contact within the White house.

Rahm Emanuel was replaced by Bill Daley who doesn’t deal with the Israel issue. Axelrod, whose focus was the political significance of relations with Israel, was replaced with David Plouffe who is busy with managing Obama’s election campaign and has no connection to the Israel-Palestinian matter.

Steve Simon now heads the US National Security Council’s Middle East desk and was immediately drawn into the Arab Spring uprisings. Shapiro was Obama’s top adviser on Israel and the Middle East during the 2008 presidential race and came with him to the White House. He had access to Obama’s inner circle, access that Simon will have to work hard for.

Ross, 62-years-old, decided that after three years of working in the White House, it would be pointless to waste his time working around the clock when it is clear that Prime Minister Benjamin Netanyahu and Palestinian President Mahmoud Abbas aren’t making any progress while President Obama who is disappointed by both leaders, lacks the commitment the process needs due to the fact that it is an election year.

Ross’ resignation also comes at a bad time for Obama, who needs Ross during the election year as a credible advocate among Jewish Americans. It would seem that Ross does not see this as a sufficient reason to continue in his thankless job 24/7.

Many of the best and brightest have collapsed under the pressure after 18 months in the White House. Dennis Ross managed to survive for nearly three years.

Ross often found himself in the minority opinion, he believed in small steps and not in connecting any US strike against Iran with Israeli concessions on the settlements. He was opposed to exerting public pressure on Israel to halt settlement construction, a move special Middle East envoy George Mitchell favored.

Ross believed in the policy of exhibiting soft diplomacy in public, making progress behind the scenes, while at the same time understanding the political difficulties that Netanyahu’s right-wing government is under.

Mitchell promoted a stance that demanded that Israel halt settlement construction in exchange for normalization of relations the Arab world, including opening the Arab skies to and air space to Israeli commercial flights. Mitchell’s stance failed. And the more Mitchell faded away, the more Ross took center stage. Yet after a few months it was clear to him that at this point, there was no one to talk to.

Ross’ stance put him in a problematic position with the Palestinians. Abbas no longer wanted to meet with him and Jordan’s King Abdullah hinted at a “problem” with him in an interview given in the US. This might have also contributed to Ross’ decision to resign.

A source within Washington said that Dennis Ross understands Israel in high definition and is irreplaceable. The source added that while Ross doesn’t always see eye to eye with Israel, there has always been mutual respect and there are very few people who have his experience, knowledge and the expertise at a time when the Iran issue is becoming a major issue during an election year.

The source noted that Ross can play the game of Middle East chess in a way that only a very few would be capable of and that Ross’ decision to reason was due to exhaustion.

Aaron Miller, a Middle East specialist currently a public policy scholar at the Woodrow Wilson International Center for Scholars, was Ross’ deputy as Middle East envoy during the Clinton administration. According to Miller, at this stage there is nothing left for Ross to do within the government.

Miller stated that there is no credible peace process, no expectations from Netanyahu or Abbas to exhibit leadership and no Arab leader willing to step up to the plate. The fall of Assad’s regime in Syria will further complicate matters at this stage.

Miller added that if someone were to tell him that there was a breakthrough in negotiations, that the US was involved in a serious process between two leaders and a US president investing his time and efforts in the process, then he would think Ross had something to do as he offered perspective, sensitivity and experience that no one else has.

Now that Ross is out of the picture, Miller finds himself on a very short list of State Department alums who are Middle East experts that might be under consideration by the White House.

The two frontrunners are Dan Kurtzer who endorsed Obama’s candidacy during the 2008 democratic primaries and Martin Indyk, a close associate of Secretary of State Hillary Clinton. The question is – who will be willing to come in on an election year where the results are far from clear.