Preparations for the Jewish New Year 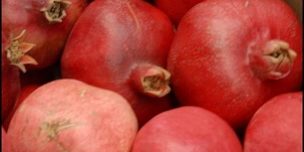 BY TRAVELUJAH (SIGN UP FOR THE ISRAEL TRAVEL NEWSLETTER)—

The period preceding the Jewish New Year is marked by special penitential prayers, recited before the regular morning prayers, and the blowing of the ram’s horn (shofar in Hebrew) after the morning prayer service.  Jews of North African and Middle Eastern origin began to recite these special prayers on 1 September; Jews of European origin will begin to recite them on 24/25 September).  These special prayers are said daily (except on the New Year holiday itself and the Sabbath) until the day before Yom Kippur (7 September).

Rosh Hashanah (the two-day Jewish new year), whose observance is mandated by Leviticus 23:23-25, will begin at sunset on Wednesday, 28 September and conclude at nightfall on Friday, 30 September.  Both days are marked by special prayers and scriptural readings.

The centerpiece of the Rosh Hashanah service is the blowing of the shofar during morning prayers.  (The shofar is not sounded on the Sabbath should either of the two days fall on Saturday.)  Both days are full public holidays and, as on the Sabbath, there will be no public transportation or newspapers.  In addition, many businesses, museums and other institutions, which are normally open on the Sabbath, will be closed over the holiday.  The GPO will be closed on Wednesday-Saturday, 28 September – 1 October, inclusive.

Rosh Hashanah is also characterized by two special customs.  The first is the eating of apple slices dipped in honey, symbolizing the hope that the coming year will be “sweet.”  The second involves going to a natural source of flowing water (such as an ocean, river, or spring), reading a selection of scriptural verses and casting pieces of bread into the water – to symbolize the “casting off” of the previous year’s sins; this practice derives from Micah 7:19 (“…and You will cast all their sins into the depths of the sea.”)  This ceremony takes place on the first day of Rosh Hashanah (or on the second, if the first day falls on the Sabbath).

The Period Between Rosh Hashanah and Yom Kippur

The ten days between New Year and Yom Kippur (inclusive) are known as “The Ten Days of Repentance”.  Jewish tradition maintains that this is a time of judgment when all people and nations are called to account for their deeds of the past year, and when their particular fates for the coming year are decided.

The day after the New Year holiday is a day of fasting known as The Fast of Gedaliah, and commemorates the murder of Gedaliah, the Jewish governor of Judea, who was appointed by the Babylonians after they captured Jerusalem in 586 BCE; the episode is recounted in II Kings 25:22-25.  When the day after Rosh Hashanah is a Saturday, as it is this year, the fast is postponed by one day.  Accordingly, the fast will extend from sunrise on Sunday, 2 October this year, until nightfall the same day.  Special scriptural readings are recited, but the day is not a public holiday.

A single Sabbath, known as the “Sabbath of Repentance”, always occurs between Rosh Hashanah and Yom Kippur.  This Sabbath (1 October this year) is marked by a special reading from Hosea 14:2-10, beginning with, “Return, Israel, unto the Lord your God.”

Yom Kippur (Hebrew for “The Day of Atonement”) begins at sunset on Friday, 7 October, and concludes at nightfall on Saturday, 8 October.  Its observance is mandated by Leviticus 16:29-31 and 23:27-32.  The holiest day of the year, Yom Kippur is the day on which, according to Jewish tradition, our fates for the coming year are sealed.  Synagogue services – centering on the penitential prayers – will continue for most of the day and include special scriptural readings (including the Book of Jonah in the afternoon).  Memorial prayers for the deceased, said four times a year, are recited on Yom Kippur.  At nightfall, the shofar is sounded once to mark the end of Yom Kippur.

Yom Kippur is a full public holiday in Israel and almost all establishments, including the GPO, will be closed (The GPO will be closed Friday-Saturday, 7-8 October). There will be no radio or television broadcasts. Since Yom Kippur is a day of introspection, completely separate from the normal course of daily life – the physical aspects of our lives are sublimated while we concentrate on our spiritual concerns – the day is marked by a full (sunset to sunset) fast. The wearing of leather, the use of cosmetics, bathing and marital relations are likewise forbidden.

The seven-day Sukkot festival, mandated by Leviticus 23:34-35 and 23:39-43, begins at sunset on Wednesday, 12 October and concludes at nightfall on Wednesday, 19  October.  The first day, from sunset on Wednesday, 12 October, until nightfall on Thursday, 13 October, is a full public holiday.  All seven days of the holiday are marked by special prayers and scriptural readings – including the Book of Ecclesiastes, which is read on Saturday, 15 October.  Sukkot is a joyful, family oriented holiday, which follows – and provides a contrast to – the somber, introspective and private character of Yom Kippur.  Many businesses and institutions will either close or operate on a reduced basis.  The GPO will be closed from 12-22 October, inclusive, and will reopen on Sunday, 23 October.

Sukkot is characterized by two main practices.  Jews are enjoined to build, take all of their meals in, and (if possible) sleep in, temporary huts topped with thatch or palm fronds during the festival.  These huts (sukkot in Hebrew) commemorate the temporary, portable dwellings in which the Jewish people lived during their 40-year sojourn in the wilderness that followed their liberation from slavery in Egypt.  The second main Sukkot observance is the special bouquet – consisting of a closed palm frond, a citron, a myrtle branch and a willow branch – that is held during morning prayers on each of the seven days (except the Sabbath); its origins derive from Leviticus 23:40, many traditional explanations of its symbolism have been cited.

The Shemini Atzeret (literally “The Eighth Day of Assembly” in Hebrew) holiday immediately follows the last day of Sukkot, beginning at sunset on Wednesday, 19 October and concluding at nightfall on Thursday, 20 October.  Its observance is mandated by Leviticus 23:36.  It is a full public holiday.  (Even though it follows the seven-day Sukkot festival and is often considered part of Sukkot, it is, in fact, a separate holiday.  The special bouquet is not used and the obligation to sit in the sukkot no longer applies.)  The day’s prayer services include the memorial prayers for the deceased, as well as the prayer for plentiful rainfall during the coming winter.

Dancing with the Torah on Simchat Torah

Shemini Atzeret, however, centers around its special scriptural readings.  On Shemini Atzeret, the yearly cycle of Torah (the first five books of the Bible, i.e. Genesis to Deuteronomy, one section of which is read on each Sabbath during the year) readings is both completed and begun anew.  This event is accompanied by dancing and singing, sometimes continuing for several hours; in religious neighborhoods, these celebrations often spill out into the streets.  Thus, the holiday is also referred to as Simhat Torah (“Rejoicing of the Torah” in Hebrew).

(SIGN UP FOR OUR HOLY TRAVEL NEWSLETTER!  ITS FREE AND ITS MONTHLY AND YOU WILL NOT WANT TO MISS IT!)