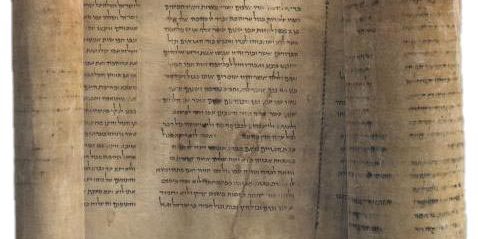 The Dead Sea Scrolls have made their way online some 2,000 years after they were written through a partnership between Google and Israel’s national museum.

The important documents are available in searchable, high-resolution images, accompanied by informative videos, background information, and historical data. So far five of the scrolls have been digitized, including the biblical Book of Isaiah, the Temple Scroll, and three others.

Managing Director of Google’s R&D Center in Israel, Professor Yossi Matias said they plan to add additional Dead Sea Scroll documents to the site in the future. The AP says nearly all the scrolls will be online by 2016.

While smaller selections of the scrolls are owned by private collections and organizations, the Israel Museum owns the most complete scrolls. These documents are housed in a secured building in Jerusalem called the Shrine of the Book, which requires three keys to enter.

“ are of paramount importance among the touchstones of monotheistic world heritage, and they represent unique highlights of our museum’s encyclopedic holdings,” said James Snyder, Anne and Jerome Fisher director of the Israel Museum. “Now through our partnership with Google, we are able to bring these treasures to the broadest possible public.”

Critics have admonished the owners of the scrolls in the past for allowing exclusive circles of scholars to hoard the documents. Going forward, however, the Dead Sea Scrolls will be available to anyone with Internet access in extreme detail: they’ve been preserved in 1,200-megapixel images.

The Dead Sea Scrolls are widely considered to be one of the most important archeological discoveries of the 20th century. Written from about 150 BC to 70 AD, the manuscripts provide the basis for much of the Christian Bible and give insight into the history and diversity of Judaism. Bedouin shepherds originally discovered the scrolls in the winter of 1946-1947 in caves on the West Bank. The five scrolls that are now online were purchased by Israeli researchers between 1947 and 1967 from antiques dealers.

You can peruse the scrolls by visiting the Dead Sea Scrolls Project site.