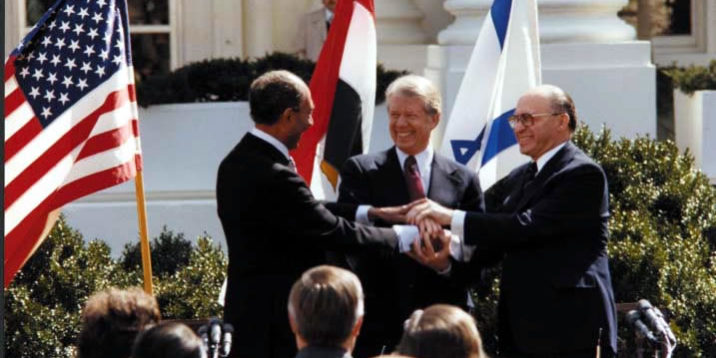 In my last published article: In prayer, Jews face Jerusalem but Muslims face Mecca, I received this simple but profound question from a reader.

“You wrote that for 19 long years from 1948 to 1967, Jordan had occupied Judea and Samaria (the West Bank) and the eastern half of Jerusalem. Then why didn’t Israel Annex the West Bank after 1967 and why doesn’t it annex it now?”

Indeed, why have the last 44 years since June 1967 been wasted and Judea and Samaria, the Jewish people’s biblical and ancestral heartland, not been annexed to the reborn Jewish state?

Unfortunately many Israeli leaders at the time were socialists, leftists and some even atheists. They were not well grounded in the religious history of the Jewish people and its attachments to its holy places. Despite pleas from religious and conservative Jews, these leftists refused to fully appreciate the precious nature of those lands to the Jewish state: A tragic, missed opportunity.

The leftwing leaders also undertook a repeated policy of appeasement towards the hostile Arabs, and didn’t seize the opportunity for annexation that arose in 1967 after the Six Day War. Israel’s left leaning government at the time thought that by not annexing the territory it would lead to goodwill negotiations where everything would be on the table. This, and the failed policy of appeasement was a historic mistake.

The most extreme example of this appeasement was the immediate turnover of the Temple Mount in Jerusalem (the site of the two Jewish Temples) to the Arab Waqf by Moshe Dayan, Israel’s Defense Minister in the then leftwing Israeli government. Now the Waqf is deliberately destroying ancient Jewish and Christian antiquities, which Israeli authorities are unable to monitor. More appeasement of the Arab Muslim world leading to Muslim desecration and a crime against history and civilization.

Later—and still continuing the failed appeasement policy – subsequent prime ministers under the rubric of “land for peace” caused the woeful surrender of Jericho, of Hebron, (King David’s first capital city) of Shechem (Nablus), and so much of Judea and Samaria to illegal Arab development.

Even conservative Prime Ministers like Menachem Begin and Binyamin Netanyahu fell into the trap of believing that the Muslim world would finally accept a Jewish state in return for endless concessions. Begin gave away all of the Sinai peninsula and Netanyahu in his first term as Prime Minister gave away Hebron—one of Judaism’s four holy cities.

Again, this was a fatal mistake for the empirical fact is that Islam will never accept a non-Muslim state in lands once conquered in the name of Allah. This simple and enduring truth is nigh impossible for secular westerners—be they Israelis or Americans—to understand and yet without this realization, all talk of true and enduring peace is a grand delusion.

As time went by, fatal euphemisms began to be employed such as “the peace process, land for peace, and the two- state-solution.” All these baseless phrases led not to peace but to more Muslim Arab demands, war and terrorism against Israel. Yet still the Left remained deaf and blind.

The “Two State Solution,” has now been embraced by politicians and journalists alike, repeated endlessly, and touted as the panacea for a just, equitable solution to the Israel-Palestinian conflict. It has assumed the repetitious role of a muezzin’s call to Islamic prayer. But it is based on erroneous geography and history; on a mixture of wishful thinking, naiveté and a brilliant Arab propaganda campaign of disinformation and falsehood.

The Holocaust denying leader of the Palestinian Authority, Mahmoud Abbas, and Israel’s supposed peace partner—a man who is a wolf in sheep’s clothing—has publicly rejected any willingness to accept Israel as a Jewish state; a sure indication of the falsity of any Arab claim to live in full and lasting peace with Israel, especially now Abbas has embraced within his government the malignancy known as Hamas.

The creation of yet another Arab state—this will be number 23—based upon the two-state-solution and carved out of Judea and Samaria within the mere 40 miles separating the Mediterranean and the Jordan River, is a recipe for war and for the piecemeal destruction of the Jewish state.

Israel is being pressured to shrink to a mere 9 miles wide as it was prior to the defensive war Israel was forced to fight in June, 1967. These lines were called the Auschwitz lines because of the impossibility of defending them against Arab genocidal hostility.

Any new Arab state will more than likely fall under the control of the Islamist Hamas movement, itself a branch of the Muslim Brotherhood, which seeks the annihilation of Israel and a worldwide Islamic Caliphate. Gaza, and what it has become, is living proof of Palestinian Arab genocidal intentions towards Israel

The Iranian mullahs, perhaps soon armed with nuclear weapons, will have a command and control base within the territory already given away to the Arabs. They will be ensconced in Gaza on the eastern shore of the Mediterranean Sea, interested in launching ever more lethal terror against what is left of Israel and threatening Europe.

If Israel foolishly gives away parts of Judea and Samaria, there will be no part of Israel or Jerusalem safe from Palestinian Arab missile attacks. When President Bush was still Governor of Texas he flew over Israel’s tiny width and remarked, “why, in my state we have driveways longer than that.”

That nightmare for Israel is the most likely outcome of the current proposed Two State Solution west of the Jordan River, which the Obama Administration is pushing with the flawed zeal of a misguided zealot. Indeed, Barack Hussein Obama is practically demanding Israel be pressured to return to the pre-June 1967 armistice lines; essentially calling for Israel’s national suicide. This may well reach a crescendo in September.

But to truly create a just and equitable solution to the Israeli-Palestinian conflict there must be a Two-State Solution, not within the territory west of the River Jordan, but on both sides of the river.

Let us also be reminded that the Jewish birthrate in Judea and Samaria (the so-called West Bank) is increasing and the Arab birthrate decreasing. The fear of an Arab demographic bomb is receding according to statistics regularly provided by Yoram Ettinger.

If there is a desire within the international community to truly arrive at a “just and equitable” solution, then this would be it. Of course, if this was a perfect world, it would satisfy historical, geographical, religious and ethnic considerations. But, alas, it is anything but a perfect world and the fanatical desire by so many Arab and Muslim nations to wipe out all vestiges of a Jewish state is a depressing reality.

In the 44 long years since Israel liberated the territories from Arab occupation it has missed opportunities to annex Judea and Samaria. History might have been so different if the leaders of the Jewish state had not been ignorant of their biblical and post-biblical history or of their essential Jewish faith; so inextricably intertwined with the Land of Israel and its 3,000 year old Jewish capital: Jerusalem.

So many of the early Israeli politicians were from the Left and were not moved by faith to redeem the hills and valleys of biblical Judea and Samaria—the very heartland of the Jewish people and their history. And still today, the Israeli Left is blinded by a veritable veil of deception. Peace Now, for example, despite every manifestation of Jew hatred by the Muslim and Arab world, does all it can to drive fellow Jews out of their ancestral lands. And a dominating Leftwing bias among Israeli tenured professors and a left-leaning Israeli Supreme Court often jeopardizes Israeli security.

The corollary to this is that the Jewish state must not succumb to the enemy within—the Left—and the enemy without—the Arab and Muslim world—or give away any more of its native, ancestral, biblical, spiritual and physical homeland to a people whose Islamic religion demands of them no true peace with Israel, no true negotiations with Israel, and no true recognition of Israel as a Jewish state.

There is no time for anymore missed opportunities.

Category: Judea and SamariaBy The Jerusalem ConnectionJune 8, 2011Leave a comment