Netanyahu Shines in Speech to Congress 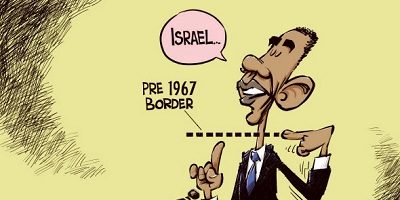 The most riveting moment of Israeli Prime Minister Benjamin Netanyahu’s much-applauded address to Congress on Tuesday was his declaration that “the hinge of history may soon turn, for the greatest danger of all could soon be upon us: a militant Islamic regime armed with nuclear weapons.” He was speaking of Iran, but then he broadened his scope, adding: “Militant Islam threatens the world. It threatens Islam.”

“It threatens Islam” — i.e., the real Islam is a Religion of Peace that has been hijacked by a tiny minority of extremists. This unreality is disappointing to see, and will not bode well for Israel insofar as it continues to translate into policy. Nonetheless, even to acknowledge that the threat has any Islamic character at all is a huge advance over Obama, George W. Bush, David Cameron, Gordon Brown, Tony Blair, et al.

For it was not until four years after 9/11, in October 2005, that Bush pointed out that the terrorists’ attacks “serve a clear and focused ideology, a set of beliefs and goals that are evil, but not insane. Some call this evil Islamic radicalism; others, militant Jihadism; still others, Islamo-fascism.” He had never used such terminology before that, generally limiting himself to calling the enemy “terrorists” and “evildoers” — names so general that they can apply to multitudes besides those who are actually warring against the United States today — and hardly ever used it after that.

John O. Brennan, Obama’s top counterterrorism advisor, summed up the Obama administration’s warmly positive stance toward Islam in an August 2009 address: “Nor does President Obama see this challenge as a fight against ‘jihadists.’ Describing terrorists in this way–using a legitimate term, ‘jihad,’ meaning to purify oneself or to wage a holy struggle for a moral goal–risks giving these murderers the religious legitimacy they desperately seek but in no way deserve. Worse, it risks reinforcing the idea that the United States is somehow at war with Islam itself. And this is why President Obama has confronted this perception directly and forcefully in his speeches to Muslim audiences, declaring that America is not and never will be at war with Islam.”

That may be so, but Netanyahu’s statement is true as well – at least the first part of it: “Militant Islam threatens the world.” America is not and never will be at war with Islam, but a significant element of Islam is at war with America, Israel, and the rest of the free world – and Netanyahu is much more realistic about that fact than any other Western leader.

Nor is that the extent of his realism. In his address to Congress, he spoke other truths that Barack Obama apparently would prefer to ignore, including a stout defense of his country: “In an unstable Middle East, Israel is the one anchor of stability. In a region of shifting alliances, Israel is America’s unwavering ally….My friends, you don’t have to — you don’t need to do nation-building in Israel. We’re already built. You don’t need to export democracy to Israel. We’ve already got it. And you don’t need to send American troops to Israel. We defend ourselves.”

Robert Spencer is a scholar of Islamic history, theology, and law and the director of Jihad Watch. He is the author of ten books, eleven monographs, and hundreds of articles about jihad and Islamic terrorism, including the New York Times Bestsellers The Politically Incorrect Guide to Islam (and the Crusades) and The Truth About Muhammad. His latest book is The Complete Infidel’s Guide to the Koran (Regnery), and he is coauthor (with Pamela Geller) of The Post-American Presidency: The Obama Administration’s War on America (Simon and Schuster).