In reply to Edward Mast and all Israel haters 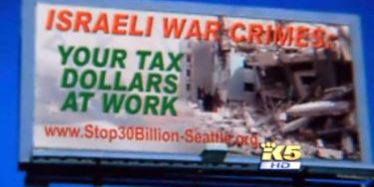 Edward Mast has a towering hatred for Israel. It is a pathology replete with blood libels that have absolutely no basis in truth. His words are dredged from Arab mythology, which he gleefully accepts as fact. His mind is made up and all horrors committed by an Arab and Muslim world he so clearly adores are rendered merely as inconvenient truths and to be hidden or ignored.

His first lie is regarding the number of Arab casualties in Gaza after Israel was finally, after eight long years of enduring missile attacks upon its civilians by the Hamas occupiers of the Gaza Strip, forced to end the Palestinian aggression. The vast number of those killed in Gaza were not civilians: they were Palestinian terrorists belonging to Hamas and Islamic jihad. Hamas itself admitted this very fact. The admission by Fathi Hamad that Israel’s figures were correct and those originally offered by Palestinian groups were false exposes the rush to judgment against Israel that has stained the so-called “human rights” community so often in the past.

Despite thousands of telephone calls by Israel to local Arabs and the dropping of thousands more of leaflets warning the population of the impending campaign to root out the terrorists among them, the civilians killed were predominately human shields the Hamas thugs so horribly used. That is a crime against humanity, which Mast and his cronies would never admit to. Indeed, there is no better and more damning indictment of Edward Mast than his fantastic reversal of facts by claiming that it was Israel not Hamas that fired so many missiles. Again, since the beginning of 2010, it is Hamas which has continued to fire hundreds more rockets and mortars into Israeli farms and villages in an unprovoked aggression against women and children.

The United States has sent millions of dollars to prop up the corrupt Palestinian Authority, which provides little or no accounting to where American tax payer moneys end up. But much of it finds its way into Gaza which helps purchase ever more lethal weapons. Mr. Mast then spews more nonsense regarding the so-called Goldstone report. This grotesquely biased report was conducted by the immoral United Nations Human Rights group, which has among its leading members the likes of Sudan, Libya, Syria, Iran, North Korea and a rogues gallery of the worst human rights abusers and despotic regimes on the face of the planet. But Mr. Mast adores those miscreants because, like him, they hate the embattled democratic Jewish state. Former United Nations High Commissioner for Human Rights, Mary Robinson, had already stated this fact saying: “I am afraid the resolution is not balanced. This is unfortunately a practice by the Council: adopting resolutions guided not by human rights but by politics. This is very regrettable.” And as the late Golda Meier once said to Egyptian President, Anwar Sadat, after the 1973 Yom Kippur War, “We can forgive you for killing our boys, but we can never forgive you for making our boys have to kill yours.”

Oh, by the way, Mahmoud Abbas, the Holocaust denying leader of the Palestinian Authority has declared repeatedly that no Jews will ever be allowed to live in a Palestinian state. They will be the subject of ethnic cleansing. That is Apartheid, Arab style, a crime Edward Mast so loves to falsely accuse Israel of. And let us remember, even if Edward Mast is incapable of doing so, that there has never in all of recorded history ever existed a sovereign Arab state called Palestine.There are too many falsehoods about Israel dredged up by Edward Mast, but let us see him protest for once at the hideous record of human rights abuses so prevalent within his beloved Arab and Muslim societies and, especially among those Arabs who call themselves Palestinians. How about the despicable slaughter of Christians by Muslims in Iraq and Egypt? How about the criminal vandalism by Palestinian Muslims against Jewish holy places such as the tombs of Joseph and Rachel: both Jewish biblical figures? How about the atrocious treatment of women within Palestinian and Muslim Arab society? Let us see whether Mast would condemn the wanton destruction and desecration by the Palestinian Muslim Waqf of ancient Jewish and Christian artifacts on Jerusalem’s Temple Mount. A crime of hideous proportions against history itself.

Finally, will Edward Mast ever come to his senses and no longer support the Palestinian Arabs, right or wrong?

Freelance writer and author of Volumes One and Two of Politicide: The attempted murder of the Jewish state