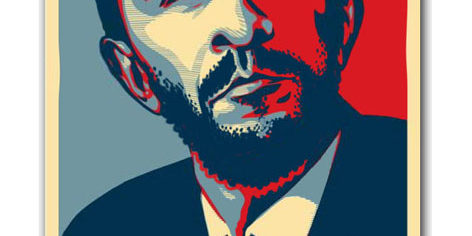 Israelis and Jews around the world have marked the Jewish New Year of 5771. In the homeland of the Jews, which the Palestinians steadfastly refuse to recognize as a people with the right of national self-determination, analysts were assessing some of the strategic issues in the coming year. There was agreement that Iran was still proceeding at full tilt toward acquiring nuclear weapons while its fanatical leaders call continually for Israel’s destruction. As the new year got underway, Prime Minister Binyamin Netanyahu announced that he was ready to compromise on a partial building freeze in Judea & Samaria in order to save the Israeli-Palestinian peace talks.

Dark clouds are gathering on the horizon – that is Israel’s overall strategic assessment for the new Jewish Year. Obviously, the Iranian nuclear threat towers over all else. Although some long distance pundits, most recently CNN’s Fareed Zakaria, have argued the latest set of UN sanctions were having a severe impact on the Iranian economy, there is still no evidence that Tehran has been persuaded to back off its nuclear weapons program. On the contrary, the latest report by the International Atomic Energy Agency in Vienna has disclosed that Iran has actually accelerated its enrichment of uranium. The Iranians have acquired 22 kilograms of enriched uranium of 20% and 2.8 tons at 3.5% – if enriched further to 90% weapons grade the stockpile is now sufficient for producing three nuclear weapons.

Meanwhile Iran is up to its old tricks; it is preventing two nuclear inspectors from visiting its nuclear sites. The exiled Iranian opposition groups, that exposed the secret Natanz enrichment site, say they have also uncovered another clandestine installation located west of Tehran. The disclosure has yet to be verified by independent sources.

As for economic sanctions, a number of big international banks have been caught dealing under the table with Iran. Eitan Arussi, a former IDF intelligence officer who is now working as a civilian in the U.S., has uncovered the clandestine activities of three big international banks to circumvent the sanctions and do business with Iran. Barclays and Lloyds in Britain and Credit Suisse of Switzerland were forced to pay fines of hundreds of millions of dollars in order to continue their banking operations in the U.S. Another six banks are also under investigation for illegal transactions with Tehran. Interviewed by Haaretz, Arussi was asked if economic activity could serve as an alternative to a military strike?

Arussi: “In the final analysis it all depends on a political decision what will be decided. I can say the sanctions may harm Iran but it’s not a mortal blow. It makes life far tougher for them but it’s very difficult to force them to halt totally their satanic projects. Meanwhile they must be hit wherever possible. Certainly in the U.S., where there is a capability to do so. Here (in U.S.) we can expose the criminal operations of those banks.”

Why do the most important banks in the world cooperate with Iran?

Arussi: ‘In their league, the banks see only one thing: The dollar sign at the bottom of their profit sheet. I wouldn’t say that the people that run those banks are themselves terrorists but I can say that at Lloyds for example, there were very senior people who knew they were working for the Iranians. …. The Lloyds and Barclays banks carried out financial transactions with the Iranian government bank Melli that the U.S. and the UN have identified as assisting the Iranian missile project.’

How prevalent are illegal financial transitions with Iran in the international banking system?

Arussi: ‘There are more than six other banks being investigated for such activities. They are also in the same league as the three that have already been exposed’.

The Israeli intelligence estimate is the sanctions will not prove to be sufficient. Professor Mordechai Kedar of Bar-Ilan University forecasts the Iranian regime will actually escalate its efforts to acquire a nuclear bomb. Writing in Yisrael Hayom, Kedar was of the view the Iranians feel their control over the Straits of Hormuz (narrow passageway through which tankers must sail in order to ship oil from the Gulf) provides them with immunity from attack. Tehran can also be expected to expand its influence in the Gulf states some of which may cross over to Iran’s side in light of what they perceive as America’s weakness. Kedar concluded: ‘Look for the Iranian rhetoric to rise as well as the potential for war’.

Indeed there are more manifestations of concern in the Sunni Gulf states that the international community is not doing enough to stop Iran’s drive for nuclear weapons. The specter of an atomic bomb in the hands of the despised Shi’ite regime in Tehran now appears to worry the Gulf states as much as it does Israel. Memri, the Israeli website that monitors the Arabic media, translated an excerpt from a column in the Kuwaiti newspaper Al Watan on August 16th. Columnist Abdullah al-Hadlaq wrote of the futility of sanctions and diplomacy in dealing with Iran: ‘Is the international community still unaware of the fact that Iran’s Persian regime excels at dragging its feet and at deceiving the world and leading it astray with futile illusions and false hopes, while at the same time proceeding with its illegal nuclear activities? How long can the international community rely solely on negotiations with the Persian side, especially after the fascist Persian regime in Tehran has ordered the Revolutionary Guards to make preparations for an all-out war in the Middle East? …Hasn’t the time come for the international community to take action in order to prevent Iran from going nuclear?’

As for Israel, over the past year, Israel has lowered its profile on the Iranian nuclear threat. On March 2nd, IsraCast quoted Prime Minister Netanyahu from a closed door session of the Knesset Foreign Affairs & Defense Committee: “Iran is racing like an express train toward nuclear weapons while the international community is barely moving forward at the speed of a beat-up jalopy!”  However since then Netanyahu and other Israeli officials have remained on the sidelines preferring to let the diplomatic process, headed by President Barack Obama, run its course. Barring unforeseen circumstances, the Israeli government has adopted a wait and see attitude.

Apparently Jerusalem has complied with a U.S. ‘request-demand’ to sit tight. Is there a possible link with the U.S. decision to supply Israel with 20 of its stealth F-35 fighters? However the F-35s will not be arriving in Israel until well after Iran would probably have acquired the bomb, if not stopped. The bottom line is the Obama administration has succeeded in beefing up the UN sanctions on Iran albeit so far without the desired results. The problem is that even last June’s UN sanctions will take months to have a real effect and Iran’s nuclear clock appears to be ticking faster than the diplomatic.

Even CIA directer Leon Panetta sees no prospect of the sanctions deterring Tehran from acquiring a nuclear weapon within two years or so. Both the IAEA and the CIA now agree with the Israeli assessment that Iran has the required stockpile of enriched uranium and the technology to produce sufficient weapons grade uranium for several nuclear warheads. Iran has also been busy developing the other necessary components for going nuclear. The question is not if but when the Iranian leadership will take a political decision to ‘break out’ and race for the bomb. (Previously, the IAEA reported there were indications that Iran had done work on producing a nuclear warhead and the Iranians have already developed ballistic missiles that can provide an operational delivery system). Little information has leaked from Defense Minister Ehud Barak’s visit to Moscow where he was reported to have reached some agreements with Russian leaders. Again the question is whether this also included Russia’s agreement not to supply its vaunted S-300 missile defense system to Iran, that would obviously be deployed to protect nuclear installations involved in the weapons project. The Russian inauguration of the Bushehr nuclear aroused no official Israeli response, apparently due to the strict Russian control of  used nuclear by-products that could be exploited for nuclear weapons by the Iranians.

However, the Israeli-Palestinian talks are the most pressing issue on the national agenda and President Obama sees them as being related to the Iranian nuclear threat. In Obama’s view, an Israeli-Palestinian peace agreement ‘could change the strategic landscape in the Middle East’ and help him exert pressure on Iran. The President was calling for an extension of Israel’s ten month settlement freeze that expires on Sept.26th less than two weeks after Netanyahu meets with Palestinian Authority President Mahmoud Abbas and Secretary of State Hillary Clinton at Sharm el Sheik in Egypt. Netanyahu and Abbas are still at odds over the settlement building an issue that could torpedo the new round of negotiations. In the wake of Obama’s pressure, Netanyahu appears to have offered a compromise. At a meeting with Tony Blair in Jerusalem, the Israeli leader said: ‘We will not build the tens of thousands of housing units that are now in the planning pipeline. But on the other hand, Israel will not freeze life for Jewish residents in Judea & Samaria (West Bank) and we will not freeze all building’. Netanyahu and Blair also discussed the question of preconditions for the Israeli-Palestinian peace talks.

The Israeli leader said he had not set preconditions that the Palestinians would first have to accept. For example, that they first recognize Israel as the national homeland of the Jewish people. By the same token, Palestinian leader Mahmoud Abbas could demand a total freeze on settlement building or else he ‘would pack his suitcases!’ Meanwhile, Israeli settlers immediately condemned Netanyahu’s compromise and have threatened to to topple the Prime Minister if he implements it. They demand that Netanyahu keep his pledge to renew wide scale building immediately after the moratorium runs out on Sept. 26th. They declare that anything else will be tantamount to extending the building freeze although labeling it by another name. Right-wing politicians in Netanyahu’s ruling Likud party, as well in his coalition, have also demanded a full return to wide scale building after the freeze expires.

Although the Iranian nuclear issue will continue to be Israel’s major security threat in the new year, Netanyahu is trying hard to find a ‘creative solution’ to the settlement issue, if he wants to stay in Obama’s good books, which he obviously does. At the same time, the Israeli leader’s government coalition may also be threatened from within.

And this footnote: Shabak Security Chief Yuval Diskin has warned of a surge in terror attacks against Israel as the peace talks proceed with the Palestinians. On the other hand, Gen.(res.)Amos Gilad who heads the political-security branch in the Defense Ministry, has said Israel’s situation has never been better from the aspect of terrorism. But he also cautioned there were ‘dark clouds on the horizon’. Hamas, which now rules Gaza, is part of the radical Muslim Brothers movement that strives to turn the Middle east upside down and does not recognize Israel. At about the same time the two officials were speaking, two terrorists were shot and killed by IDF soldiers along the Gaza security fence. The IDF spokesman said the terrorists were spotted trying to fire anti- tank rockets at Israeli forces who returned fire. The Palestinians later said that a grandfather and his grandson were killed in the incident.