What Glen Beck can teach Israel 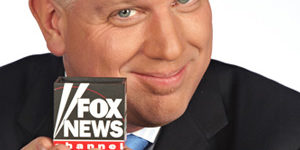 On August 28, Fox News commentator Glenn Beck confounded his colleagues in the media when he brought hundreds of thousands of Americans to the Lincoln Memorial on the National Mall in Washington, DC for a rally he called “Restoring Honor.”

While former Alaska governor Sarah Palin was the keynote speaker, the rally was decidedly apolitical. The speakers said nothing controversial. The crowd was enthusiastic but not rowdy. US President Barack Obama was never even mentioned by name. In the event, the massive crowd gathered, prayed, celebrated American military heroes, listened to patriotic speeches and songs. Then the participants picked up their garbage and went home.

So what was it all about? Why do many people see it as a watershed event?

That creed is so ingrained that it has served as the subtext of every major political and civic speech by every American political and civic leader since the eighteenth century. The American creed has two main components. First, its core belief is that America is an exceptional country and that the American people are an exceptional nation. Second, it asserts that as Abraham Lincoln first said outright, America is the last, best hope for mankind.

The reason Beck’s rally was a watershed event is that in the Age of Obama, millions of Americans for the first time feel the need to reclaim what they believe is their birthright as Americans. Because what distinguishes Obama from his predecessors is that he is the first American President who clearly rejects the American creed.

This basic truth was first brought to the public’s attention during Obama’s visit to Turkey last year. A reporter there asked him, “ you subscribe, as many of your predecessors have, to the school of ‘American exceptionalism’ that sees America as uniquely qualified to lead the world, or do you have a slightly different philosophy?”

That is, the US President said, no, he doesn’t believe in the American exceptionalism. He rejects the American creed.

Obama’s unprecedented position stands at the core of the actions he has taken and the positions he has adopted since coming into office. From his move to nationalize the American healthcare system, to his attacks on the free market; from his insinuations that his political opponents are bigoted and primitive to his effective rejection of the mantle of US superpower status and global leadership in favor of transnationalism, Obama has clearly rejected the building blocks of America’s national DNA.

And this is why Beck’s rally was important. At the rally Beck and the crowd he assembled committed themselves to repairing the damage Obama is causing. What the multitudes who congregated at the Lincoln Memorial two weeks ago understood is that America’s greatness as a nation is entirely predicated on its creed. If the creed is abandoned, while America may hang around for awhile, its path to ruin will be inexorable.

Lincoln once called Americans “G0d’s almost chosen people.” In saying that, he linked American history to the history of the Jews. Whereas the Jews singled ourselves out as the chosen people by agreeing to accept G0d’s law, in Lincoln’s view, Americans accepted the burdens and the gifts of a unique national path and mission in accepting the American creed.

The Jewish creed is predicated on the dual destiny of the Jews: to be both a nation that dwells alone and a light to the nations.

The law of Israel, the Torah, is the human path to righteousness and holiness. By obeying the laws and recognizing the frailty of mankind as a collective, the Jews comprise a distinct nation that is a blessing and an inspiration to the world.

By building our lives in the land of Israel, our birthright, the Jews are able to cultivate our heritage and perform our dual mission in relative peace and make the blessing of choseness tangible for ourselves and the world as a whole.

For 3,500 years, successive generations of Jews have understood our mission and creed. They internalized it and lived their lives by it.

Since the dawn of modern Zionism, the overwhelming majority of Jews, in Israel and throughout the world have recognized the return to the land of Israel as the harbinger of redemption for the Jewish people — and through it, for the world. This understanding has been so ingrained that it has seldom necessitated a mention.

On almost every level, the State of Israel has been an overwhelming success for the Jewish people and for the world that has enjoyed its blessings. Economically today, the Israeli economy is the envy of the world. And this is no mean feat. In its first forty-five years of independence, Israel’s socialist and otherwise economically backwards leaders went to extraordinary lengths to stifle market forces and essentially doomed Israel’s economy to sclerotic performance and basket-case status.

But the reforms enacted over the past fifteen years or so, mainly initiated and pushed through by Prime Minister Binyamin Netanyahu have transformed Israel into an economic powerhouse. Although much remains to be done to expand economic opportunity and growth, because of Netanyahu’s sound economic leadership, Israel has been largely immune to the recession now plaguing much of the Western world.

Technologically as well, as the world is now recognizing, Israel has become a pintsize superpower. As George Gilder demonstrated in The Israel Test, Israeli computer entrepreneurs created the foundations of the digital age by inventing, among other things, the microprocessor and the main components of cellular telephone technology. The world we inhabit would be inconceivable without Israel’s pioneering role in building it.

As for Judaism, it is flourishing in Israel today as it never has at any time in the past two thousand years. The Jewish people emerged from the brink of annihilation 65 years ago to build a Jewish state whose population is more learned in Jewish law than any Jewish community has ever been. More Jews study in institutions of Jewish learning in Israel than have studied at any time in our history. And even non-observant Jews live Jewish lives in Israel to a degree their families could never have enjoyed or imagine just four generations ago.

Israel’s extraordinary success is marred by but one failure. Since Theodore Herzl’s untimely death in 1904, Israel has lacked a leader who recognized the importance of espousing the Jewish creed both to the world and to the Jewish people. That is, since Herzl, Israel has lacked leaders who have understood the first principle of statecraft. For a nation to flourish and succeed over time, its leaders must assert its creed with utter confidence both to their own people and to the world at large. They must assert their nation’s creed with complete confidence even to leaders who reject it. And they must never give anyone else the right to deny their people their identity.

Throughout history, anti-Semites have sought to deny Jews the right to define ourselves by replacing our creed of law and holiness and homeland with a false creed of conspiracy and avarice and rootlessness. Today the instruments anti-Semites employ to tell Jews who we are involve accusations against a monstrous “Israel lobby,” and an attempt to deny our rights to the land of Israel.

Jews have survived repeated attempts to destroy us not because we have argued the finer points of the anti-Jewish narrative of the day, but because we have been faithful to our creed. That is, we have not survived by attacking anti-Semitic slurs, but by loyally upholding our truth.

Yet in Israel, rather than proudly assert the extraordinary, tenacious and indeed miraculous nature of our people, our law and our land, our leaders have turned our creed into a bargaining point. And if this course is not soon abandoned, it will be our undoing.

Our leaders are leading us astray by insisting that it is possible to achieve peace in the near term with our neighbors. Peace today is impossible because our neighbors reject at least two of our national creed’s three components: Jewish nationhood and the Land of Israel.

This evening we begin our observance of Rosh Hashana. The bible describes Rosh Hashana as the day of trumpeting. When we assemble in prayer and blow the shofar, we engage in a loud and boisterous celebration of national unity and uphold our sacred birthright to our religious heritage and the land of Israel.

At his rally Glenn Beck reminded us of the importance of loud, boisterous celebrations which recommit nations to their destiny and creed. Yet what Lincoln referred to as “the mystic chords of memory” cannot only be recalled in times of celebration. Like the American nation, for the Jewish nation to survive and prosper, that creed must resonate in all we do on all the other days of the year when the trumpets are silent.

It is my prayer for the coming year that our leaders take a measure of strength from our people and our creed. I pray that they recognize that it is both their sacred duty and their great privilege to confidently represent and defend our exceptionalism and our destiny as the nation of Israel.