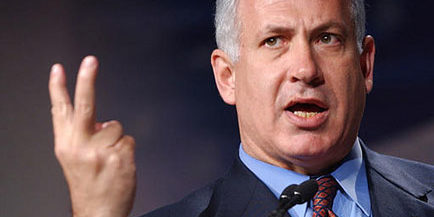 In her recent column in The Jerusalem Post, “The New Netanyahu?”, Caroline Glick writes, “The most distressing aspect of Netanyahu’s enthusiastic participation in a process the Israeli public rationally opposes is that it is him doing it.”

Caroline Glick, today’s most insightful columnist on the subject of Israel, has been uncharacteristically slow on the subject of Netanyahu, defending his actions during his first tenure in office. She has even gone so far as to argue in his defense that “man is incapable of perfection. We were created in God’s image, but we are not and will never be divine.”

So it’s refreshing to see that Glick has finally thrown away her rose-colored glasses to see Netanyahu the way he ought to be seen – as just one in a line of purportedly right-wing politicians who changed tune once elected, bowed to international pressure, and adopted a policy risking Israel’s existence.

It’s not a new Netanyahu that we see, but the same Netanyahu – a man who showed his stripes during his first term in office. It didn’t take Shmuel Katz long to figure the man out. In “A Very Pernicious Process” (January 27, 1997), he wrote of Netanyahu’s betrayal of his mandate:

Neville Chamberlain, Baldwin’s successor as conservative leader, led Britain into the appeasement of Hitler, into Munich, and into World War II. And so Binyamin Netanyahu in 1996 won an election he would surely have lost had he told the people what he was going to do as prime minister. The majority that voted Netanyahu into power was moved by the deep-seated belief that the “peace process” was a transparent confidence trick, a process which, if consummated, would lead to an Arab-Israeli war, with Israel reduced to a state of utmost vulnerability.

They refused to ignore the frank, indeed vehement, declarations by Yasser Arafat and other Arab leaders that the national objective – enshrined moreover in the Palestinian National Covenant – was the destruction of the Jewish state and the concomitant dispersal of its Jewish inhabitants.

They believed that the conflict with the Arabs was not over border modifications but over possession of the Land of Israel; that surrenders of territory not only weakened Israel strategically but increased the Arabs’ confidence that, this time, they would win the war they were planning.

Netanyahu’s voters refused to ignore the massive armaments undeniably piling up in all the neighboring Arab countries.

No less strong was a widely shared sense of the need to overcome the defeatism that had become a hallmark of Israeli government policy; and of the need to stem the grinding down of the moral fiber of a segment of the Jewish population. In that segment it has become a commonplace that “if we do anything Arafat doesn’t like and to which he may respond with terrorism, we must refrain from doing it; we must give in, give up, withdraw, or at least postpone, and wait for the ‘right time.’ For all this, and more, Binyamin Netanyahu was voted into power. Symbolically, his first political “act” was to prevent MK Avigdor Kahalani from renewing in the Knesset the resolution for a mandatory requirement of a special majority for ceding national territory.

Today, Netanyahu has entered a “peace process” whose end goal is a “two-state solution,” in other words, reducing Israel down to the ’49 Armistice lines and dividing its ancient capital. This will entail uprooting some 300,000 Israeli residents whose growth rate is triple that of the entire Israeli population. They will be replaced by a terror state, whose army has been trained in advanced tactics thanks to U.S. instructors and who will soon be joined by a flood of volunteers and arms, which will be put to one purpose, the end goal – Phase II of the two-stage plan for Israel’s destruction.

Glick sounds a note of distress at the end of her piece as she casts around for a savior. “With Netanyahu now joining the ranks of those who attack Israel’s defenders as enemies of peace and claim that defending the country is antithetical to peace, who is left to defend us?”

Experience suggests the answer is not to be sought from Israel’s political echelon. The likelihood of armed conflict increases with each negotiation. In the end, though awful to contemplate, Israel’s survival will depend on the fighting spirit and morale of the 18-year-olds in the IDF. Let’s hope they win, and that a better leadership emerges from their ranks than Israel has thus far produced.