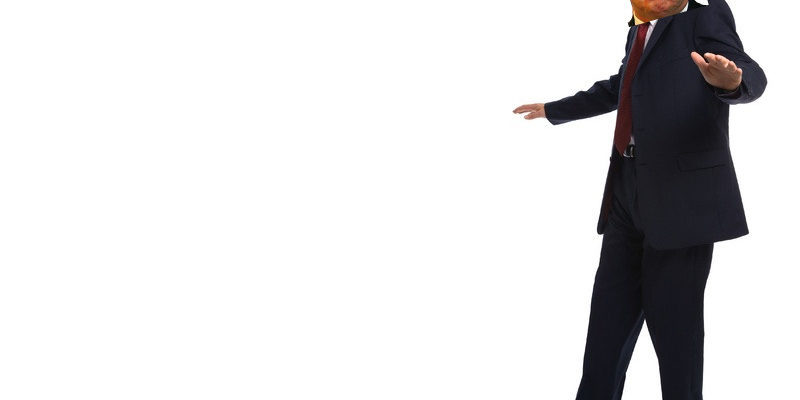 What are the prospects for the new round of Israeli-Palestinian peace talks when the leaders of both sides agree on only one thing – they view the maximum concessions by the other as not meeting their minimum demands? Israel’s Prime Minister Binyamin Netanyahu and Palestinian Authority President Mahmoud Abbas have repeatedly made clear they have basic demands that neither leader is willing to accept. This applies to the core issues such as borders, security arrangements, Jerusalem, refugees and last but not least, settlements. It is nothing new; it’s been going on now for seventeen years, ever since Prime Minister Yitzak Rabin and PLO leader Yasser Arafat signed the Oslo Accords on the White House lawn back in 1993. So nothing is easier for politicians and pundits to pontificate on the talks being doomed to failure. However, there are some differences on both sides. The Arab world, with the exception of Syria, appears to be more more supportive of an Israeli-Palestinian accord than ever before.

The Iranian nuclear threat is making its impact. On the other hand, the Palestinian camp is riven by West Bank Palestinians who say they are ready to cut a deal with Israel and radical Hamas in Gaza who vow to annihilate the Jewish state. On the Israeli side, Prime Minister Netanyahu’s clarion call is ‘Security First!’ Although the Likud leader has now agreed to the establishment of a Palestinian state in Judea & Samaria, the sacred soil of the Jewish people, this must not be at the expense of Israel’s security and future survival. And Netanyahu adds that only if Israel is secure will its enemies be ready to live in peace. Now this is a total departure from the approach of nearly all Israeli governments that tried to make peace with the Palestinians since Oslo. Prime Ministers Yitzak Rabin, Shimon Peres, Ehud Barak and most recently Ehud Olmert, all told the Israeli public that ultimately only peace could bring security. And the cornerstone for this approach was the ‘territory for peace’ slogan that became the mantra for peace between Israelis and Palestinians. But rightly or wrongly, Netanyahu contends this approach has failed and in light of past experience the only sensible conclusion is that only security will bring peace and not vice versa.

Today, there is no runaway euphoria in Israel in advance of the upcoming peace talks. The general attitude is: ‘We’ve already seen that movie and there was no happy end’. That was not the case in 1993, when the highly respected Yitzak Rabin, fresh from his election victory, embarked on the Oslo process with Yasser Arafat. It should be noted the Labor party platform had stated that the party was not opposed to the establishment of a Palestinian state. This was interpreted by both the Left and Right as signaling that the ‘legitimate and political rights’ for the Palestinians would be statehood. Oslo was perceived as a corridor, five years of good – neighbor relations, leading ultimately to ‘Palestine’. Yigal Amir, Rabin’s assassin, certainly believed so. It is also true that after Oslo, Palestinian terrorism continued unabated with scores of Israeli civilians being murdered and maimed by terrorists. Yet Rabin carried on with the peace process declaring: ‘The quest for peace must continue as will the war against terrorism!’ But what later became abundantly clear was that Arafat thought he could pressure Israel into greater concessions with terrorism. In Israeli eyes, Arafat’s statecraft was tantamount to that of a pyromaniac setting fires and then racing to the scene pretending to be the fireman putting out the blaze. The Palestinian suicide bombers, given a wink on the side by Arafat, blew crowded buses to smithereens here in Jerusalem and Tel Aviv. In the midst of such carnage was it any wonder that Israeli voters rejected super- dove Shimon Peres, Rabin’s successor, in the subsequent election? At the time, Likud leader Netanyahu had no problem making the case against the danger of a Palestinian state.

At Camp David II, Ehud Barak followed the ‘peace will bring security’ approach as later did Ehud Olmert in contacts with Mahmoud Abbas. However Israel’s concessions, no matter how far reaching, were never enough. In between Barak and Olmert , Ariel Sharon under pressure from U.S. President George Bush accepted the Roadmap peace plan. Sharon then went unilateral himself by implementing his own unilateral withdrawal from Gaza because Abbas as a leader was a ‘ featherless chick’ who could not make a deal stick anyway. (If this was the case, there could be no negotiations on the West Bank with the Palestinians). Sharon pledged that Israel would hit back hard if the Palestinians continued rocketing Israel from Gaza, which Hamas actually escalated after its takeover. The bottom line was that Israelis saw the vision of ‘territory for peace’ degenerate into the nightmare of ‘territory for terror’.

Past experience does not bode well for present peace efforts. But how will the new round inaugurated in Washington differ from previous peace parleys? West Bank Palestinian leader Abbas has been pressured to attend not only by the U.S. but also by the Arab League, primarily Egypt. On the other hand, Iranian backed Hamas in Gaza and Damascus has accused Abbas of selling out the Palestinian cause. The peace talks have become a microcosm of the current regional match-up between moderate Arab states and Iran. Prime Minister Netanyahu has shown he is aware of the ramifications by recently visiting Egyptian President Mubarak in Cairo and Jordan’s King Abdullah II in Amman to impress upon them his sincerity in wanting to advance Palestinian peace. The Arab leaders by saying; ‘Don’t tell me, show me!’ They back the demand of Abbas that Israel must extend the settlement freeze when it expires on Sept.26th. Otherwise, Abbas warns that he will walk out of the peace talks. Netanyahu is loathe to continue the freeze for several reasons. Such an extension could trigger the breakup of his Right wing coalition and possibly a split in his own Likud party. Moreover, the PM has been contending that he has set no prior conditions for going to Washington, nor should Abbas. Building in settlements, like everything else, can be raised at the conference table not in advance. This argument also holds that extending the freeze would signal Israeli readiness to withdraw from nearly all of the West Bank, although future borders must be negotiated. So Israeli hardliners are facing off with Palestinians hardliners. There appears to be little room for ‘constructive ambiguity’.

The PM has stated his three main goals that he will be seeking in the peace talks. First, security arrangements that will stand the test of time and not just worthless paper agreements. Second, a finality of all claims and that settles the Palestinian refugees in the Palestinian state not in Israel. Third, the Palestinian recognition of Israel as the home of the Jewish people, something very basic to the conflict and which the Palestinians have always rejected out of hand. Netanyahu has set a ‘tall order’. But might Palestinian movement on these issues between Sept.2nd and Sept.26th. help defuse the tension over the settlement freeze?

The terms of reference have yet to be finalized for the negotiations. With Abbas so weak, Netanyahu should take a page out of Sharon’s book. Back in 2003, Sharon succeeded in making the Roadmap a sequential peace process – every clause had to be fully implemented before moving on to the next. (The first clause called for an end to Palestinian terrorism). Although the Roadmap has long fallen by the wayside, the sequence approach should also be adopted by Israeli peace-makers.

Netanyahu will have to walk a tightrope in Washington – first to convince Abbas and Obama that he is really serious about peace-making, while also reassuring his Right wing supporters back home that he is not giving away the store.