Why Palestinians Will Not Accept Advice from Arabs 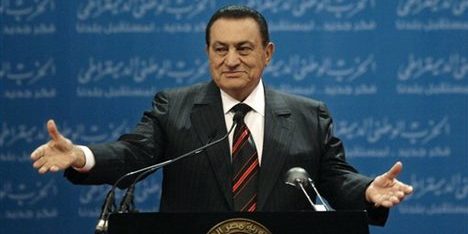 Shortly after Mahmoud Abbas was elected president of the Palestinian Authority in January 2005, Egypt’s then President Hosni Mubarak was asked what advice he would give Palestinian leaders.

Mubarak, in an interview with the Al-Arabiya television network, replied:

“There has to be a new thinking about the Palestinian issue. Otherwise, we will continue to say no. We have been saying no for the past 50 years, and that is why we missed many opportunities. We said no to the Partition Plan, and in 1967 we said no to recognizing Israel in return for a withdrawal . At the time, we said that what was taken by force can only be restored by force.

“They have rejected everything. Now we are in a swamp. The Palestinian people are suffering due to the economic crisis. In my view, the Palestinian leadership now needs to give peace a chance. They need to sit at the negotiating table. This will send a message to the people that there is hope for peace.”

For the past three years, Abbas has cut off all ties with the US administration to protest President Donald Trump’s recognition of Jerusalem as the capital of Israel. Since the beginning of this year, Abbas has rejected Trump’s vision for peace in the Middle East, known as “Peace to Prosperity,” and suspended all ties with Israel, including security coordination.

What Abbas has done is to reject peace with Israel and prosperity for Palestinians to appease Hamas, Turkey and Qatar.

Instead of talking to the Americans, the Israelis and Arabs who support the idea of making peace with Israel, Abbas is now talking to Hamas, Turkey and Qatar. Last week, he sent a senior delegation of his ruling Fatah faction to Istanbul to discuss with Hamas leaders the possibility of holding long overdue elections for the PA presidency and Palestinian parliament, the Palestine Legislative Council. The two parties said they have agreed to hold new elections within six months. Previous agreements between Fatah and Hamas, however, were never implemented as the two sides continue to engage in a power struggle over money and power.

The latest Fatah-Hamas discussions were held under the auspices of Turkish President Recep Tayyip Erdogan, who is also opposed to the peace accords between Israel and the two Gulf states. After the meeting, the Fatah delegation, headed by Jibril Rajoub, flew to Qatar in a bid to win its backing for any agreement reached with Hamas. The Qataris have long been leading supporters of Hamas, an offshoot of the Muslim Brotherhood organization. Continue Reading….