Israel and the Sino-Iranian Alliance 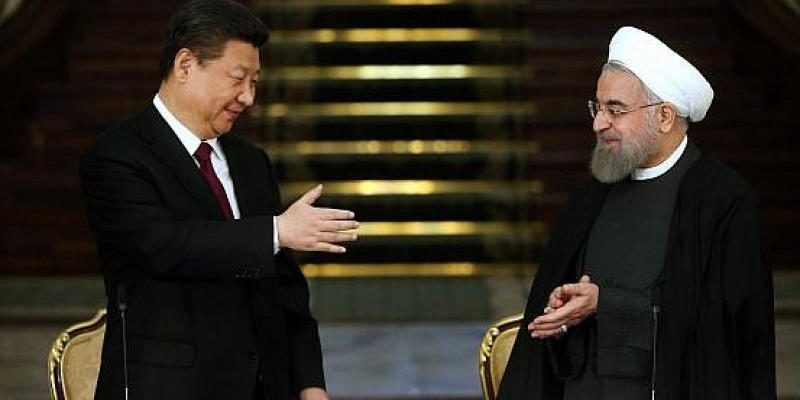 When Chinese President Xi Jinping visited Teheran in 2016, most observers dismissed the significance of the move. The notion that Beijing would wreck its relations with America, the largest economy and most powerful global superpower, in favor of an alliance with Iran, the world’s greatest state sponsor of terror was, on its face, preposterous.

But despite the ridiculousness of the idea, concern grew about Sino-Iranian ties as Iranian political leaders and military commanders beat a path to China’s door. Now, in the midst of the global recession caused by China’s export of the coronavirus, the preposterous has become reality.

Following weeks of feverish rumors, Iran and China have concluded a strategic accord. Last weekend, the New York Times reported on the contents of a final draft of the agreement.

In its opening line, China and Iran describe themselves as “two ancient Asian cultures, two partners in the sectors of trade, economy, politics, culture and security with a similar outlook and many mutual bilateral and multilateral interests.”

Henceforth, they, “will consider one another strategic partners.”

Substantively, the deal involves Iran supplying China with oil at below market prices for the next 25 years and China investing $400 billion in Iran over the same period. China committed to expanding its presence in the Iranian banking and telecommunication sectors. Among dozens of infrastructure projects, China will construct and operate ports and train lines. China will integrate Iran into its 5G internet network and its GPS system.

The implications of the deal are clear. China has opted to ignore U.S. sanctions. Beijing clearly believes the economic and diplomatic price it will pay for doing so will be smaller than the price the U.S. will pay for the diminishment of its position as the ultimate arbiter of global markets.

For Iran, China is a life raft saving it from total economic collapse under the weight of U.S. economic sanctions.

Following the naval maneuvers, Iran’s naval chief Rear Admiral Hossein Khanzadi told the Chinese media the exercise showed, “the era of American invasions in the region is over.”

The draft agreement speaks of intelligence cooperation, joint research and development of weapons systems and Chinese use of Iranian ports in the Gulf of Oman.

Diplomatically, the deal places the U.S. on a collision course with the UN Security Council. Washington’s efforts to extend the UN arms embargo on Iran past its expiration date in October will not succeed.

This leaves the U.S. with only one option for diplomatic efforts to prevent Iran from importing advanced weapons platforms: triggering the “snapback sanctions” clauses in UN Security Council Resolution 2231 which set the conditions for implementing the 2015 nuclear deal between Iran, the permanent Security Council members and Germany.

The “snapback sanctions” clauses enable parties to the resolution to force the automatic reinstatement of all the Security Council sanctions against Iran which were suspended with the implementation of the nuclear deal in 2015. In light of Iran’s extensive breach of the deal’s limitations on its nuclear work, as a party to Resolution 2231, the U.S has the power to activate the clause.

China, Iran, Russia and the EU argue that despite the clear language of 2231, the U.S. is no longer authorized to trigger the reinstatement of sanctions because it left the nuclear agreement in 2018. Consequently, if the U.S. triggers the restoration of the sanctions, the move is liable to precipitate a diplomatic struggle within the UN and beyond as states are compelled to choose sides. Either they will align themselves with the U.S. and actual international norms and laws or they will stand against the U.S. and with China and Iran and fake “international law.”

For Israel, the Sino-Iranian pact is a strategic inflection point. The deal has two immediate implications from Israel’s perspective. The first is operational.

The possibility that China will soon be actively assisting Iran in its pursuit of nuclear weapons makes the continuation and expansion of the various unexplained explosions at Iranian nuclear and other strategic facilities a matter of highest urgency.

Some of the Iranian opposition reports regarding the Iranian-Chinese deal claim Iran agreed to the permanent deployment of Chinese military forces on its territory. If these reports are accurate, it means those forces may become a tripwire. Any attack against Iran’s strategic facilities could set off a much wider war in which China would be directly involved and fighting on behalf of Iran. Continue Reading…