Israel Will Always be a Jewish state 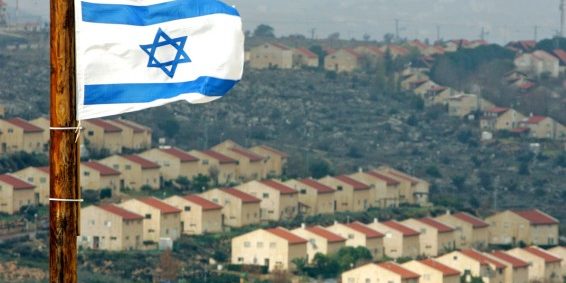 It is not surprising that at a time when nearly all the American values that have served our nation for generations are being rejected upon the flimsiest and most dangerous of theories, an Upper West Side pundit named Peter Beinart would throw Israel into that woke cauldron of mayhem and destruction. What is surprising is that anyone cares; that even The New York Times would give his absurd ideas any air to breathe.

Beinart’s advocacy of a binational state to replace the Jewish State of Israel is far more insidious than it may appear at first glance. That advocacy, if actualized, would ultimately destroy Israel and bring as calamitous a result as the destruction of the First and Second Jewish Temples in 586 BCE and 70 ACE, respectively. For this reason, almost everyone who actually lives in Israel categorically rejects Beinart’s view.

When I first got to my post in 2017, I met with nearly all the past and present experts in charge of Israel’s security. I asked them all, “what is Israel’s greatest security risk? Is it Iran, Hezbollah, Hamas, Islamic Jihad, ISIS al-Qaeda, etc?” The answer was identical among all the respondents: Israel’s greatest security risk was a binational state from the Jordan River to the Mediterranean Sea.

Peter Beinart presumably knows this. And while no one can stop his misguided virtue signaling to his fellow radicals, I can’t help but wonder why anyone is taking this nonsense seriously. Why is an American Jew living in Manhattan given a platform to advocate for Israel’s destruction against the wishes of the citizens of Israel, including those politically to the Left? Why are some American Jews so uncomfortable with the notion of a Jewish state that they become acquiescent to the latest outcries of the left-wing mob? There are dozens of Muslim states and Christian states around the globe and nobody seems to mind; why can’t there be a single, tiny Jewish state?

The insanity of Beinart’s position is that he believes a bi-national state, which will destroy Israel, is the appropriate outcome that should result from the failure of the two-state solution. But why has that solution failed? Because the Palestinian leadership has refused offer after offer, because it pays terrorists to kill Israelis, because it incites hatred against Jews, and because it is deeply unpopular, corrupt and cruel to its own people. Beinart’s solution: let’s reward the Palestinian leadership for its malfeasance and give them control of not just Judea and Samaria but potentially all of Israel itself!

The two-state solution is not dead, it has just morphed from an unattainable illusion to a pragmatic and realistic plan to end a century-old conflict. President Trump’s Vision for Peace proposes an achievable means for the Palestinians to self-govern within the bulk of Judea and Samaria without jeopardizing Israel’s security.

The Palestinian people have the opportunity today for real independence and to put an end, once and for all, to the hatred and violence that has impeded their advancement. The world stands by with an offer of massive financial assistance in the form of investment, not handouts, so that legitimate Palestinian aspirations may be realized. Sadly, the Palestinian leadership appears poised to miss this opportunity just as it has missed every other opportunity since 1947.
The answer to the Palestinian leadership’s antisemitic prejudice and bad faith rejection is not Israel’s disappearance. Israel’s existence as a Jewish state is every bit as just and compelling today as it was at the time of its founding in 1948. The State of Israel is the culmination of 2000 years of Jewish prayer and sacrifice; it is the restoration of an ancient people, a valley of dry bones come back to life in the words of the prophet Ezekiel. It will always be a Jewish state.