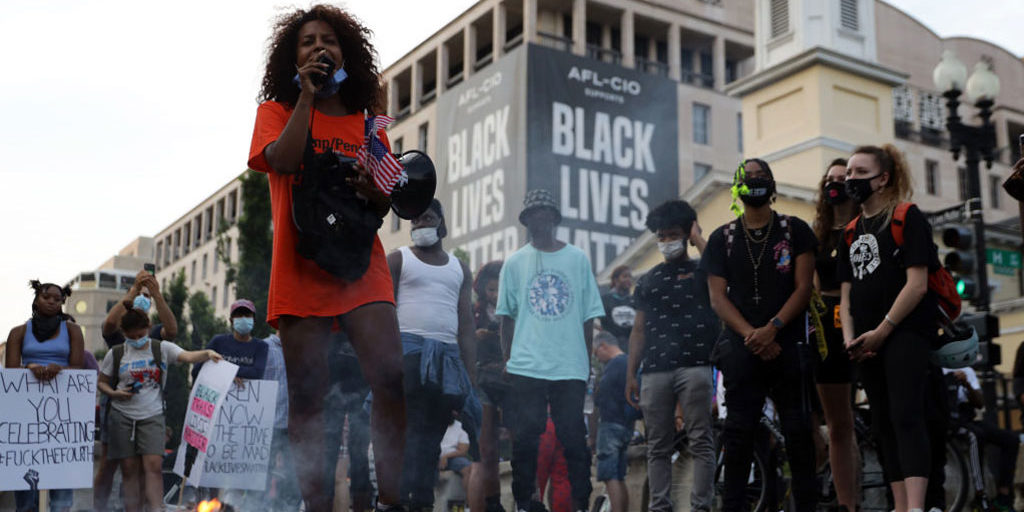 Black Lives Matter (BLM) protesters took a U-turn into blatant antisemitism recently – that’s if you don’t count targeting Jewish businesses during the riots in Los Angeles as a function of antisemtism.

At a rally in Washington, D.C. lead by Harvard student Christian Tabash, protesters could be heard chanting their accusations that the Jewish state murders children.

Amid calls alternating between “Black Lives Matter and “Palestinian Lives Matter,” the protesters intoned, “Israel, we know you; you murder children, too.”

Tabash explained that the Palestinian cause is “intrinsically tied to Black Lives Matter” since “American capitalism” and the state of Israel were both founded on the repression of minorities.

Tabash also promoted the common antisemitic canard that Israel is the “puppet master of continents,” meaning that Jews run the world.

It wasn’t the first time BLM has veered into antisemitism and, judging from how the movement – which has embraced all the intersectional causes celebres du jour — it won’t be the last.

In fact, some correctly noted it was only a “matter of time.” Continue Reading….