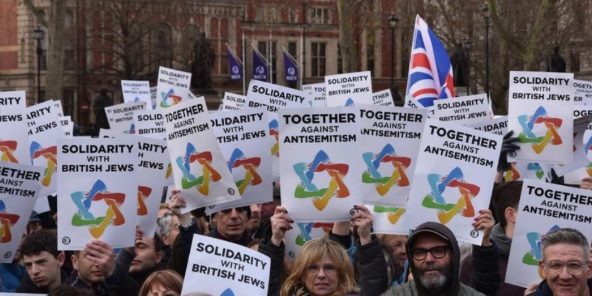 “The biggest threat is still the threat from the right,” Interior Minister Horst Seehofer said following the release of the crime report. “We must remain alert and tackle it. It is an order of magnitude that accompanies us with concern, with great concern.”

The German government’s new report flies in the face of major EU reports: In November 2018, the EU’s Agency for Fundamental Rights (FRA) published a report, “Antisemitism – Overview of data available in the European Union 2007–2017,” which quoted the European Commission against Racism and Intolerance (ECRI) as stating that in 2017:

“The main perpetrators of antisemitic incidents are ‘Islamists’ and radicalised young Muslims, including schoolchildren, as well as neo-Nazis and sympathisers of extreme-right and, in some cases, extreme-left groups”.

Germany was among the countries surveyed.

In another major survey conducted by the FRA and published in December 2018, “Second survey on discrimination and hate crime against Jews in the EU”, it was concluded that:

Germany was among the 12 member states surveyed. Continue Reading….