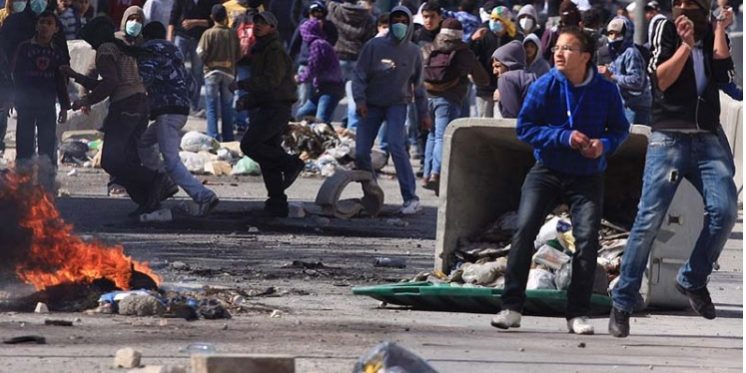 The former head of Israel’s National Security Council, Brigadier General Yaakov Amidror, warned about a third intifada that would erupt in Judea and Samaria in response to Prime Minister Benjamin Netanyahu’s promise to impose Israeli sovereignty on parts of the 1967 liberated territories come July 1, and the announcement of Palestinian Authority Chairman Mahmoud Abbas that he was withdrawing from the security cooperation with the Israeli government.

Amidror told Reshet Bet radio on Sunday: “Even without the sovereignty, the IDF takes into account that this could happen. The previous intifada erupted without sovereignty. It’s something that the IDF must prepare for.”

“There is no doubt that the Palestinian street will be more explosive if happens,” Amidror said. “Up until now, 90% of the fighting against Palestinian terror was the responsibility of the Shin Bet and the IDF. Now that there is no security coordination, it will be less convenient. The IDF must be ready to carry out its assignments without Palestinian support.”

Retired General Amidror is part of a massive propaganda effort against the imposition of sovereignty, an effort involving much of the mainstream media as well as a group of retired IDF officers led by former Major General Matan Vilnai, who in early May flooded Israel’s media with a biased survey showing that a majority of Israelis objected to the sovereignty. Naturally, the results of a survey depend on the phrasing of its questions. Incidentally, a rightwing group published its own survey which was skewed in favor of sovereignty.

Netanyahu’s coalition partners Blue&White are also engaged in the effort to prevent the sovereignty (incidentally, there is one major linguistic difference between the two sides: the right calls it imposing sovereignty, meaning it’s an area that already belongs to Israel and only requires the legal formality; the left calls it annexation, meaning it’s someone else’s land that Israel is appropriating).

Against the backdrop of the impending start of the process of applying sovereignty in Judea and Samaria, senior Blue&White officials have told reporters in recent days: “We cannot stop or prevent the application of sovereignty. If Netanyahu decides he will go for it, it is in his hands.” Continue Reading….